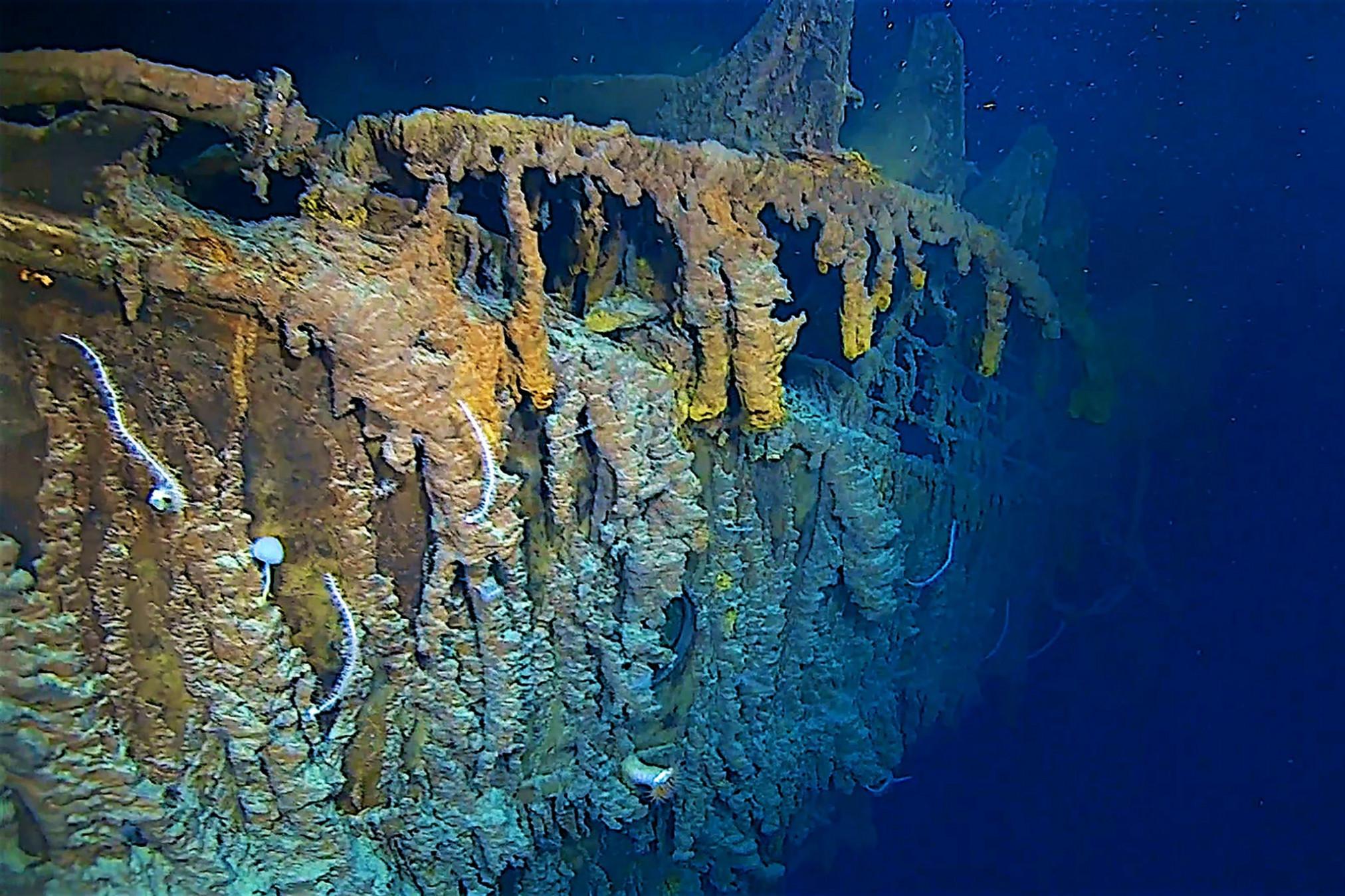 The legendary shipwreck of RMS Titanic is succumbing to a combined assault of rust, corrosive salts, metal-eating bacteria, strong currents and colonies of deep-sea creatures, with some of the most-iconic areas already gone.

A team from US-based Triton Submarines were making the first visit in nearly 14 years, and over the course of five dives in the 4.6-metre DSV Limiting Factor submersible, were shocked at how parts of the vessel had deteriorated. The crow’s nest has vanished. The forward mast has collapsed. The captain’s cabin has collapsed, burying the bathtub that had been visible on past expeditoons, and the poop deck has also given way.

Patrick Lahey, the president of Triton and who surveyed the wreck himself during one of the dives – which were filmed by Atlantic Productions for a forthcoming documentary – commented: “It was kind of a cool thing to see the ocean reclaiming it. The massive shipwreck is being consumed by the sea and returned to its elemental state.”

The Titanic has been on the seabed some two miles down on the seabed off Newfoundland since it sank that fateful evening on 15 April 1912. More than 1,500 people died in the tragedy.