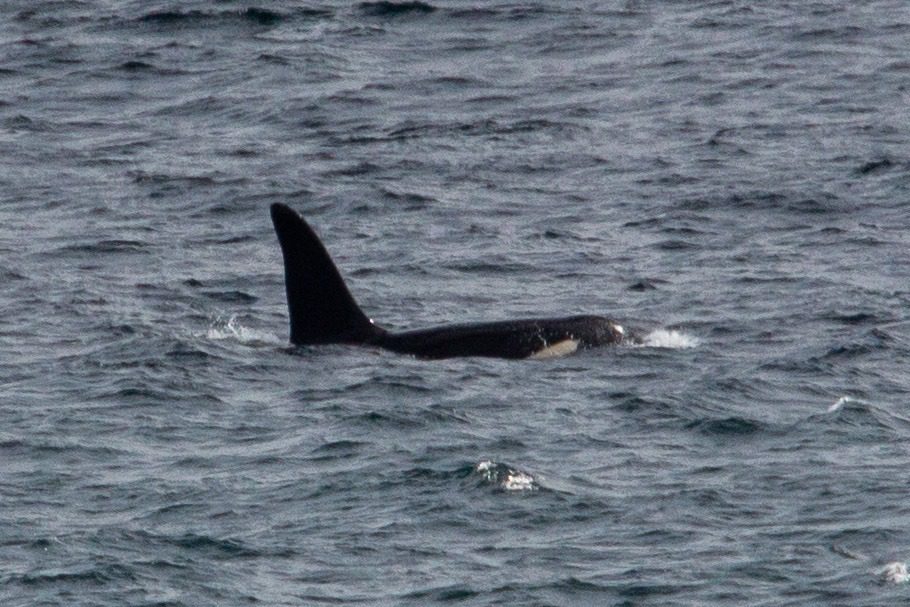 Two killer whales have been sighted off the coast of Cornwall, the first time members of the UK's only resident pod have been seen this far south.

The two orca, identified by the shape of their dorsal fins and patches of colour near their eyes, are called John Coe and Aquarius, and are part of the West Coast Community, a pod of eight killer whales that are normally seen around the Hebrides.

Members of the Cornish Wildlife Trust spotted the orca off the west coast of Cornwall, near the Minack Theatre in Porthcurno.