Cave diver Jill Heinerth is releasing her highly anticipated autobiography “Into The Planet: My Life As A Cave Diver” in August 2019.

She’s a diver with plenty of accolades under her belt, as a 2017 NOGI Award recipient and the first person — man or woman — to dive into an Antarctic iceberg. She also led a team into a Mexican cenote that found the remains of a Mayan civilisation.

The book covers the crucial decisions that can determine whether divers live or die in underwater caves, as well as the challenges of pursuing a career as a female diver. She also writes about the sad experience of having to recover a fellow diver’s body from an underwater cave.

Heinerth also writes about her work with scientists to find new underwater species, track our changing climate, and measure how much freshwater remains on earth.

Heinerth’s “Into The Planet” comes out August 27th, 2019 in book and audio formats. Check out the awesome cover below! 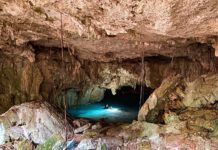 The mental and physical challenges of cave exploration 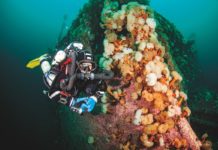