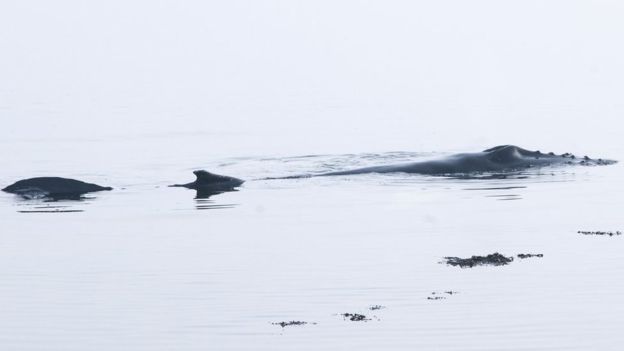 A juvenile humpback whale was discovered in less than two metres of water off the shore in Dunstaffnage Bay, Oban, on Thursday morning, but thankfully seems to have made its way back to deeper waters.

The whale, which was estimated to be seven to nine metres long, was found at 8am between a pontoon and a Scottish Association for Marine Science (SAMS) laboratory, facing in towards land in shallow water. 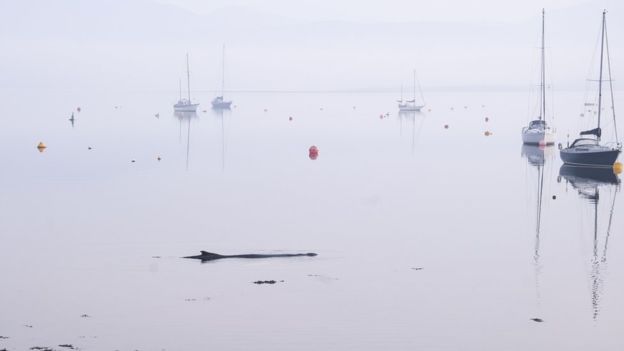 Heidi Holland, British Divers Marine Life Rescue (BDMLR) Argyll and Bute Co-ordinator, was on-site within 15 minutes, and commented: “BDMLR were called out to a live stranding of a sperm whale at the SAMS facility near Oban, but on arrival, it was found to be a juvenile humpback whale stranded in very shallow water.

“In attendance were coastguard, RNLI, Police Scotland and the fire brigade, as well as representatives from the university and SSPCA. After assessment, the decision was made to observe and protect, as the whale was making efforts to turn itself and tide was incoming, and within a few hours, it had done a 90 degree turn and swam out towards deeper water.

“The police, coastguard, SAMS staff and fire brigade all did an amazing job supporting us and working together.

She continued: “A drone was deployed to check the whale’s condition and to see if there were any entanglement issues, which thankfully all came back as being well. I am pleased to report the whale has been observed swimming out to deep water after some period of re-orientation and rest, and there have been no further reports or sightings.”