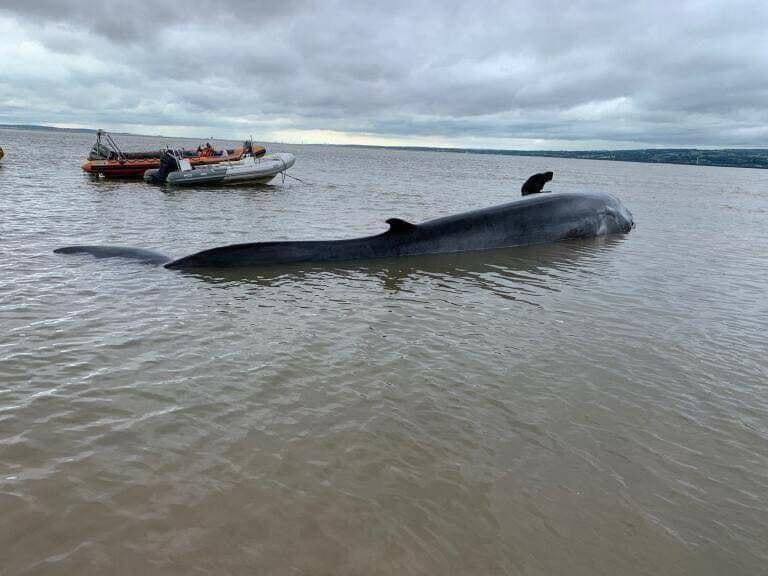 Hopes are rising for a fin whale that was stranded earlier today in the Dee Estuary in North Wales, according to BDMLR Marine Mammal Medics who are on the scene.

As reported this morning on the Scuba Diver website here, MMMs arrived at the site to find the whale fully beached on the sand. The plan was to try and refloat the animal – a juvenile they estimated as around nine metres long – once the tide came in, but there were fears it was still reliant on its mother, and so its chances of survival were slim.

However, the latest news is that the mammal has floated on the incoming tide and is beginning to swim towards the open sea. The MMMs managed to measure it more accurately at around 13.5 metres, which is very close to the size when they have weaned and are independent, and it was described as being of ‘moderate body condition', so there is some hope it can survive by itself – if it can find its way back out of the estuary and not restrand.