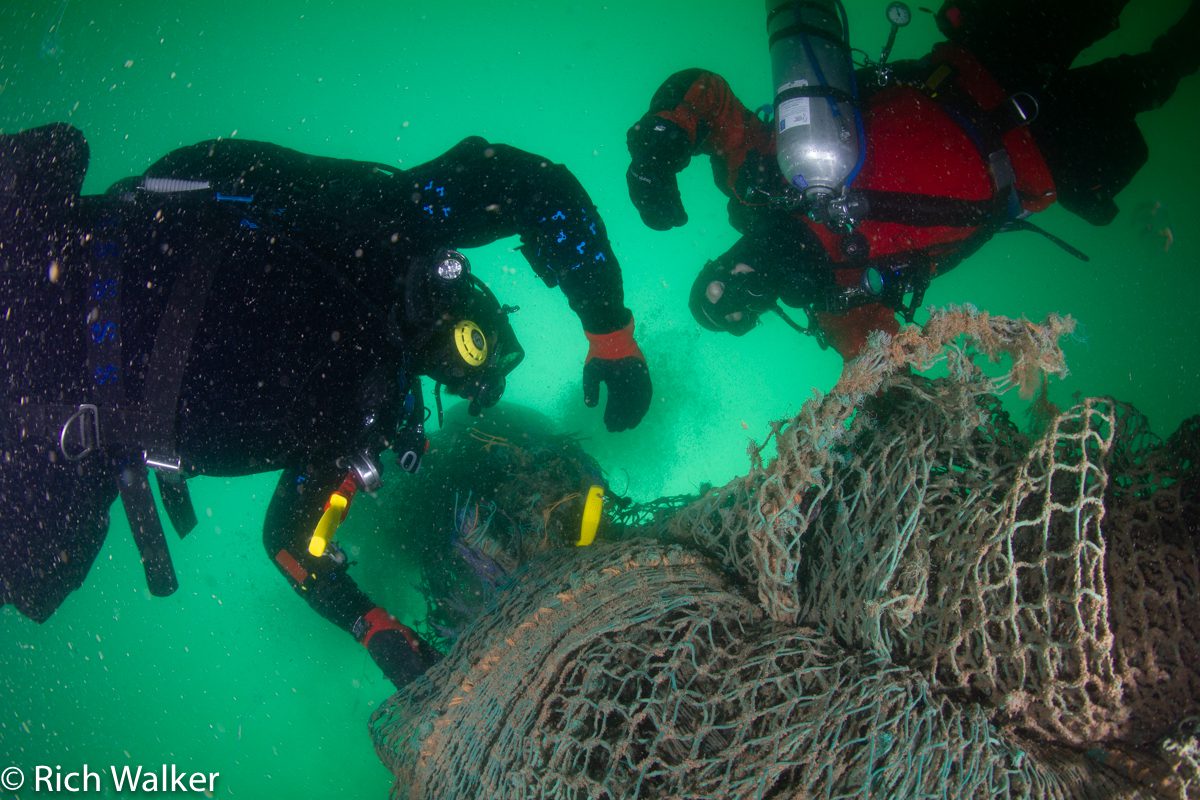 The ocean conservation charity Ghost Fishing UK has teamed up with award-winning innovation Ocean Plastic Pots, in the first recycling initiative of its kind in the UK.

The charity consists entirely of volunteers, most of whom are scuba divers who give up their free time to survey and recover lost fishing gear. Despite several initiatives on the continent, meaning shipping filthy fishing gear across Europe for sorting, cleaning and recycling, the charity were keen to find a solution on their home soil.

In a stroke of luck, charity trustee Christine Grosart came across Ally Mitchell at work and the idea grew. Glasgow-based Ally had been involved in the salvage of tonnes of plastic pieces from a grounded vessel off the coast of Scotland. He wanted to see if he could make something from the plastic waste. After a few experiments, Ocean Plastic Pots was born.

Ocean Plastic Pots has since won awards at the Chelsea Flower Show and were also recipients of a Prime Minister's Points of Light Award for Sustainability and innovation.

Christine explains; “Ally was a saturation diver – a deep sea diver working in the North Sea. I was the medic on board the same dive vessel and to me, he was just another diver. That was until everything changed when one day he asked to speak to me – in his high-pitched, Mickey Mouse voice caused by all the helium he was breathing at 150m!
Luckily I speak ‘helium' and he was insanely excited to tell me all about this new idea he had about turning fishing nets into plant pots.

“His business was still in its infancy, but we were super keen to send some of our polypropylene nets his way. They had been recovered from the ocean by the volunteer divers of Ghost Fishing UK and stored, awaiting a recycling pathway.

“No such pathway existed in the UK at the time and only specific types of material were being accepted for upcycling – and that had to be shipped across Europe. This meant that the large majority of our nets could not be recycled. Until now.”

Polypropylene was the waste material from lost fishing nets that nobody wanted. But to Ally, it was extremely valuable and his plant pots are made entirely from polypropylene.
He took the lion's share of the haul of ghost nets that Ghost Fishing UK recovered from 2021, which comprised 16 survey and 19 recovery dives, resulting in 180 individual dives by the volunteers.

The Ghost Fishing Uk volunteers are poised to undergo another mammoth effort sorting and cleaning the nets they recovered this year, ready for recycling and transformation into yet more award winning plant pots.

Ally said: “As a diver, I've been a long time supporter of Ghost Fishing UK. I was delighted to be able to recycle their recovered ghost nets from the sea and put them back into our products, which benefit the environment”.

He has gone a step further and trained with the Ghost Fishing UK team, using his background expertise in commercial diving to good use. He is in a unique position to see the process through right from underwater recovery to the final end product.