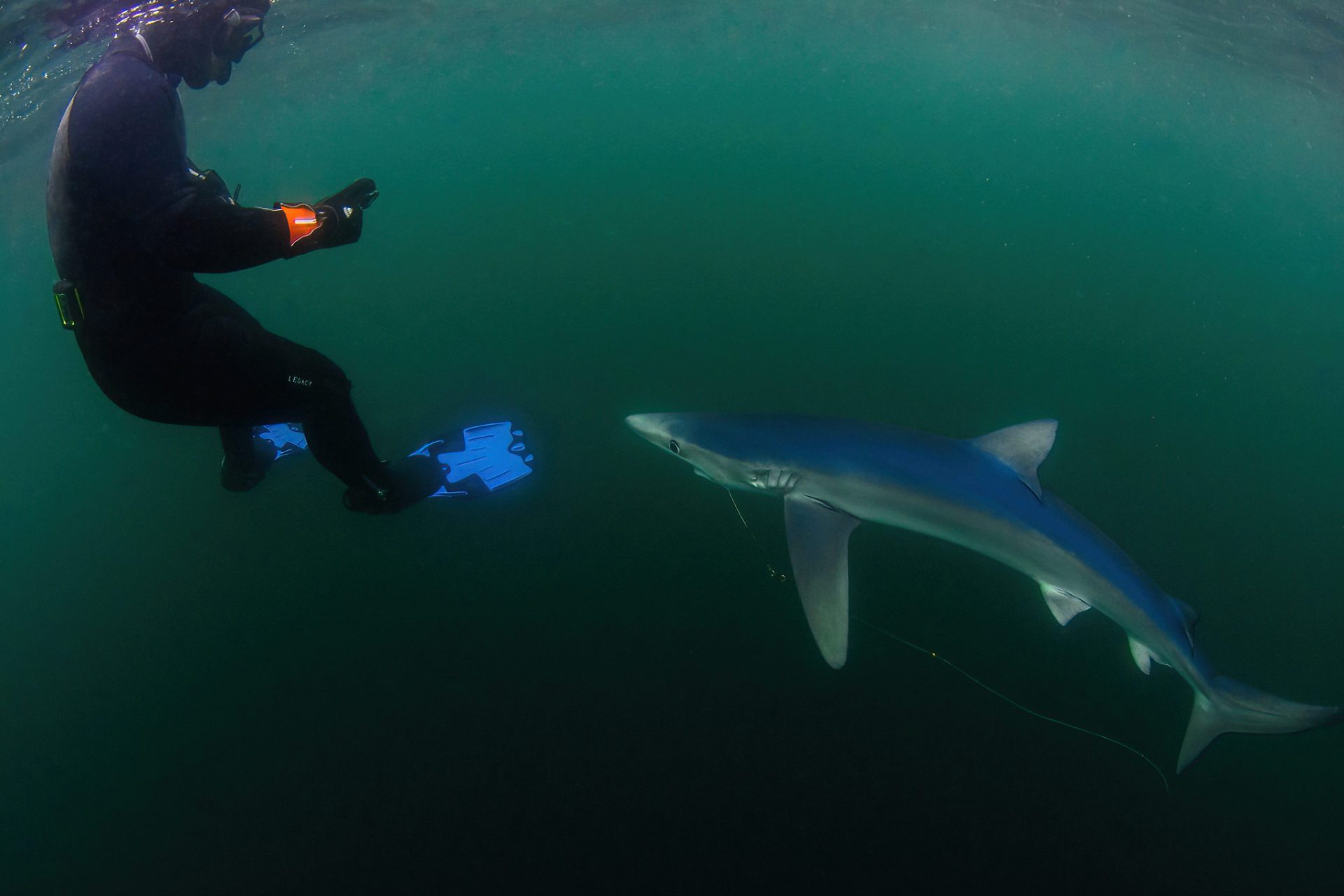 A snorkeller suffered a leg injury after being bitten by a blue shark while on an organised shark-snorkelling trip off the coast of Cornwall.

The incident occurred on Thursday 28 July, but is only making the news now – and as you'd expect, the mainstream media are having a field day about ‘a shark attack off the UK coastline', with many failing to mention that the woman in question was many miles offshore on an organised trip that uses frozen chum in the water to bring in the blue sharks for close encounters. In fact, many made it sound as if the incident occurred in the shallows off the shoreline.

The injured party was brought back to the shore by the team from Blue Shark Snorkel, where they were met by Penzance Coastguard Rescue Team, who assisted with the transfer to paramedics, who offered initial treatment. She was then taken to hospital for stitches before being released.

Blue Shark Snorkel released a statement, which said: “As we know, these things can happen when we choose to interact with wild animals in their own environment. The last thing we want is to let speculation drive the media into a world of bad press for the sharks, under no fault of their own.”

Blue Shark Snorkel added that they have ‘tried to understand why it happened and are in talks with shark experts', but at the end of the day, sharks are wild animals and these things can happen. In their FAQs, they even state ‘We provide the guidance and advice but you swim with them knowing there is a risk'.

The injured snorkeller made a statement, in which she said: “I just wanted to say that despite how the trip ended, it was amazing to see such majestic creatures in the wild and I don’t for a second want this freak event to tarnish the reputation of an already persecuted species.

“I wanted to thank everyone for their amazing actions. What was a very scary incident was made so much easier by the kindness and calmness of the people around me.

“Thank you to the trip team for getting me back to shore quickly and carefully and making me feel as safe as I possibly could.”

She added: “We all take these risks when we enter the habitat of a predator and we can never completely predict the reactions of a wild animal.”