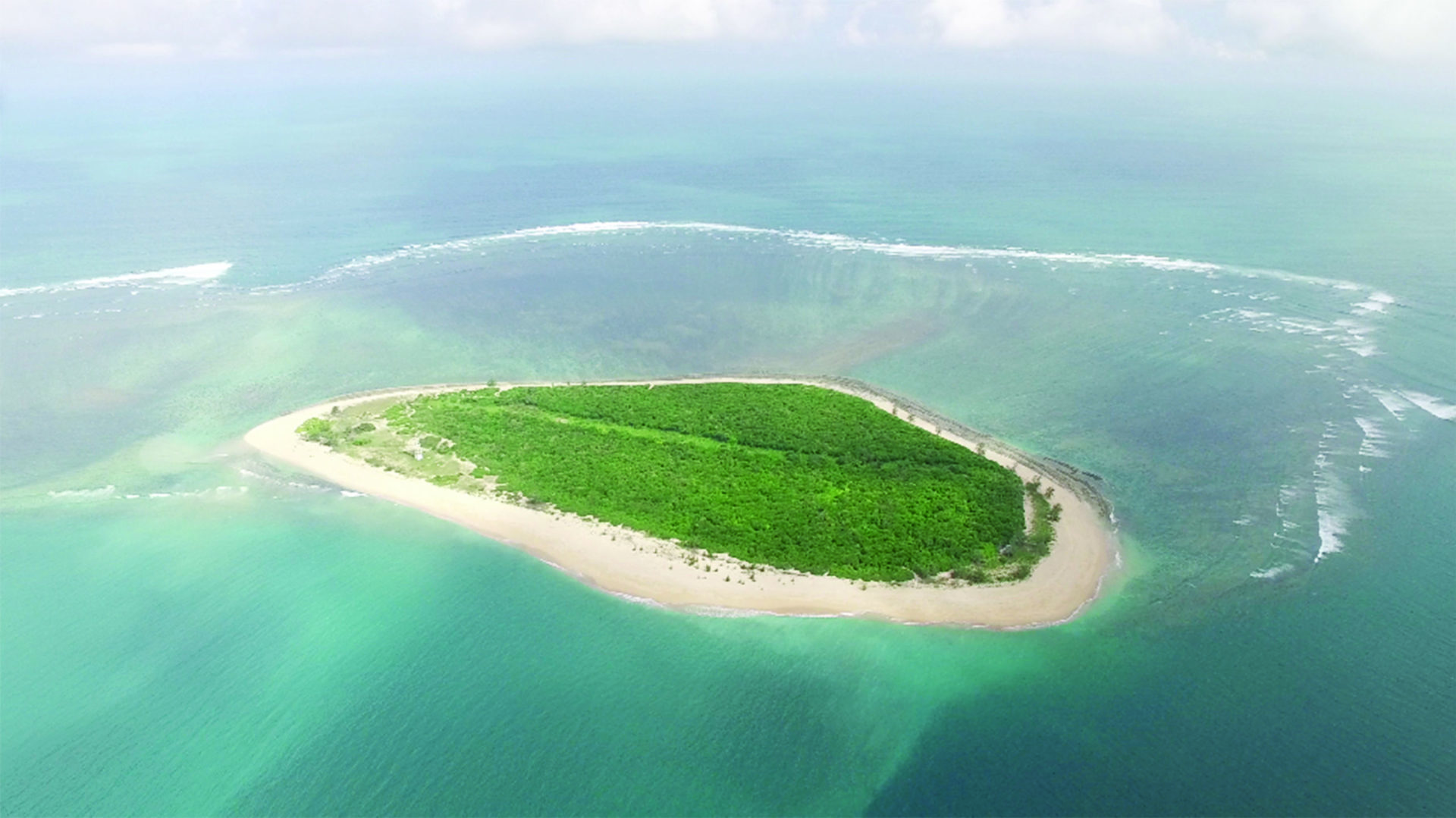 Once ravaged by poachers, Ilha do Fogo is now the centre of conservation on the northeast coast of Mozambique, and soon, it will be opened up as an exclusive, luxury retreat, focused on scuba diving and eco-tourism, by Fire Island Conservation.

Since the discovery of poaching activity upon the new owner’s first visit to the island, Fire Island Conservation has set up a small anti-poaching unit, and this human presence has prevented further plundering. Now, the team is busy developing the island for exclusive eco-tourism, to subsidise the conservation and anti-poaching projects. By July 2022, the scuba diving resort will be receiving tourists.

Forming part of the Primeiras e Segundas Environmental Protection Area, it is essential that the environmental integrity of the island’s habitat remains intact. The team has enlisted the help of BOXA, a construction tech company, that has designed the buildings on the island to ensure minimal impact on the environment. The BOXA units are constructed to ‘float’ above the ground, leaving existing ecosystems and vegetation intact.

With conservation at the forefront of the development, each unit at Fire Island Conservation's resort will have solar panels on the roofs and all amenities on the island will be entirely powered by solar energy. Currently, there is no fresh water on the island, but a rainwater harvesting system will be constructed, using sundomes and a small desalination plant.

Fire Island Conservation has been in talks with some renowned biologists about launching a marine research facility on the island, with the purpose of collecting data on the marine life to feed into international projects. The critically endangered hawksbill turtle and endangered green turtle were once victims on the island, and will instead be protected by the conservation and research projects.

Scuba divers can expect a unique opportunity to explore the incredible fauna and flora around the island’s 150km of flawless reef, boasting over 450 corals, turtles and countless other marine life. Ilha do Fogo is also situated on the historical passage of De Gama’s trade route, with exciting shipwrecks having been discovered nearby, that are perfect for wreck dives.

“Tourists will have the opportunity to help us to identify the fauna around the island’s unexplored reef. It is a highly unique, exclusive, bucket-list dive trip, for any marine life enthusiast. Of course, our sustainability ethos is carved into everything we do, and our goal is to connect our guests to nature, while protecting our environment,” said Jan van Deventer, COO, Fire Island Conservation.

Who are Fire Island Conservation?

Fire Island Conservation was born when Robert Koski purchased Ilha do Fogo almost a decade ago. Bob and Jan van Deventer discovered that it was ravaged by poachers during their first visit to the island, and sadly, hawksbill and green turtles were the main victims of the poaching. Bob’s dream of a resort-style development on the island was put on hold for almost a decade, while a marine conservation action plan was put in place to protect these imperilled species.

Ilha do Fogo is an essential turtle nesting site, and a turtle monitoring programme was created to help ensure their nesting process is unimpeded. This is one of many projects established to empower local communities, providing an alternative income opportunity to poaching. These community and conservation projects are supported by eco-tourism efforts, which include eco-luxury lodges across Africa. The retreat currently being developed on Ilha do Fogo has been carefully considered and planned in such a way that it will not impact the environment in any way, and will incorporate the conservation efforts.