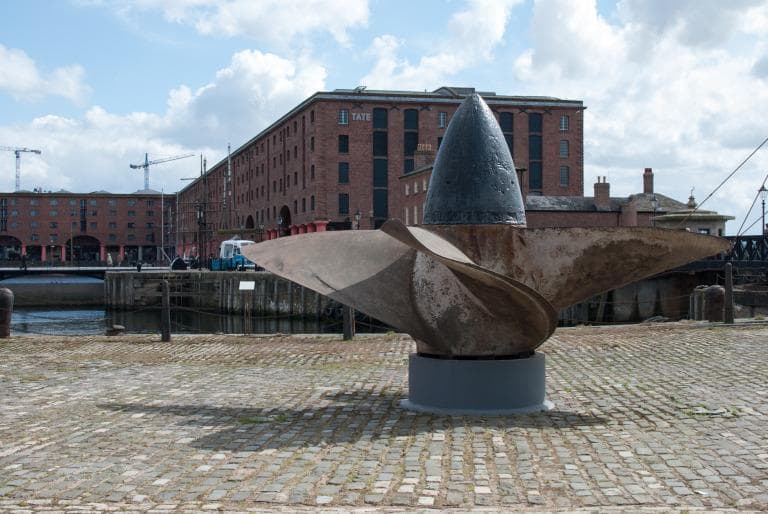 One of the gigantic props from the Lusitania can be seen at the Merseyside Maritime Museum.

Masterpieces by the likes of Rembrandt, Monet and Rubens with a potential value of some €300 million lie within the crumbling remains of the Lusitania, and could potentially be recoverable within a decade.

It has long been rumoured that the priceless cargo – numbering some 24 paintings – had accompanied owner Hugh Lane on board the ill-fated liner in 1915, allegedly stored inside lead pipes, which it is assumed will have offered protection from its watery home some 90m down off the west coast of Ireland.

Now, at a meeting of the Orieachtas Committee on Culture, Lusitania Museum / Old Head Signal Tower Heritage group chairman Con Hayes explained that the next ten years offered a window of opportunity for a massive salvage operation to recover precious artefacts – including the legendary paintings – from within the iconic shipwreck, especially as it further deteriorates and new areas open up for exploration. But he also warned there was a huge risk that items could be stolen if nothing was done.

Fine Gael’s Tim Lombard commented that it would be ‘a tragedy’ if major artworks were lost due to unfortunate weather or sea conditions, and that for a sizeable salvage mission to get the go-ahead, permission must be sought from the Department of Arts.

The Lusitania, which until May this year was owned by American Gregg Bemis, has now been signed over to the Old Head of Kinsale Lusitania Museum. This proposed museum is still in the design throes, but could be a huge tourist attraction in the area, and Bemis said he hopes that as many artefacts as possible can be recovered from the wreck to be displayed within the museum.