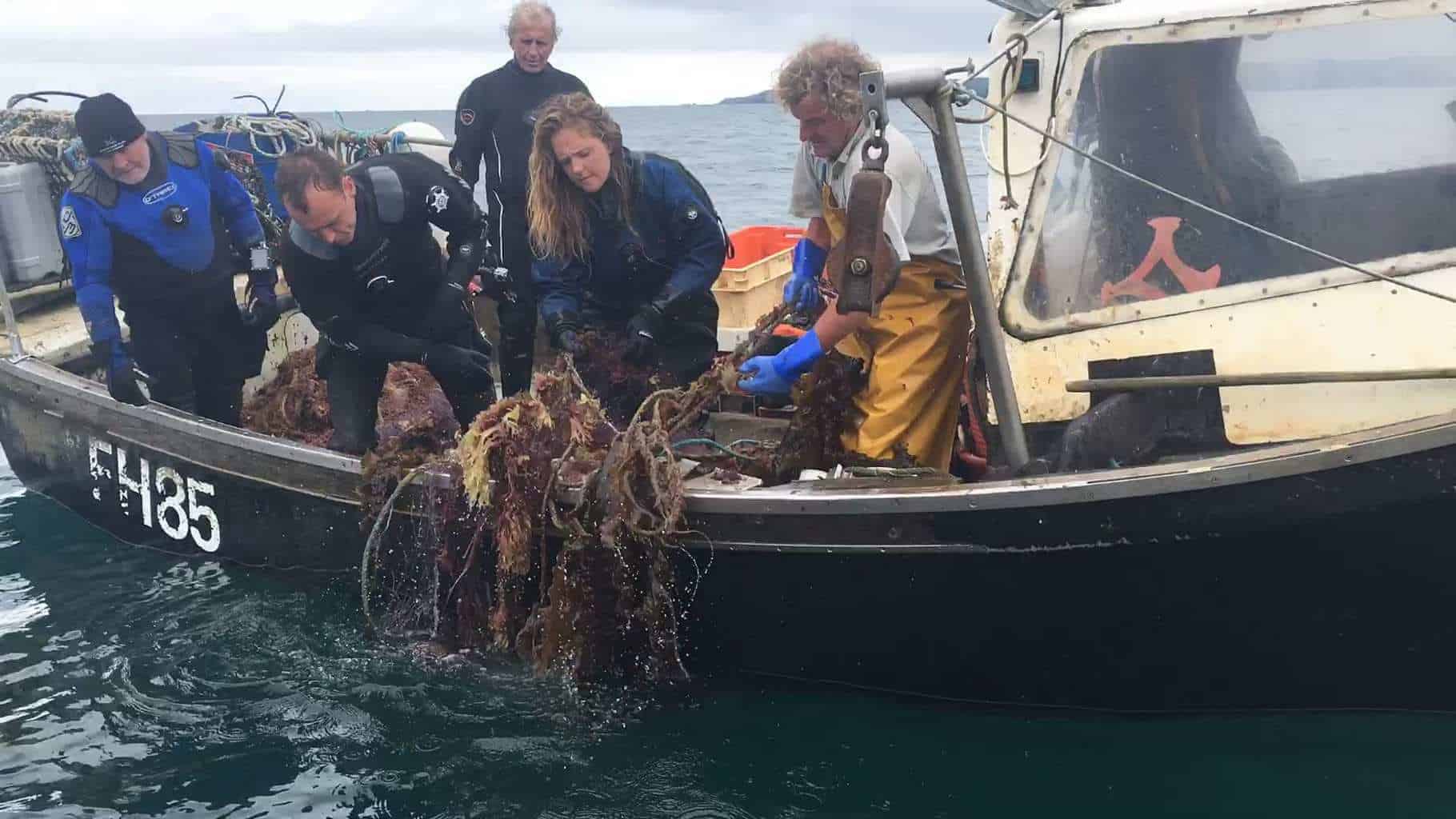 A group of volunteer divers, led by Mark Milburn from Atlantic Scuba, went out into Falmouth Bay recently to release 700 juvenile lobster for the National Lobster Hatchery, and ended up salvaging a lost fishing net that was ghost-fishing invertebrates and other sea dwellers.

The chosen location for the lobster release was just off of Rosemullion Headland. Diving in two groups, Mark dived with the first group, who descended and released around half the lobster, before heading along the reef to do a little exploring. It wasn't long before they came across a piece of net, standing four to five metres from the seabed, which they realised continued a long way and was stretched across the reef. Within a few metres they came across some spider crabs caught in the net, and started to cut them free. 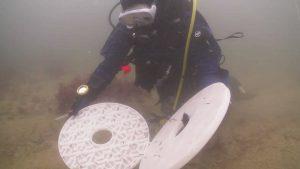 Once they had released the crabs, placing them some distance away, they continued along the net, and soon found it had dozens of spider crabs, brown crabs and lobster trapped along its length, stretching out for over 100 metres across the reef. The divers left a surface marker buoy in place for the second group to locate the net, as the first thought was that it was going to be a very dangerous and time-consuming operation to remove the net. The first group headed for the surface, where their boat came to collect them, and dropped a buoyed anchor by the surface marker buoy, which was then recovered.

While the second group was kitting up, a local fisherman, Tim Bailey, came across to see if the representative from the National Lobster Hatchery was on board. She hadn't gone out on the boat but had returned to the hatchery in Padstow. Mark told Tim of the net, explaining its size and direction as best he could from what he had seen. Tim kindly offered to help recover the net using his mechanical hauler aboard his boat, as it would be a lot safer than divers trying to do it. 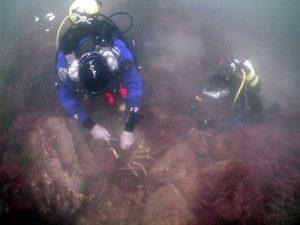 The second group entered the water and descended down the buoyed anchor line. Once they reached the seabed, they released the rest of the baby lobster, then tied the anchor to the rope of the net. Once they competed their dive, Tim picked up the buoyed line and attached it to his hauler. Four of the divers went aboard his fishing boat to help bring the net aboard. For over 30 minutes they pulled and hauled at the net, slowly dragging it aboard. Eventually they managed to bring the whole net aboard, with an estimated length at well over 100 metres. Once back at harbour, more fishermen came to help Tim with the disposal of the net.

“How many creatures it has caught and killed will never be known, it won't be able to kill any more,” said Mark.