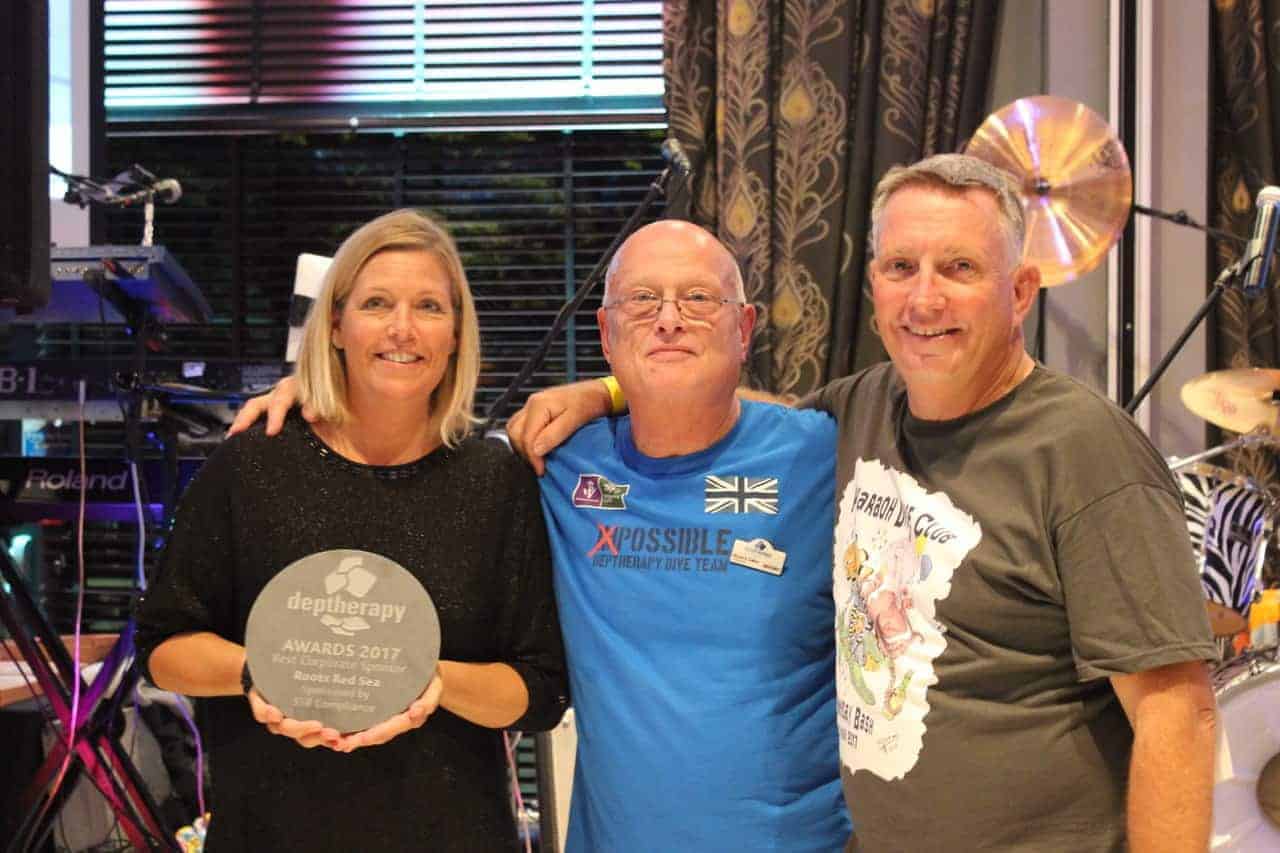 The Deptherapy Awards Ceremony, the first of its kind for the charity, took place in conjunction with the Pharoah Dive Club 10th Anniversary Bash at the Village Hotel, Solihull. The evening event, which was attended by over 200 ticket holders and organised by Steve and Clare Rattle, was a celebration of ten successful years of Pharoah Dive Club and Roots Red Sea. The Anniversary Bash was also recognition of the special partnership that exists between Deptherapy and the Egyptian dive resort, which hosts the majority of the charity’s overseas training programmes.

Deptherapy Ambassador, Board Member and PADI AmbassaDiver Gary Green hosted the Awards. Gary started the proceedings with a moving presentation about his time in the British Army, his medical discharge and subsequent battle with PTSD, and how his discovery of scuba diving through Deptherapy had literally saved his life. Eloquently describing both his personal journey and the transformative power of scuba diving, Gary was given a standing ovation at the end of his presentation. 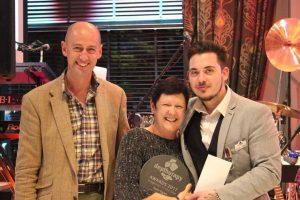 Fourteen awards, each individually sponsored and beautifully etched onto Welsh slate, were presented during the evening. The winner of each award had been selected from a nominated shortlist by a judging panel that comprised Deptherapy's President Air Vice- Marshall Jon Lamonte, Chair Richard Cullen and Vice Chair Daimon Haywood, Alice Farrow from Cobseo (The Confederation of British Service Charities) and Stuart Croxford, Consultant to the Royal Foundation's Endeavour Fund.

As the awards were presented, the winner’s inspirational stories were shared. One of the most-emotional presentations was The Endeavour Award, which was given to the individual programme member who in the judges’ opinion ‘best encapsulated the Royal Foundation’s Endeavour Fund criteria of Ambition, Adventure and Achievement and who has best utilised their endeavours to promote and catalyse their recovery’. The Endeavour Award was given to former Infantryman in the Mercian Regiment, Steve Atkin, who has conquered both serious physical and mental injuries, including acute PTSD that rendered him unable to leave his home for several years.

Steve Atkin encapsulates the spirit of Deptherapy. Steve credits the charity with ‘giving me back my direction in life, rebuilding my shattered confidence and broken soul, as well as returning a father and husband to my family’.

Now a Deptherapy Ambassador and PADI AOW, Deep and Wreck Diver, Steve actively supports other programme members in their recovery. 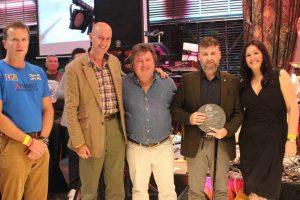 Steve’s Atkin’s award, as with all the awards of the evening, were presented by special guests Major General Paul Nanson CBE, Commandant of the Royal Military Academy Sandhurst, who was accompanied by his ADC Major Tony Bryant, and Air Vice Marshall and renowned underwater photographer Paul Colley.

The full list of Deptherapy award winners is as follows:

Achiever of the Year
Winner: Andy Searle
Sponsored by: Sam and Rowan Egan

The Judges’ Award and Contribution to the Development of Deptherapy presented to Richard Cullen
Sponsored by: Decotta Law

The Pharoah Dive Club 10th Anniversary Bash and Deptherapy Awards raised over £6,000 for the charity. Additional donations over the course of the DIVE 2017 weekend raised an extra £2,000 in much-needed funds.

Deptherapy would like to thank all their supporters, corporate sponsors, programme members, nominees and winners, including all those individuals on the Deptherapy Board and in the wider Deptherapy Family for a tremendously successful event and their continued support.