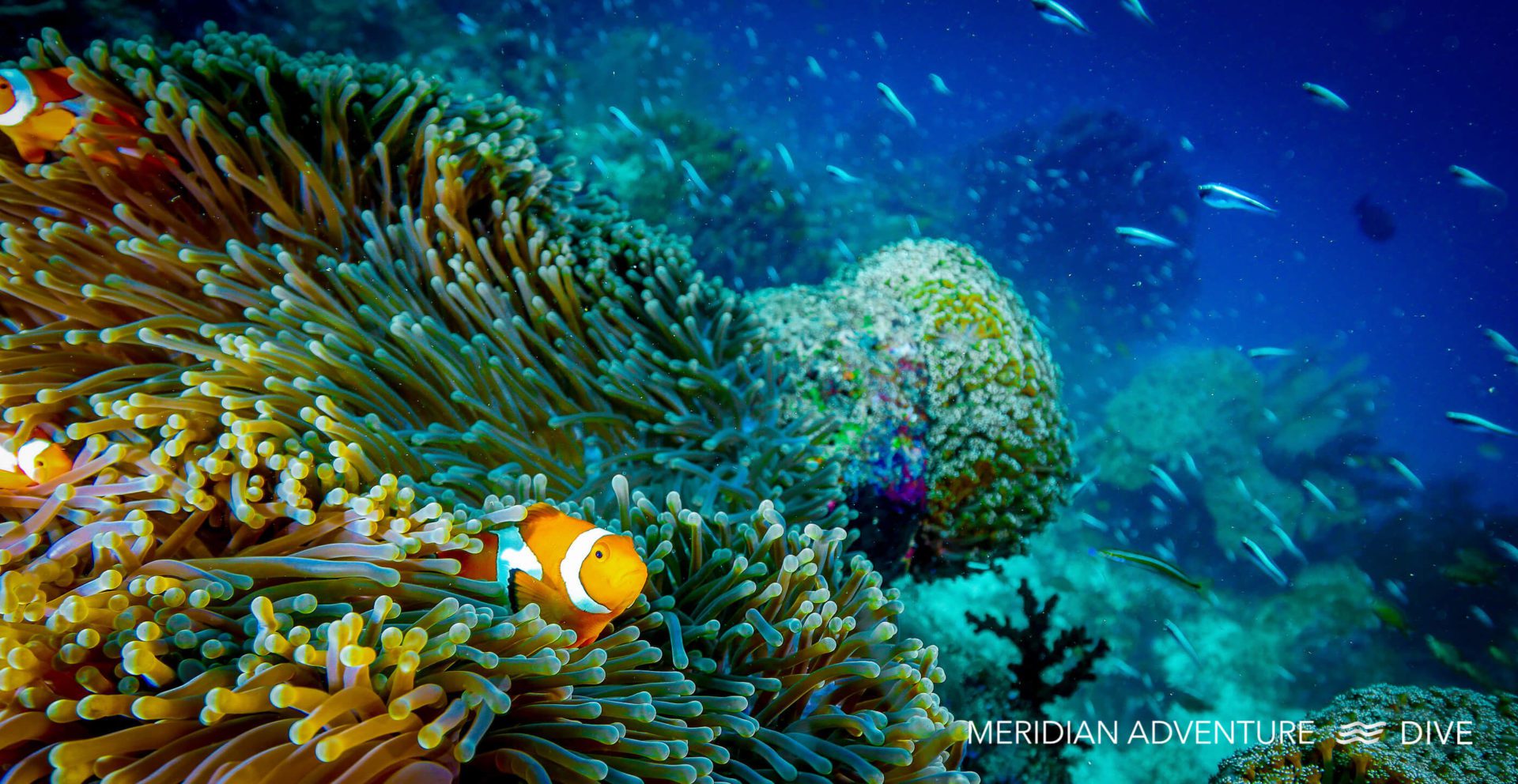 Raja Ampat is rightly known as the most biodiverse marine ecosystem globally. The abundance of healthy coral reefs and marine species is a diver’s dream. The Clownfish is one of our favourite marine creatures that you can see during your visit to the region.

While clownfish might have found their fame from Finding Nemo, these distinctive fish are much more interesting than an animation film can ever do justice. Also known as Anemonefish, Clownfish are primarily found in the warm waters of shallow and sheltered reefs in the Pacific and Indian Oceans, and there are about 30 different identified species.

Besides the famous bright orange and white striped variant, these comic fish sport colours ranging from reds to blacks. Some are even classified as false Clownfish. As a diver, you might be best served to carry a fish identifying slate or capture the little critter on camera to identify exactly which species you have encountered.

These fish are mostly found living in a symbiotic relationship with anemones. In many cases, these will match colours to provide natural camouflage, and while there are thousands of anemone species, less than twenty of these can support this relationship. In some instances, a single pair of clownfish will be the only ones ever to call a single anemone their home.

These fish primarily feed on various plankton species, algae, dead parts of the anemone, smaller snails, scallops, nudibranchs, squid, and other invertebrates when the opportunity arises. In most cases, this will result from the anemone capturing larger prey and the Clownfish scavenging the leftovers.

Clownfish males are role model Dads; they will do all the preparation, guarding, and maintenance of the nest, and while the males play the role of caretakers, the females oversee the school. All Clownfish are born male but will change sex when their partner dies, or the school has lost several females to balance out the group.

While diving in Raja Ampat, keep an eye out for these cute critters hiding in the colourful anemones. Often you will even encounter an aggressive female who will fiercely defend her territory, trying to intimidate you despite her small size.