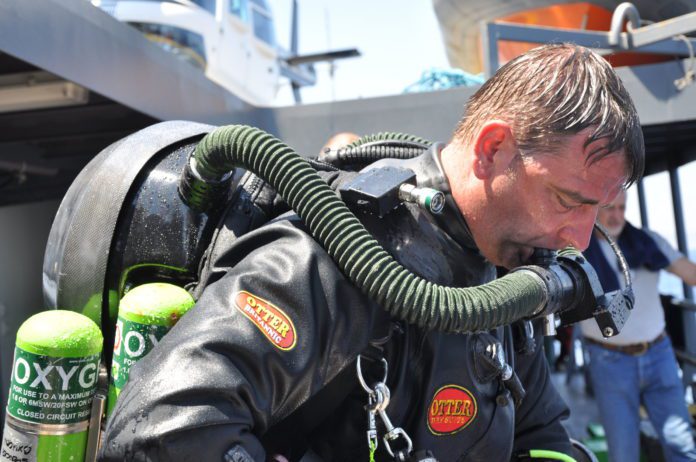 Carl Spencer – self-proclaimed ‘I'm only a plumber from Cannock' – was an experienced and well-respected technical diver who was involved in a plethora of projects and expeditions, including the Bluebird Project, X5, Carpathia, Titanic and Britannic.

Sadly, Carl lost his life on 24 May 2009 on Britannic, and now he has been recognised by The International Academy of Underwater Sciences and Techniques for his diving career and achievements with the ‘Trident in Memoriam‘ award.

On Sunday 6 March, Carl's family will be presented with the ‘Trident' in Memoriam‘ award on the Main Stage at the GO Diving Show at the NAEC Stoneleigh. Very few have been awarded this over the years, and the Spencer family want to continue encouraging youngsters to learn about the deep blue, so it is fitting this ceremony takes place at 2.30pm, straight after a Youth Panel of teenage divers will have been talking about what they love about scuba diving.