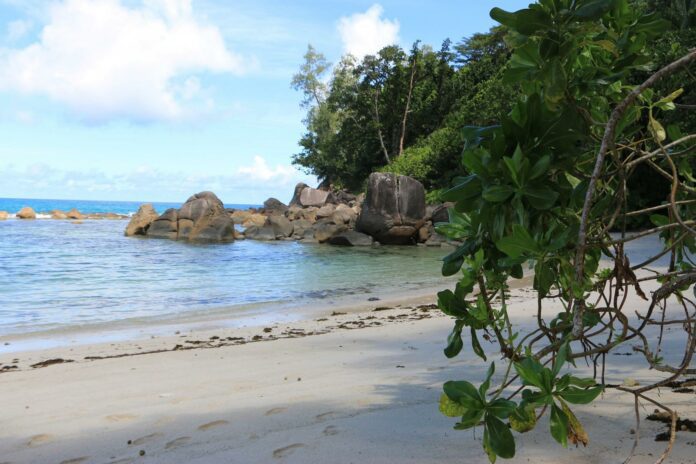 A British family of four has sold their family home and ‘most of their worldly possessions' to relocate to a 400-metre-long island in the Seychelles.

Karolina and Barry Seath, together with their daughters – seven-year-old Josephine and 11-year-old Georgina – sold their home in Putney, southwest London, and are moving to Moyenne Island, a tiny island nature reserve off the north coast of Mahe in the Seychelles.

The family aim to create a coral farm that will repopulate the nearby reef, which has been devastated by climate change and other human-related factors.

They have set up a charity, Coral Reef Conservation UK, after witnessing the destruction of the coral reefs first-hand during family holidays to the Seychelles.

Barry said: “Every time we visited the Seychelles, we noticed the coral was getting worse and worse. All the tourists say the same thing – they love the beaches, but are really disappointed with the coral. They expect these lush coral reefs, but what they actually find is lots of coral rubble.

“We felt the need to make a positive change for ourselves, our children and the world we had largely taken for granted.”

The Seath family hopes that helping to rebuild the coral reefs will assist in boosting visitors numbers to the Seychelles in the future, as its tourist industry has been decimated by the COVID-19 pandemic.

Their coral farm in the Seychelles will only be the second in the world – the first one is on the Great Barrier Reef in Australia. It is expected to take some three months to build the farm, at a cost of £25,000, but once complete, they aim to grow around 10,000 corals a year. These will be nurtured to a suitable size, and then transplanted on to the local reefs.

Moyenne Island was designated the world's smallest national park in 2012, after its only inhabitant, British ex-pat Brendon Grimshaw, died. He bought the Seychelles island back in 1962 and lived there for four decades, during which time he planted thousands of trees and introduced native giant tortoises, which are still on the island.

Barry said: “The island has an amazing history. There are stories of hotel groups and rich individuals wanting to buy the island from Brendon.

“They told him he could just name his price, but he refused every time. He didn't want it to be developed.

“We hope to honor Brendon's legacy, by using the island as the venue of our first coral farm.” 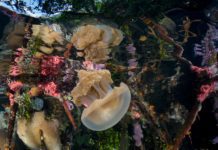 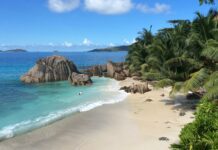 President of the Seychelles makes underwater speech from a submersible