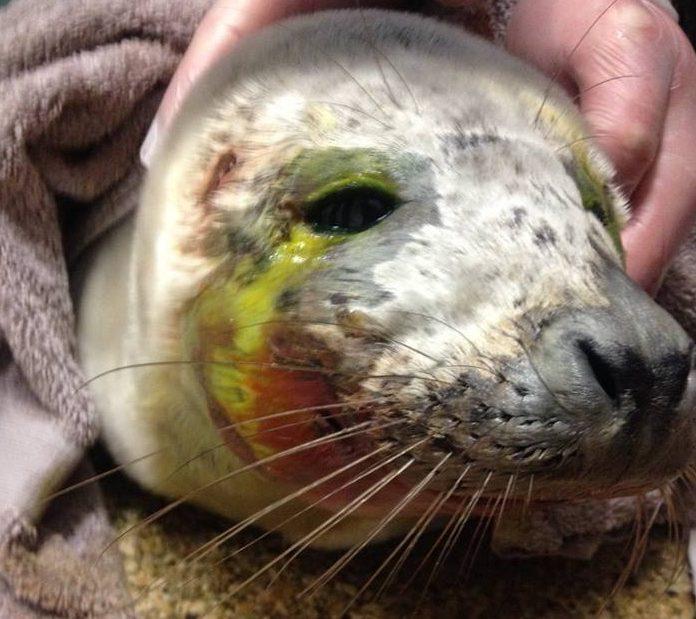 Marine animal rescue charities British Divers Marine Life Rescue (BDMLR) and the Cornish Seal Sanctuary are appealing to members of the public to keep their distance from seal pups they find on the beach, and to refrain from touching or moving them as they could be weak, ill or injured.

The warning comes after a seriously ill grey seal pup died after being harassed into the sea by members of the public recently at Nanjizel, near Land’s End, Cornwall, while RSPCA officers were already on the way to help. On arrival the pup had already gone but was reported to have had a large amount of blood around her mouth by others who saw her. Two days later she was found again, and this time two of BDMLR’s trained volunteer Medics managed to reach her. 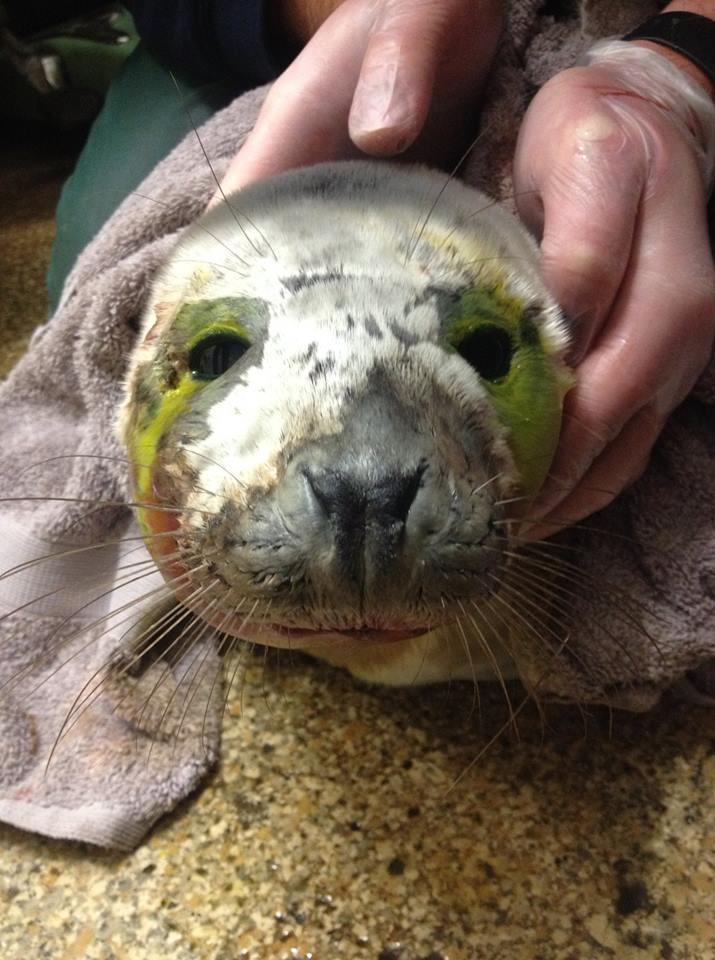 “When we got down to her on the beach there was a feeling something was very wrong” commented BDMLR Veterinary Support Co-ordinator Natalie Waddington. “She was draped over the rocks as if she had just been washed up and left behind rather than hauling up there by herself. Her mouth was bloody and badly infected and there were two deep injuries to the right side of her head, one of them into her eye socket, that were also infected and very swollen. She was also severely malnourished for her age, which was only around six weeks old”.

The rescuers rushed her to the Cornish Seal Sanctuary, but despite the best possible care and treatment from the team there, her health continued to decline overnight, and the difficult decision was made to put her to sleep.

“If she had been rescued a couple of days earlier when she was first reported, she would have had a much better chance of survival. Instead, she was forced to starve and suffer because of human actions, no matter how well-intentioned they may have thought they were,” said Dan Jarvis, BDMLR’s Welfare Development and Field Support Officer.

Seals haul out on land to rest and digest food normally, but throughout Winter very young pups finding their way in the world often end up coming out on to public beaches. Sometimes they are healthy and just resting before deciding when they are ready to go back out, but on other occasions they can be very poorly and need help. BDMLR and the Cornish Seal Sanctuary are now once again urging people who find a pup on the beach to keep their distance, don’t touch or move it, keep dogs under control on a lead and to call for advice and assistance on the BDMLR hotline: 01825 765546.

“In the last few years there has been in increasing number of incidents not just in Cornwall but in many parts of the country where hauled-out seals have been chased or harassed into the sea as well as being attacked by dogs – both intentionally and unintentionally,” Dan added. “The story of this seal, the traumatic final days she was forced to endure and the sad circumstances that led to her death I feel strongly should not be left untold. I would urge beach users to please join the call to help spread the advice we provide as much as they can, so that we can at least try to find something good that can come of this awful incident and give this pup’s life and death some meaning”.