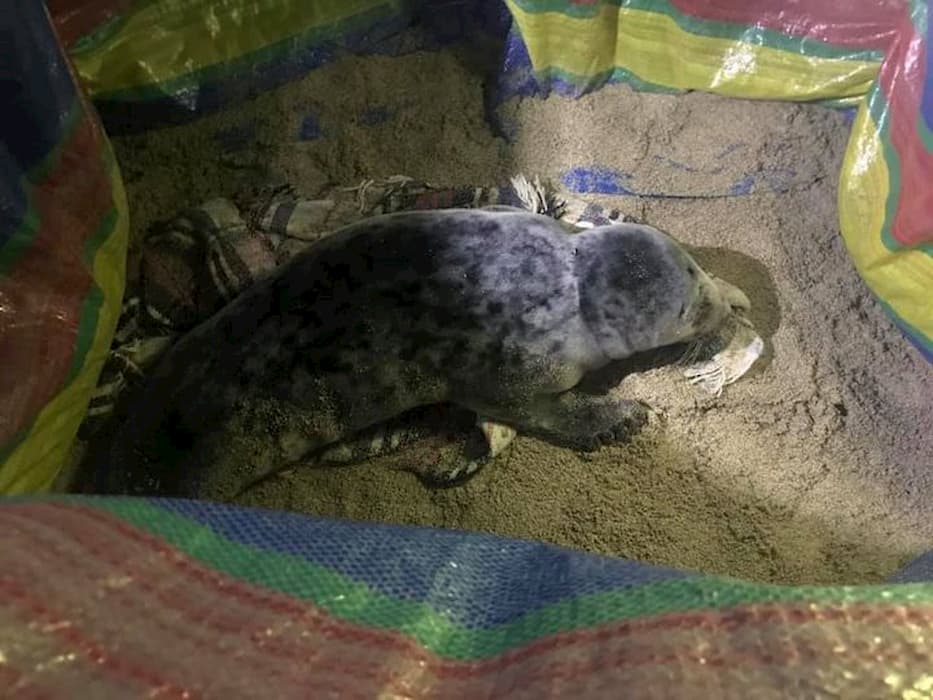 BDMLR marine mammal medics came to the assistance of a seal pup on the beach at St Ives on New Year's Eve.

BDMLR's welfare development and field support officer Dan Jarvis said they were called to the scene after reports of a seal pup being harassed by people over the stroke of midnight.

Dan said: “Many thanks to local residents and security officers who kept people and dogs away from the pup, and shielded it from fireworks with a windbreak while we were enroute.

“Fortunately, all was well with the seal pup, who weighed in at 22kg and had one small injury on her head. She was relocated to a safer, quieter location, and marked in case she turns up again.”

He added: “I guess with the timing, this is the first time we have had a call out take place over two years!”