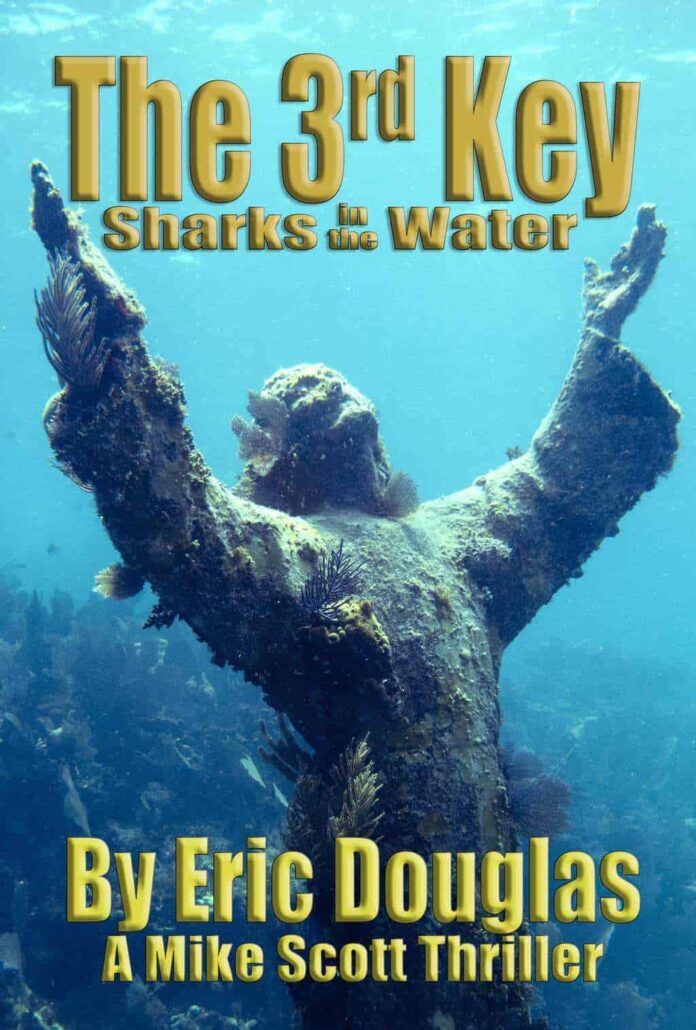 Contents hide
1 Take a thrill ride to the Florida Keys in the latest adventure from thriller author Eric Douglas, The 3rd Key: Sharks in the Water. This full-length novel includes ancient history, modern intrigue, treasure hunters and mysterious religious orders set against the backdrop of Key Largo, in the Florida Keys, both above and below water.
2 Mike Scott Adventures

Take a thrill ride to the Florida Keys in the latest adventure from thriller author Eric Douglas, The 3rd Key: Sharks in the Water. This full-length novel includes ancient history, modern intrigue, treasure hunters and mysterious religious orders set against the backdrop of Key Largo, in the Florida Keys, both above and below water.

“Mike Scott has been all over the world for adventures, but I wanted him to be closer to home for this story. The history of the Christ of the Abyss statue in Key Largo has always interested me, so I wanted to tie in an alternate reality behind the creation and sinking of that statue into this story,” Douglas said.

The book’s hero, Mike Scott, is an international photojournalist with a love for scuba diving and the ocean. His travels often lead him to stories around the world. Earlier books in the Mike Scott series have taken the character to Grand Cayman, southern California, Italy, North Carolina and Cuba, Mexico, and Curacao. Every novel takes readers to the location and gives them a look inside the local history, culture and scenery, as well as brings them along for an exciting story.

The 3rd Key: Sharks in the Water

Sharks are attacking divers in the Florida Keys and international magazine photographer Mike Scott barely survives the first incident. But it doesn’t make sense. These sharks are especially aggressive, attacking in groups and not retreating. It’s almost like someone is controlling them. The discovery that a narco sub full of drugs sank nearby is one explanation, but that doesn’t explain why all the activity is focused around the Christ of the Abyss statue in Key Largo and not the sub itself. Is there something else going on? Is it the statue itself? Or is there a larger conspiracy? It’s up to Mike to unravel the mystery before anyone else gets hurt. Or killed.

“I’m actually a big fan of sharks and love to see them in the water. They are beautiful, elegant creatures. I am hopeful that one of the takeaways from this story is that sharks are not mindless killing machines and the only reason they would act like that is if man is behind it,” Douglas explained.

The 3rd Key: Sharks in the Water is now available in softcover and Kindle formats. Visit Douglas’ website www.booksbyeric.com for more information. 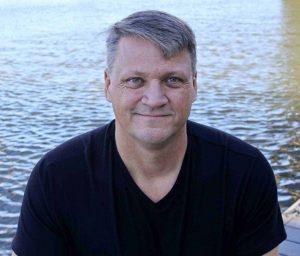 Eric Douglas spent his childhood Sunday nights watching The Undersea World of Jacques Cousteau and dreamed of diving alongside the Captain.

After university, where he earned a degree in journalism, Douglas learned to dive. A few years later he became a dive instructor and a Diver Medic while working for PADI America. In 2000, he took a position with DAN America, eventually rising to be the Director of Training before leaving in 2011.

Through his fictional works, Douglas takes readers on adventures of their own. His stories have everything thriller junkies crave; action, adventure and intrigue, set against a backdrop of beautiful locations, the ocean and the environment, and scuba diving. The fast-paced stories are exciting, but he also hopes to inspire future generations of explorers and adventurers like Cousteau did for him.

Douglas has authored six dive novels and a novella in the Mike Scott thriller series: Cayman Cowboys, Flooding Hollywood, Guardians’ Keep, Wreck of the Huron, Heart of the Maya, Return to Cayman and Oil and Water.

Douglas has written for numerous dive magazines over the years. Working with former DAN America President Dan Orr, he co-authored the scuba diving reference book Scuba Diving Safety. As a journalist, he has worked in Russia and his work on the lobster divers of Honduras drew international attention.

Wreck of the Huron

Heart of the Maya 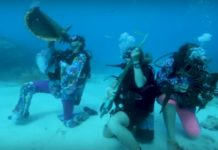 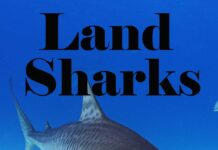