Are you ready to become a deep tech diver? 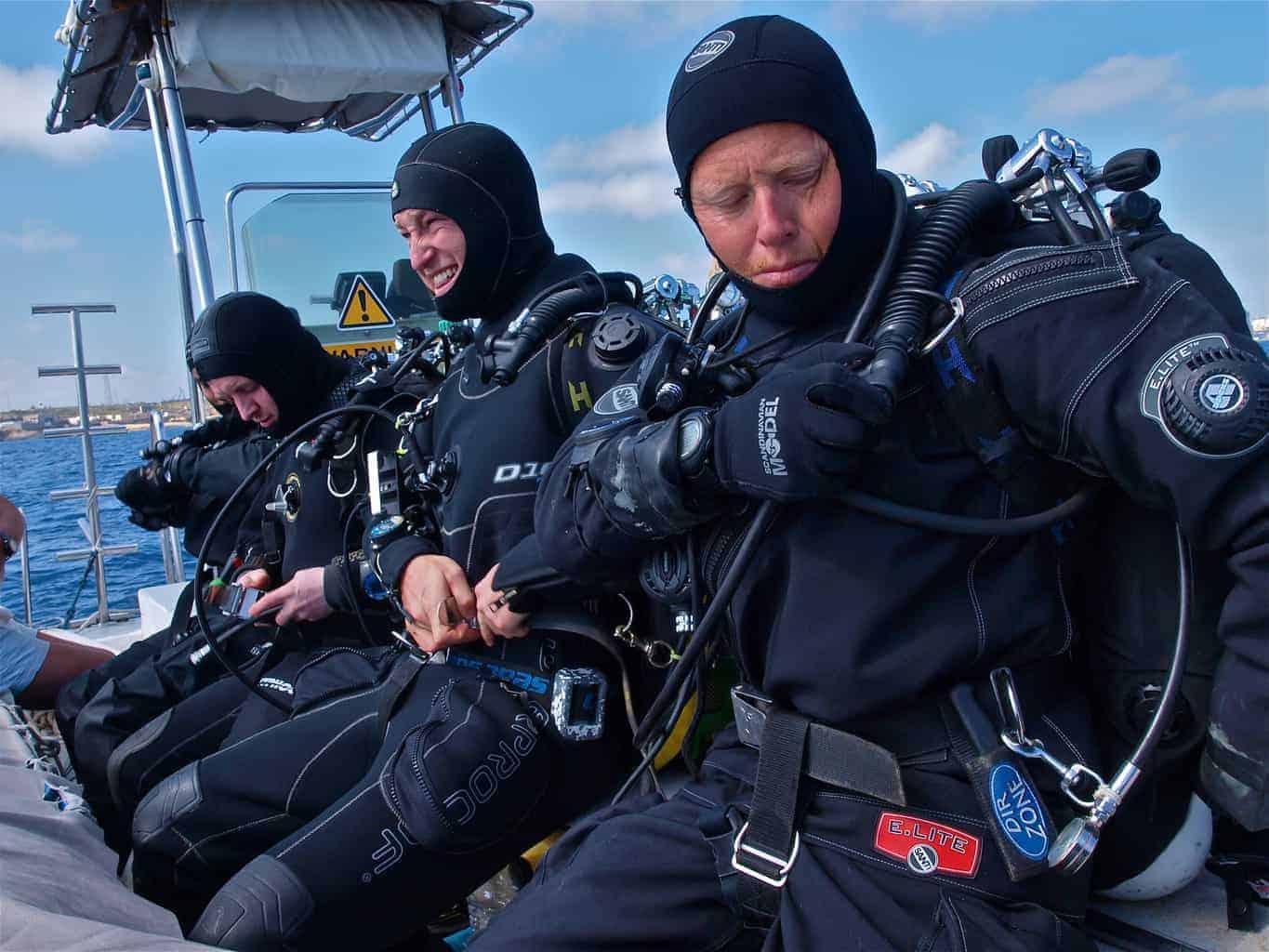 Andrew Tonge, experienced technical diver and instructor, looks at the decision to train as a deep tech diver

For divers that reach ‘the crossroads’, the dilemma known to so many, the question is clear – do I try tech diving, or do I stay with recreational diving?

In this article, I don't mean to go over some of the more-obvious points that crop up – that the kit is heavy, and expensive (as are gases), and that it can takes months to train, even as an experienced diver. What I want to do is look at the real soul-searching that ought to accompany any decision to undertake technical diving training.

Let’s face it, a diver can still dive deep within recreational diving. Forty metres (the usual maximum depth for those ‘deep qualified') is not a shallow dive. It can still go wrong and many divers have come to know that 40m is actually well beyond their diving comfort zone. Feeling the claustrophobia in the darkness of UK waters at 40m is not for the faint of heart.

It's a long way down. It's cold. Visibility can be low. A freeflow at that depth is very different to what can be a frightening experience for some divers even in shallow, clear blue waters.

A mask flood? A drysuit leak? Separation from a buddy? Could I deal with those events at 40m? Those are just some of the questions that every prospective deep tech diver should ask themselves. If you're not contemplating these and a host of other ‘what if' situations, then maybe you're not ready for deep tech. At the crossroads, you may be right to stay on the recreational road.

What deep tech requires more than any other type of diving is complete openness to the risks of deep diving. It requires the diver to contemplate the unthinkable. The saying that something is so awful that it doesn't bear thinking about does not apply in technical diving.

Tech diving means testing a diver beyond recreational diving requirements. It means using everything that can be known and understood, to make the dive safe. To be able to abort a dive at 90m and ascend without missing any step in the ascent plan requires skill and determination. It requires a will to survive. 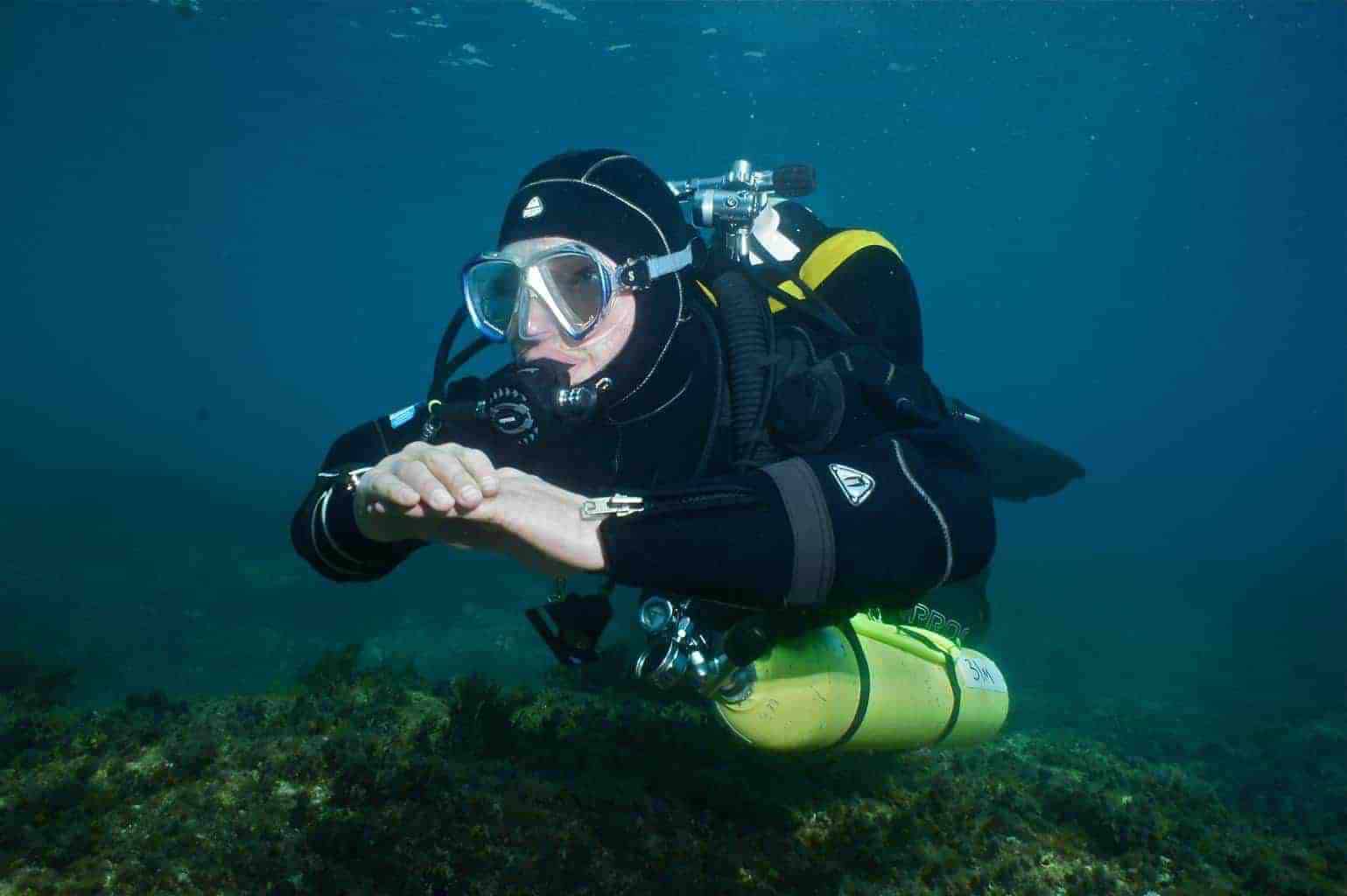 Handling a number of cylinders at different depths, swapping regulators and adjusting computer modes (often on more than one computer), requires the diver to be completely at home in the water, especially where breathing from the wrong cylinder at the wrong depth can lead to catastrophe – from oxygen toxicity attacking the central nervous system through to extreme narcosis.

Of course, while tech diving requires confidence, there is no place in tech diving for cockiness or showing off. A degree of conservatism and level headedness is needed.

To push the boundaries, to dive to the limits, demands presence of mind, an ability to analyse risk under pressure, with factors which might be changing by the second. It's an opportunity for the most-thoughtful of divers, not the mavericks.

Good technical diver training will take a diver from being competent to being the best diver he or she can be.

Tech diving is about diving. I've seen great recreational instructors struggle with tech. Conversely, I've seen divers who were wondering what to do if they didn't become instructors find their true vocation in tech diving. For those that really want to take their diving to the next level, tech diving has something to offer.

That said, towing an unresponsive diver back to a shot line to make a staged ascent, switching from trimix back gas to a travel gas and then to two high oxygen decompression gases, isn't for everyone. The training is designed to weed out, as much as it is designed to teach.

In tech diving, buoyancy control takes on a whole new meaning. Without a mask, carrying four stage and two back-mounted cylinders, holding a neutrally buoyant stop at 3m can be tough.

A competent tech diver aims to make decompression stops in free water with no reference, gas switching in seconds, without moving up or down more than half a metre. Any more movement can bring on a bend.

And with it comes the ability to use that buoyancy control, on demand, as a platform from which to carry out what might be life-saving drills, such as the infamous shutdown – the process of locating and shutting cylinder valves underwater, while switching regulators, to arrest a breathing gas leak or freeflow – can mean the difference between life and death.

Shutting cylinder valves! Underwater! Are you mad? What if I shut the wrong one, I hear you cry. Well, properly trained, you'll be ready to deal with any emergency.

Tech diving encourages a diver to develop an understanding of dive science that recreational divers usually don't even hear about; scientific concepts that actually affect the dive and which can save lives. Whether or not a diver undertakes deep dives after training; tech diving is a system of training and diving that equips any diver with skills which might prove essential at any time, on any dive.

In tech diving, there are no prescribed limits but rather opportunities for those who can understand and apply the science. A diver can go beyond certain depths only when breathing other than air. Working out the right blend of gases for a given depth is an essential skill of the tech diver. A mix of say 10 percent oxygen, 50 percent helium and 40 percent nitrogen might be fine at 80m, but in one atmosphere, viz., at sea level, that mix may not sustain life.

However, by Dalton's law of partial pressures, we know that that changes as the diver descends. The application of the same scientific principles that allow divers to understand the narcotic effects of increased quantities of nitrogen breathed at depth, allow a tech diver to go deeper, safer. 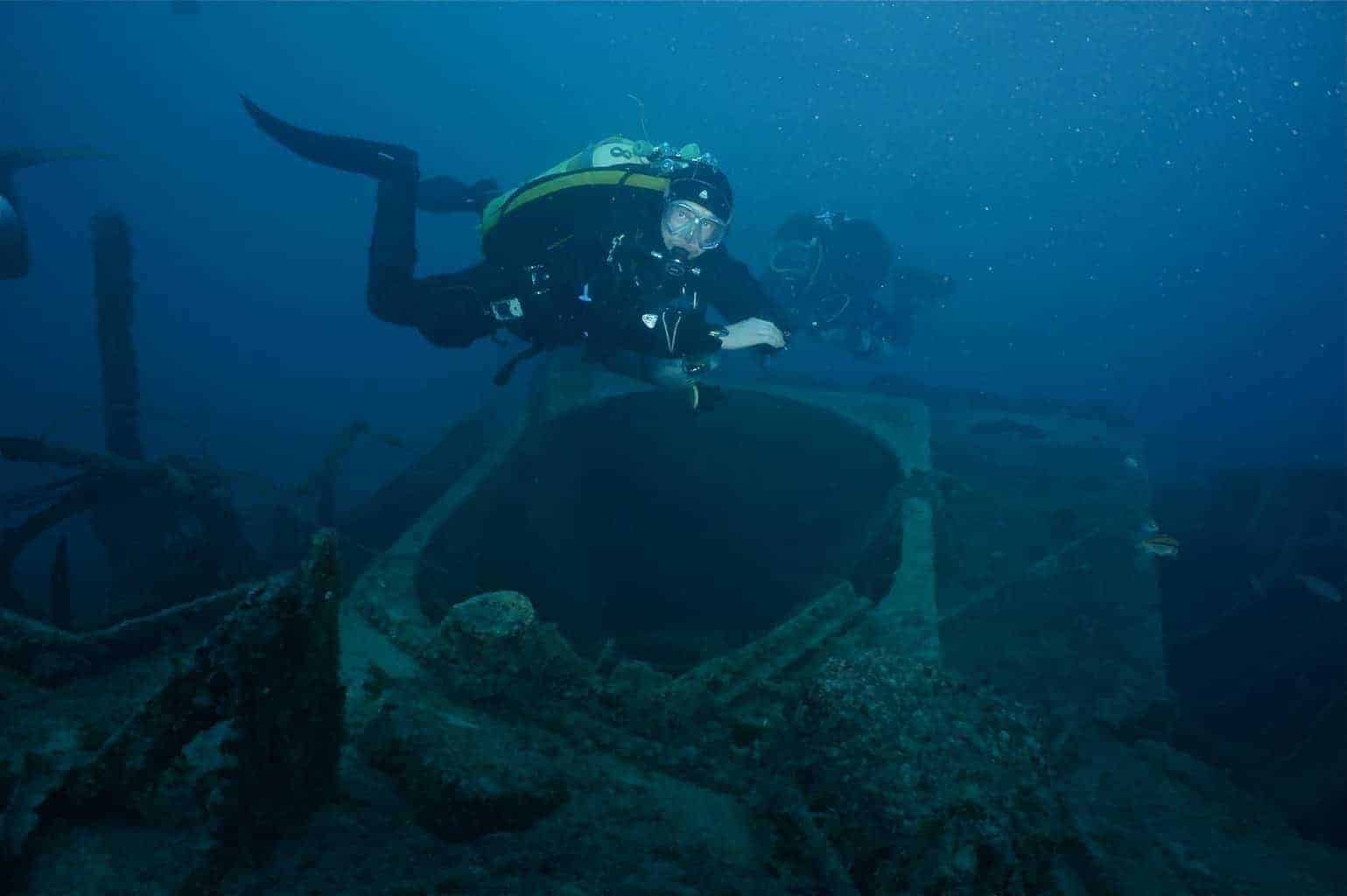 An understanding of fast and slow tissue groups allows a tech diver to decide whether to make deep stops.

An understanding of reduced gradient bubble models and the part played by m-values, allows a tech diver to decide on staged or continuous ascent and appropriate ascent rates.

In training, the deep mixed gas tech diver is introduced to some of the more esoteric concepts, such as isobaric counter diffusion – the gas slams which can occur where different gases meet, rushing across tissue membranes. ICD is very real and can lead, for example, to middle ear bends, which can cause havoc on a deep dive. In mixed gas tech diving training, the diver learns how to use various gas mixes to avoid an ICD hit.

And so it goes on. The science of diving, understood and applied, to keep a tech diver safe.

What I would say is that, like in other specialist sports, a mentor, a teacher, in the form of an instructor who is an accomplished tech diver, can make all the difference. Finding a mentor that can travel (sometimes literally) with you, developing your skills through their experience, can mean the difference between you being a good tech diver and more.

The same applies to dive buddies. You must dive with someone you trust and that trusts you. In some of the situations that can beset the deep dive, it is vital to understand the limits of all of those on the dive. It is often said that a deep tech diver must be able and ready to complete the dive alone. Not a pleasant thought, but very true.

And for those that master the techniques, that realise that it's not magic, that it is just practice and more practice, and a little soul searching, the benefits are outstanding. The world of deep diving suddenly opens up.

Hanging in the shallows, waiting to be freed from the last decompression stops, whether in the colder waters of the UK or the clear blue warmth of foreign climes, let’s a diver reflect on that amazing experience of having been deep underwater; having been where we haven't evolved to be, to have pushed the limits of knowledge and courage, something which I think unites all of us that have reached the crossroads and dared to try.