You’re a qualified commercial diver, next? 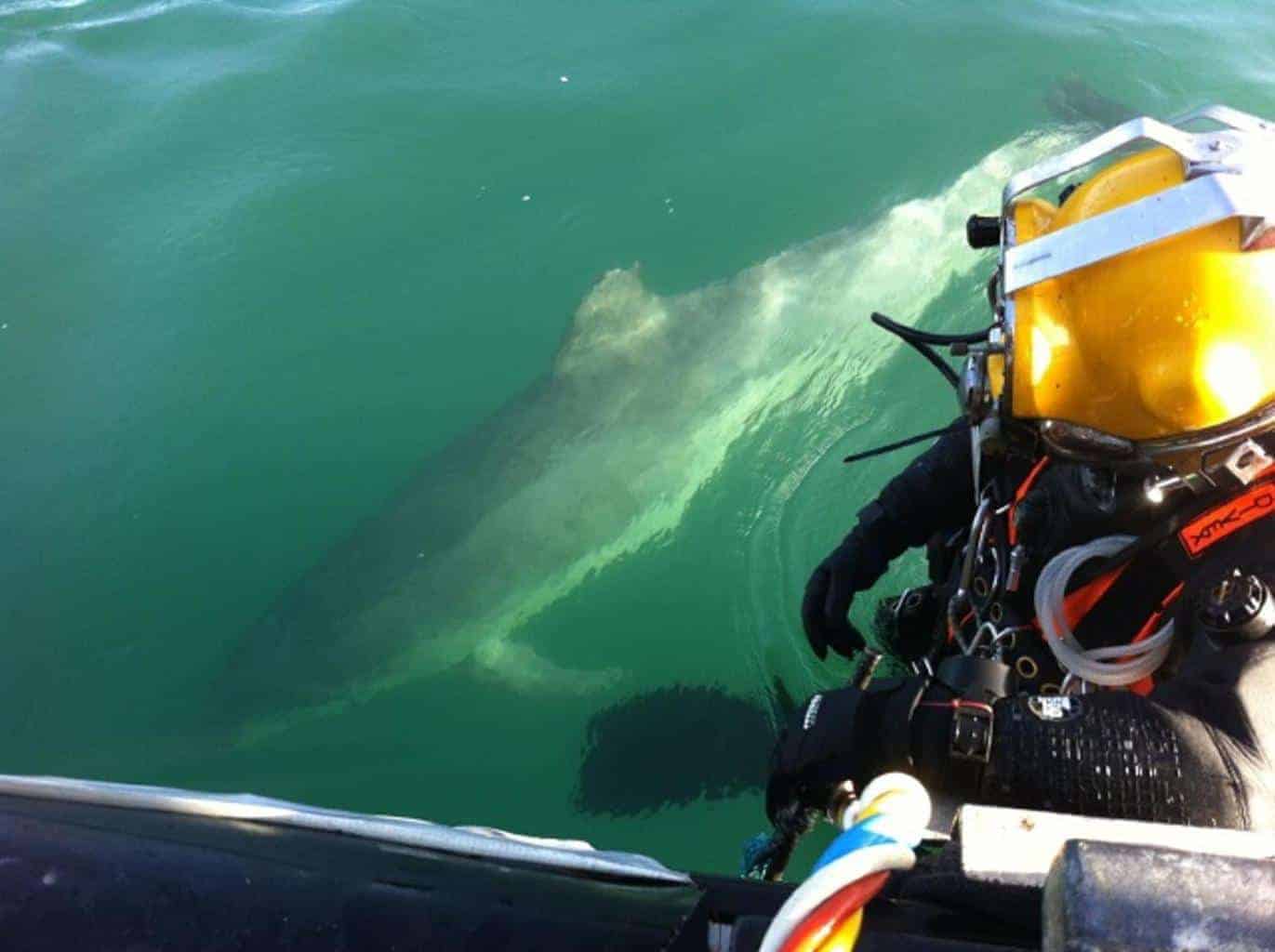 So you're now a qualified commercial diver after successfully completing your training… What next? Do I need to do more training to make me employable? Should I do a Wet Welding course, or an Unexploded Ordinance Identification Course? Truthfully?

No, let’s be practical about this, you're a new diver, no-one expects you to be super-experienced, you won’t be given the ‘Hero’ dive on day one. What you really need is experience! This takes time, effort and a desire to learn for self-improvement. The ratio of ears-to-mouth was created for a reason!

Save your money, you will not need to spend more on courses that you don’t necessarily need yet, or indeed, ever. This is the best advice that I can give you as a training provider and diver with over 20 years of experience.

So why is this and what sort of work can I expect early on in my career? The best way to understand this is to look at your first job. It will be anything you can get, wherever and whenever. Until you get some experience and become known/established with some companies, you cannot be choosy. I’m not saying that you should work for nothing, far from it after paying for your training, but you must accept that diving work might not be on your doorstep. 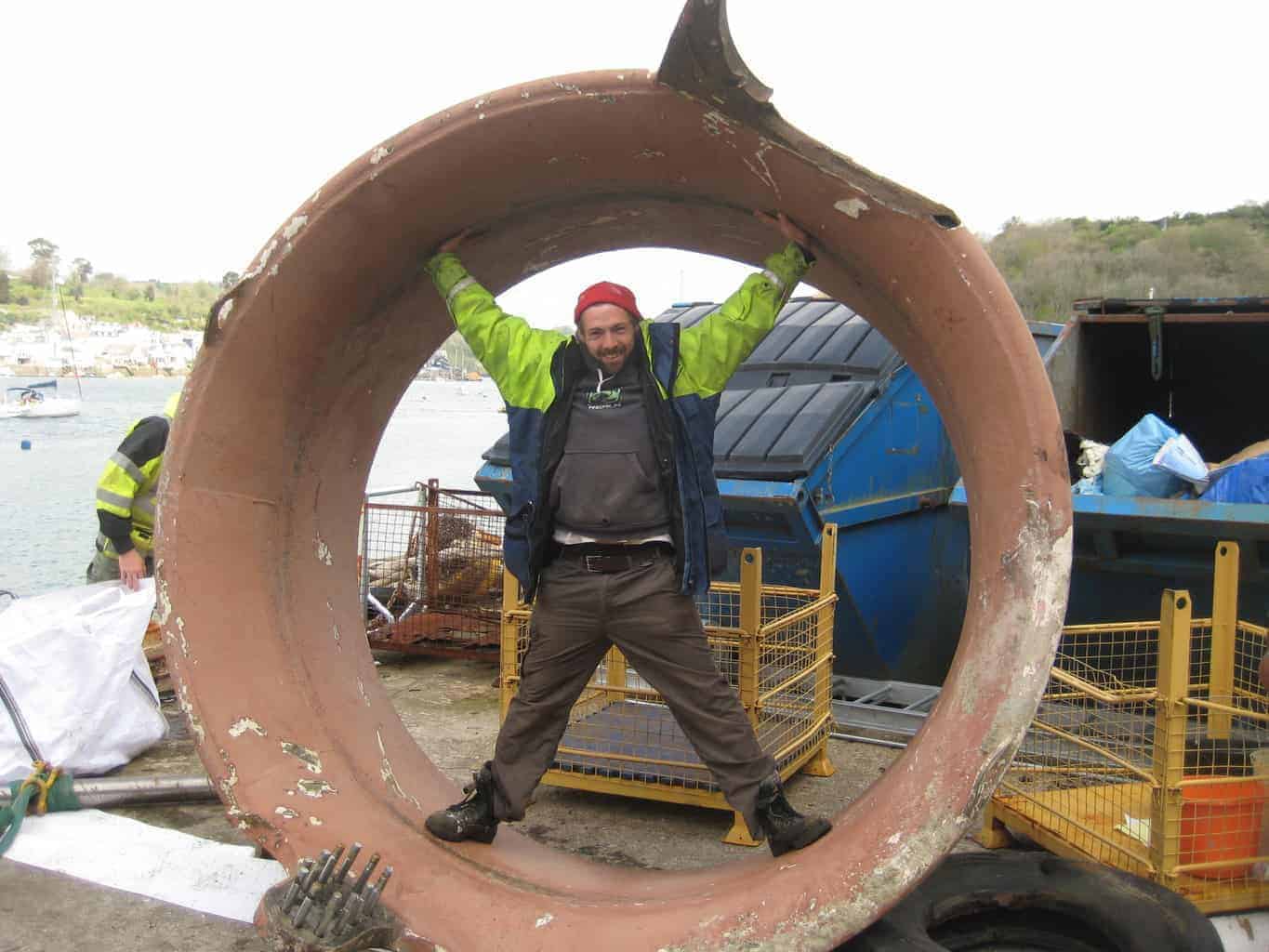 I was lucky in the fact that geography helped me (I lived on the coast by a busy maritime hub), but if you live miles inland you may have to consider travelling away to work, just remember employers won’t necessarily provide accommodation or travel – why would they if a guy lives down the road?

I have slept in vans, boats and dive store floors in the early days just for the opportunity, but once you've done a few jobs and get to know contractors and other divers, life becomes easier and you learn where to look.

You won’t ever see ‘Deep Sea Diver Wanted’ in the job centre, it’s more old-school, your mates give you tip offs, or supervisors and contractors will call you when they're crewing up. Personally, I like this because you don’t have to compete against others who are not up to standard – if you're a good diver, you’re busy, for everyone else… there’s forums!

My first job was to underpin a void beneath a granite harbour wall, the hole was about four metres long, three metres deep and was one metre high on the outer face and sloped down as you went in. I had to clear all the seabed material out before we could fill it with concrete bags and pin them together, my airlift (basically a giant underwater hoover) was getting blocked by larger pieces of rock so I was removing them by hand.

I decided to wriggle in and get the last few out, I couldn't quite get this one so I got a hand torch to see better (I was doing all this in virtually zero vis by feel) only to find that touching the other side of my rock was the biggest conger eel I had ever seen! His eye was the size of a golf ball! I still wanted my rock, so instead of using my hand (which he had not yet eaten), I used a steel peg and the conger took that! I let him keep his rock…

As a commercial diver, I have been lucky to dive all over the world and see many creatures that other divers strive to find. I once had a dolphin that would not go away and just wanted me to play – the problem with dolphins is that after a good 30 minutes of asking, they get a bit stroppy. I just wanted to finish my task (a commercial chain inspection) and got quite used to this dolphin hanging on my left shoulder.

He had other ideas, he wanted to play. I noticed I was moving – in fact, I was being dragged… “Topside, are you coming up on my umbilical?” I asked. “No Sal, what’s up?” I soon found the problem – my umbilical was in the dolphin’s mouth and he was dragging me away from work to play! 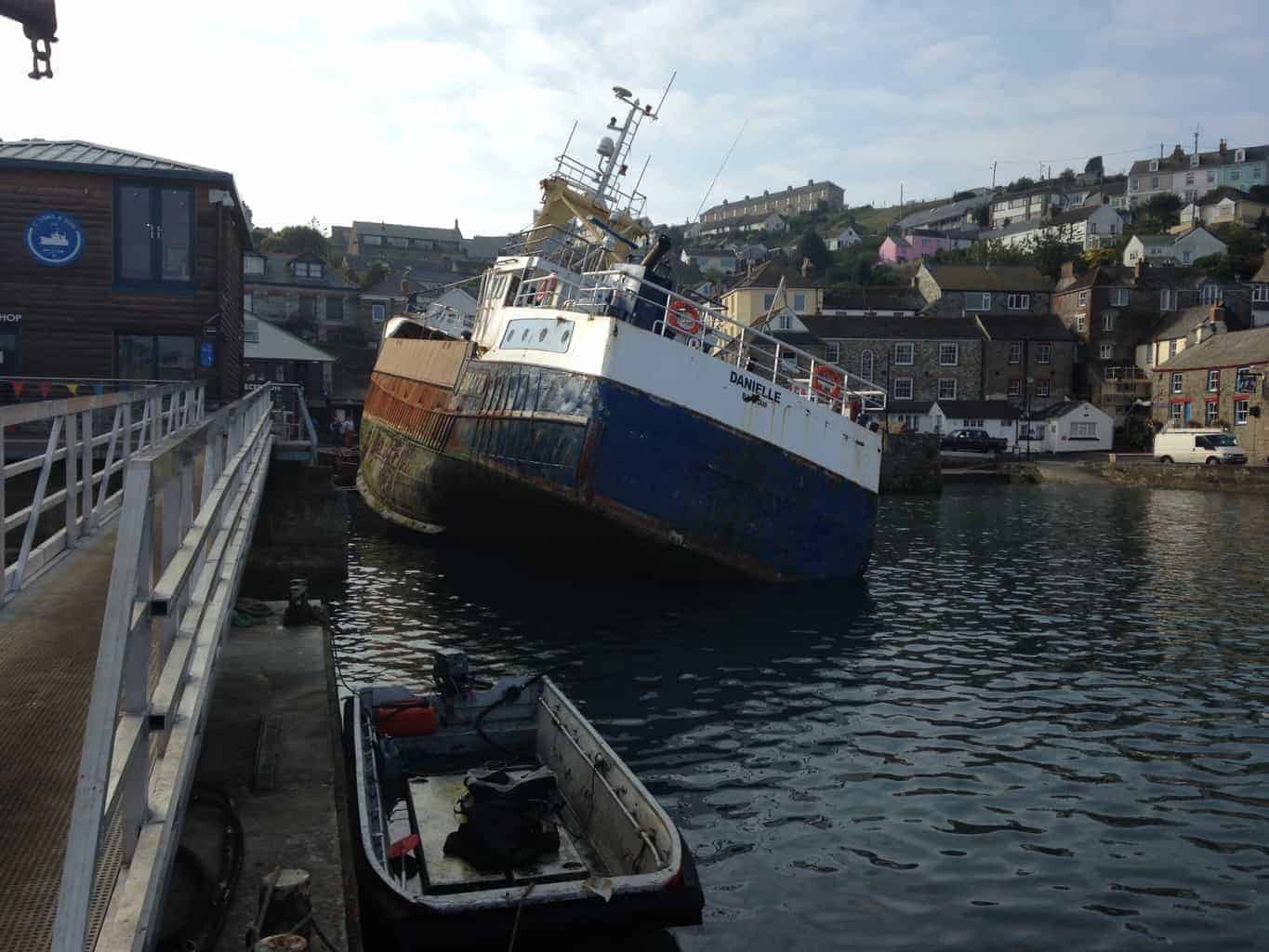 We also sometimes have sad tasks to perform with respect to marine life. We once got called to assist a local port authority to fix a line to the tail of a dead whale. The information we got was that it was only about 20 foot long. so we went along to the location and found quite a big crowd of about 200 people as well as TV crews – it’s a bit hard to look like you know what you're doing when you're riding the tail of a whale in the surf attaching a rigging strop and then swimming it out to a waiting tug!

With that done and the TV crews dodged, we tried to leave… “Hang on boys, can you go to the docks to help lift it out?” Once at the docks we got our first look at the 20 foot whale… more like a 65-foot fin whale weighing 36 tonnes! We managed to rig it and a 136-tonne crane lifted it out and placed it onto a waiting lorry. The next problem was the 30 foot of tail hanging off the back! Luckily, it was now on land and we don't ‘do’ land!

You sometimes get asked to provide media support, which can be a nice break from the norm. The catering is usually good and nobody ever says ‘no’ to any task given them, which by the time it rolls down to the support divers normally becomes a ‘you want to do what?’ I once had a director who planned to do his next bit of filming in calm waters on a beach, the problem was, no one had booked calm water – it was good for surfing though! “You, diver, when do the waves stop?” he asked.

I replied with a very polite “eight minutes past three”. “Good! I’ll be back at ten past, be ready,” he responded. 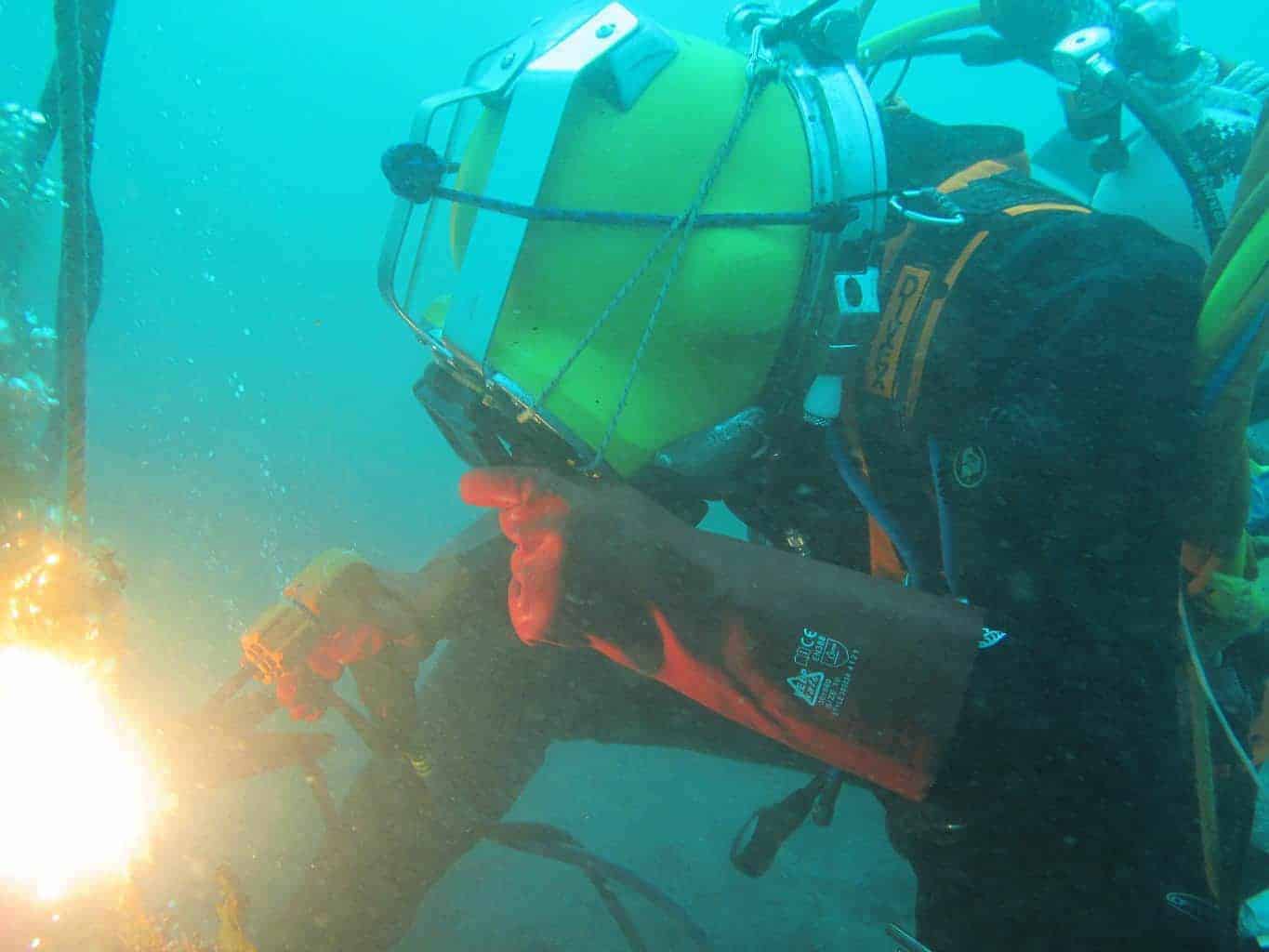 I have had to do car recoveries from rivers at night, ship’s hull inspections, underwater concreting, climb into a water tank in a loft to fix a valve, and salvage many boats. The inshore diver performs many varied tasks in normally challenging conditions, they often save the day and when you arrive, it’s like the AA – “Great, you're here! Now if you can just raise the sunken object, we can get on”.

After about two to five years of getting experience, a lot of divers try to get offshore to earn more money, and the work is often easier than inshore civil engineering, but not always. The main drawback is that when that call comes, you have to go – if not, someone else will! After offshore air diving for a few years, most guys try to go ‘SAT’ (saturation diving) to earn the big bucks. The money can be amazing, but it is a tough environment in and out of sat – your every move is monitored and the whole job really does hinge on your every action. You have to be good to be there.

Over the years I have done some amazing things, worked with some great guys and have had more adventures than most ever will… and I get paid for it! To me, it’s not like I get up and go to work, I go have fun and do cool stuff!

Being a commercial diver can sometimes be dangerous and hard going, it takes a certain type of individual that is cheerful in adversity, has a degree of courage, never gives up and who will work the problem. If this sounds like this is for you, do it – you won’t regret it.