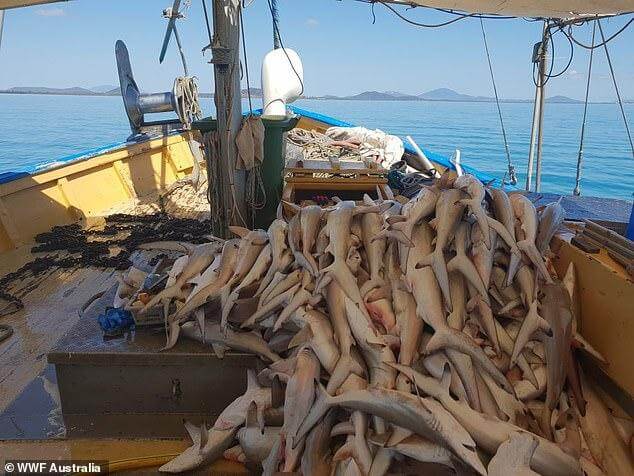 Conservationists have expressed their horror and dismay after WWF-Australia released sickening photographs of huge piles of dead sharks on a gill-netting ship close to the iconic Great Barrier Reef, renewing calls for gill nets to be removed from fishing areas.

The shocking photographs, which WWF-Australia obtained earlier in the year, prompted chief executive Dermot O’Gorman to state ‘there is nothing illegal in any of these images, and in some ways, that makes them more disturbing’. He continued: “Gill nets are indiscriminate killers, in that they drown whatever swims into them, including many threatened species, as these images clearly show.” 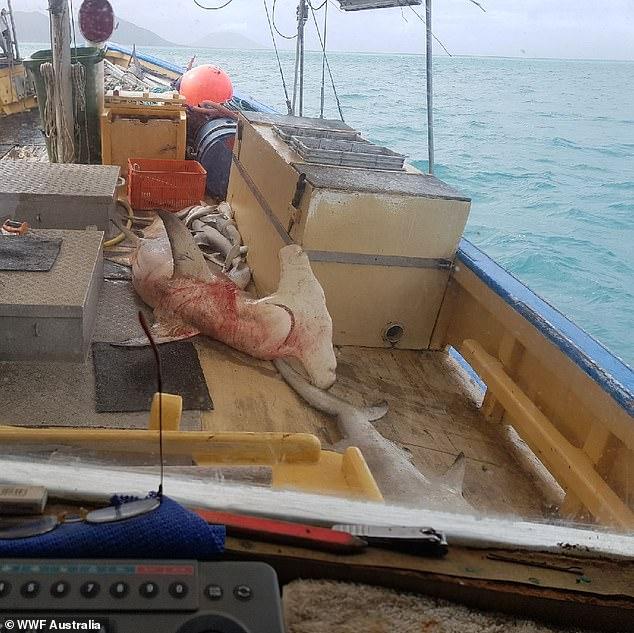 Gill nets are anchored to the sea bottom and feature long, rectangular panels of netting with diamond-shaped mesh designed to entangle fish when they swim into them. They are used to target species such as gummy shark, saw shark and elephant fish.

The photographs show hammerhead sharks on the boat – it is thought they have declined on the Great Barrier Reef by 83 percent since the 1960s – as well as at least four sawfish, which are recognised as one of the most-endangered species of sharks and rays.

It wasn’t just sharks – there was also an image of a dead turtle caught up in a net. 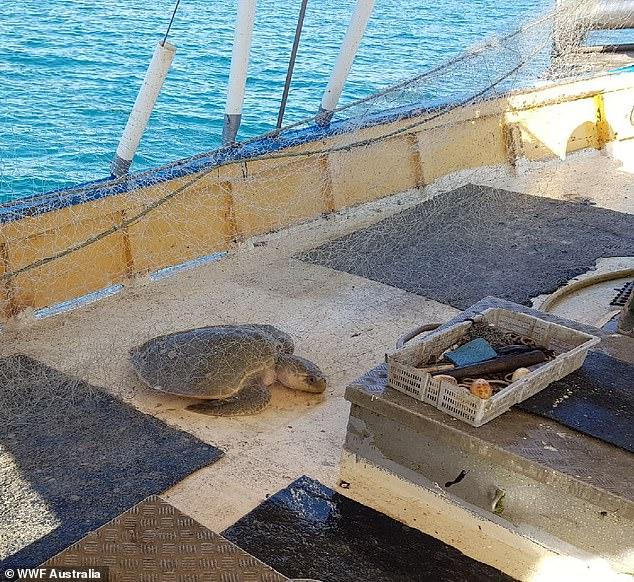 The release of the images by WWF-Australia coincides with their call for an 85,000 sq km ‘safe space’, where gill nets would be completely banned, running from north of Cooktown to the tip of the Cape.

O’Gorman commented: “We are calling on the next Australian government to help create a ‘net free north’ and to end targeted shark fishing in the Great Barrier Reef by providing adequate financial adjustment for affected fishermen to remove the final three remaining industrial-sized gill nets from the entire reef system.”