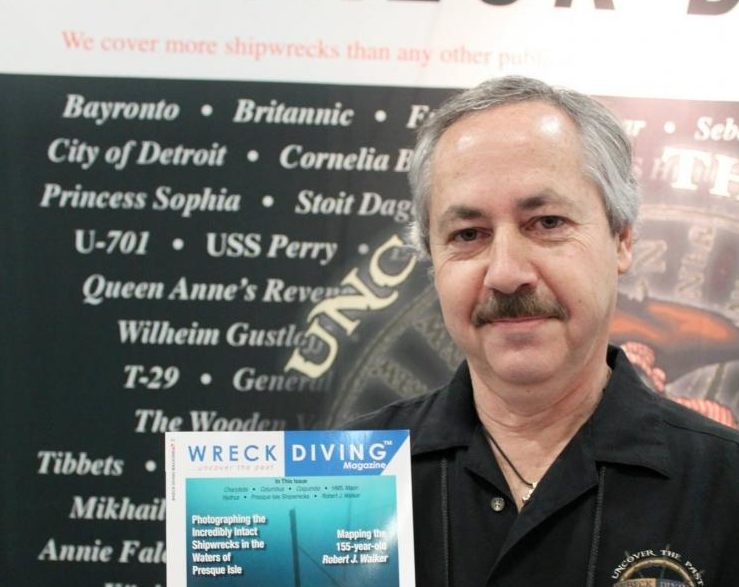 The diving industry is in mourning over the loss of Joe Porter, the founder and publisher of Wreck Diving Magazine, who has sadly died on Monday 6 September after losing his battle against COVID-19.

Joe was a regular fixture at dive shows across the USA, and his publication garnered worldwide praise for its inspirational, educational and entertaining content.

In 2008, the magazine won the inaugural EUROTEK Media Award.

Joe was a loving father and grandfather. He married his High School sweetheart Heidi in 1976, a year after they graduated, and they were together for 45 years.

I conversed with Joe from time to time via email/Facebook, but I always enjoyed meeting him face-to-face at the annual DEMA trade show in the USA. We would chat about our joint love of shipwrecks, and do a swap of the last few issues of our respective magazines.

Rosemary Lunn, from The Underwater Marketing Company, was a good friend of Joe's, and their relationship was cemented when they were both team members on a HMHS Britannic expedition led by Richie Kohler and John Chatterton. Rosemary was roped into playing Violet Jessop – who was on board the Olympic, the Titanic and the Britannic when they all sank and survived all three incidents – for a sequence for a history documentary, and Joe was her safety diver. All that time hanging around together created a strong bond between the two of them.

Rosemary said: “I found Joe Porter to be a good editor, with a decent eye for a story. He always behaved honourably and never got dragged into diving politics. He gracefully rose above this, and I never heard him say a bad word about anyone. A thoughly decent man. No wonder he and his magazine was so highly respected around the world. Joe Porter was a compassionate soul. He will be greatly missed around the world by many divers and those who work in our sport.”