The monster 5.4-ton, six-metre-long ‘Tallboy' bomb was discovered in 12m at the bottom of a Baltic Sea shipping canal, with just the tip of its nose protruding from the silt. It was just one of 12 that the RAF dropped from ‘Dambusters' Lancaster bombers in an attack on German cruiser Luetzow in 1945, but this was the only one that did not explode.

A controlled explosion to destroy the bomb, which contained more than 2.4-tons of explosives – equivalent to around 3.6-tons of TNT – had been dismissed due to the location of a bridge some 500 metres away. Instead, the Polish Navy were using the ‘deflagrate' method, which is a technique in which the explosive charge is burned away using a remote controlled device without causing detonation. 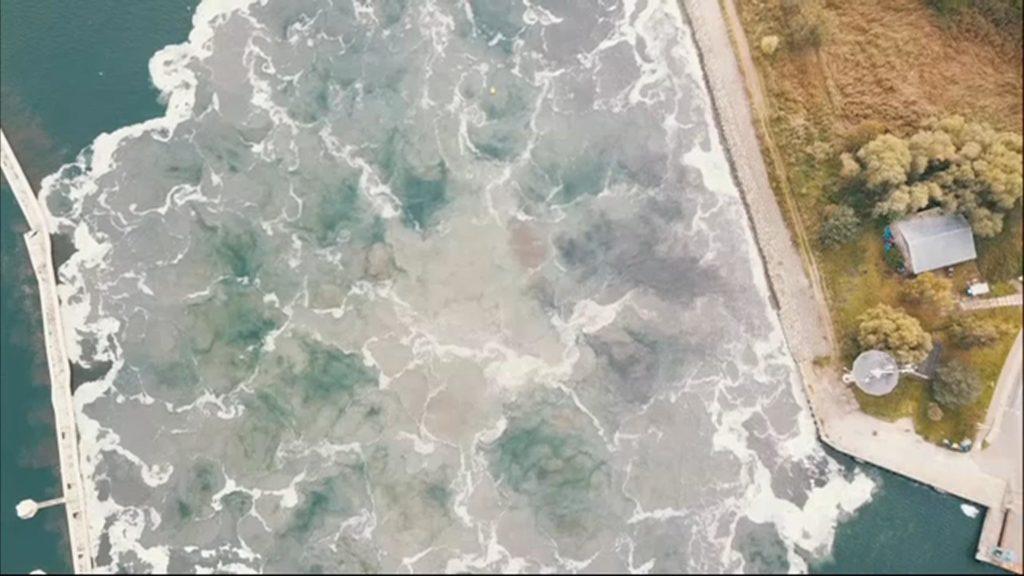 More than 750 residents in the vicinity had been evacuated from a 2.5km radius as the defusing process began, and Polish Navy spokesman Lt Cmdr Grzegorz Lewandowski had said there was a 50-50 chance the bomb would blow up as they tried to defuse it as it was ‘a very delicate operation'.

After the explosion, images of which flooded YouTube and the internet within minutes, he said: “The deflagration process turned into a detonation, but there had been no risk to the individuals involved.” He also added, perhaps stating the obvious, that the bomb ‘could be considered neutralized'.