Canadian Jill Heinerth is a World-Renowned Cave Diver, photographer and film-maker. Scuba Diver talked to her about how she first became interested in diving, what drives her need for exploration, and what the future holds in store for her. 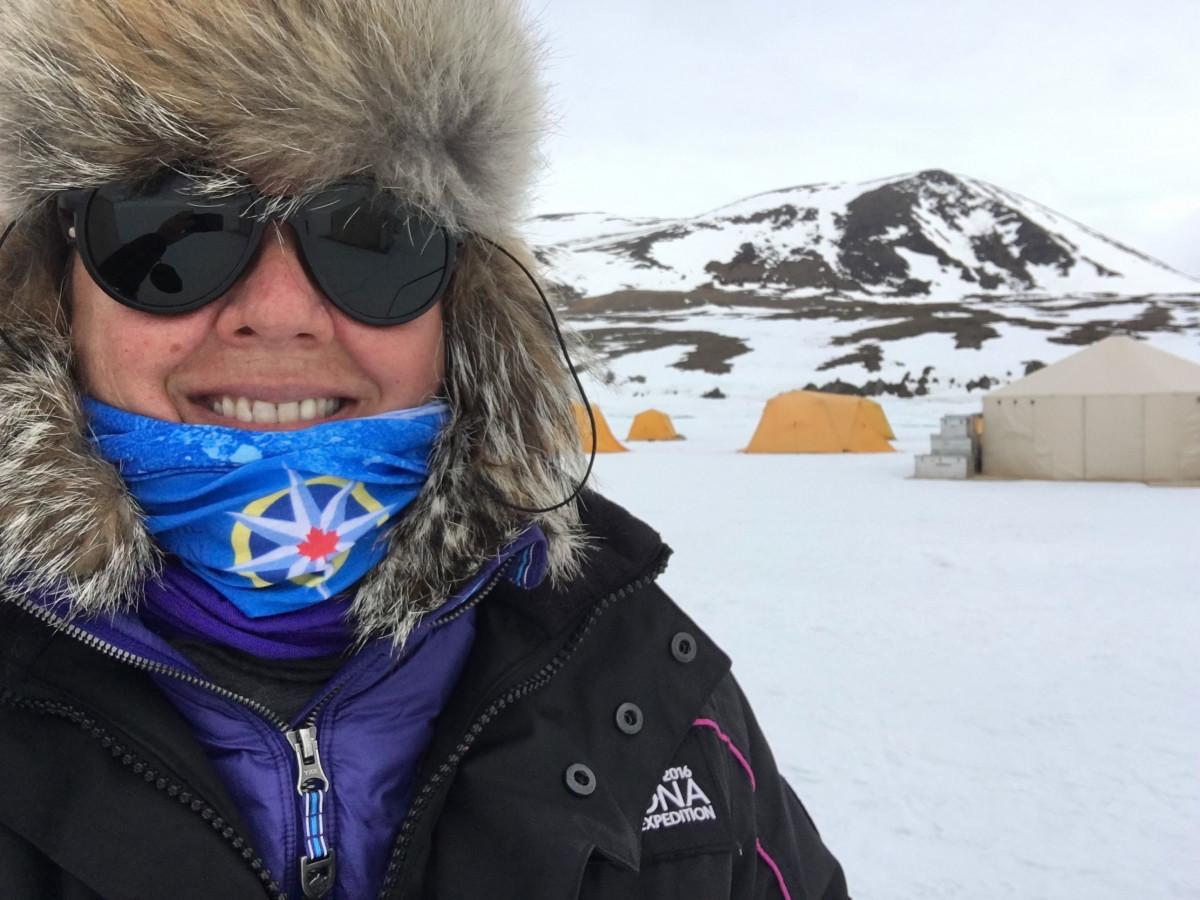 Q: What first ignited your passion in the underwater world, and when did you first start diving?

A: Like many kids my age, I was inspired by watching Jacques Cousteau on television. It was also the Apollo Missions, too. Watching men drive around on the surface of the moon influenced me to explore. 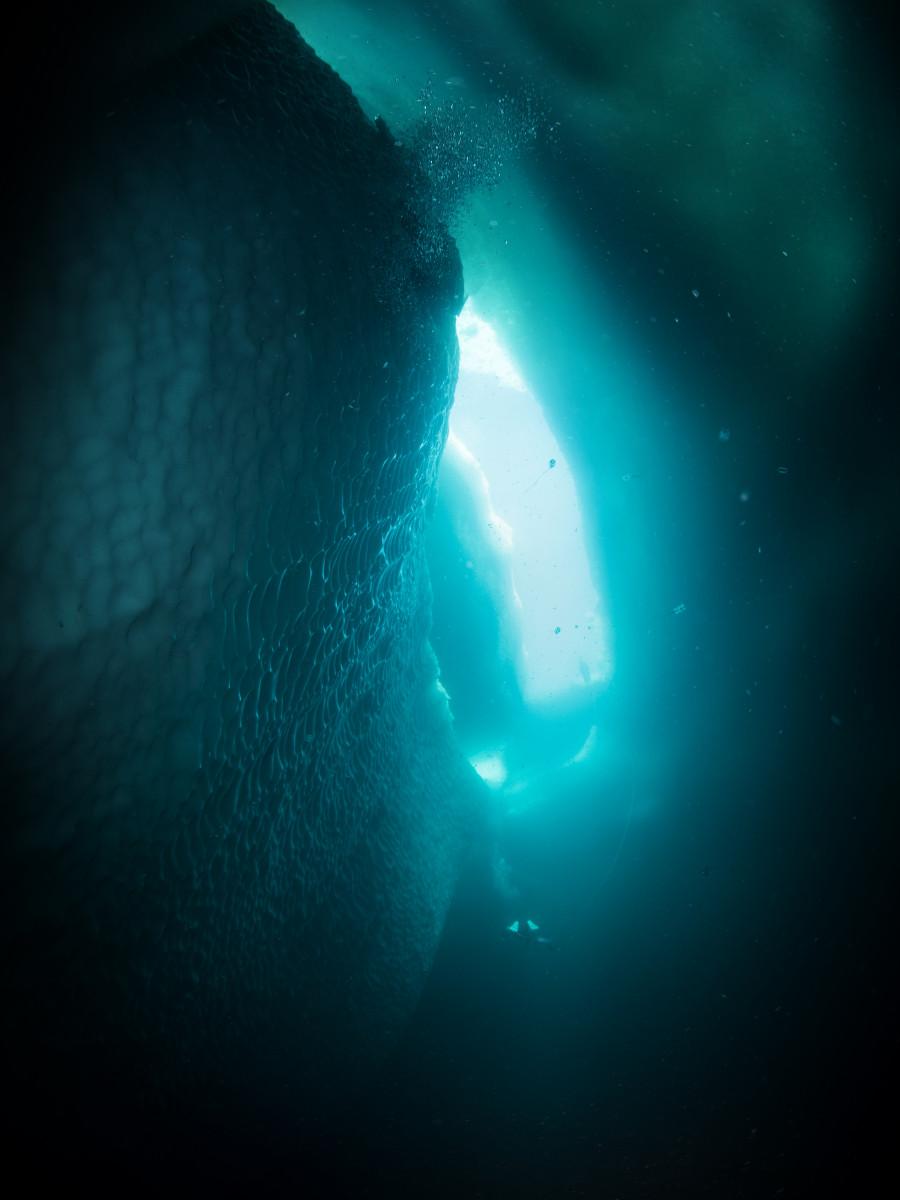 Q: You were the first person to dive in the ice caves of Antarctica? What was this momentous series of dives like?

A: That National Geographic project was perhaps the most-dangerous undertaking I have ever been involved in. It felt like the closest thing to going to another planet. Every moment was wild and unscripted. I had to be at my very best at every moment for the entire 60 days in the Ross Sea. The caves inside the icebergs were stunningly beautiful in their own right, and the garden of life we found beneath the great ice masses was colourful and abundant. 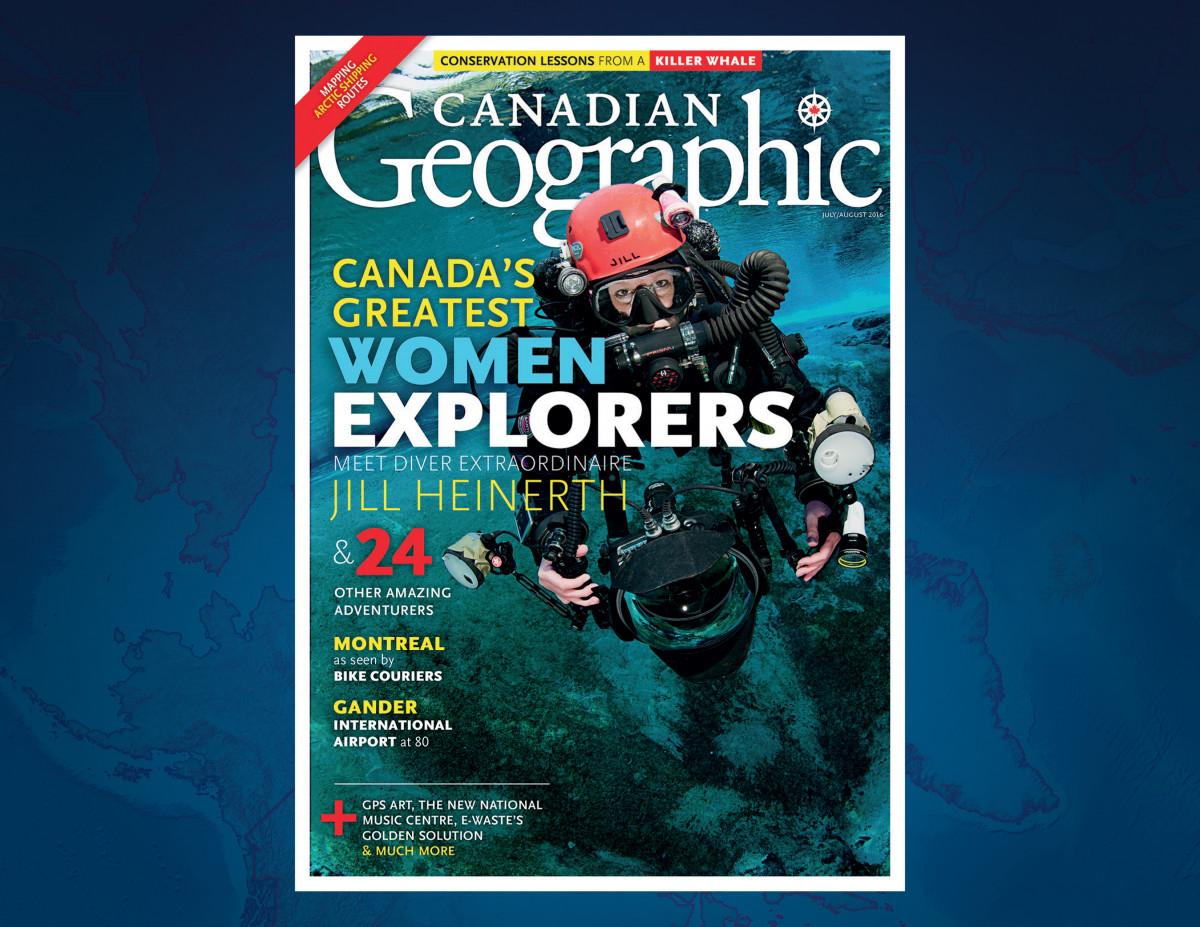 Q: You have been given many high-profile awards, including being a Fellow of the Explorers Club and Explorer-in-Residence of the Royal Canadian Geographical Society, and as well as being inducted into the Women Divers Hall of Fame. Which are you most proud of?

A: Representing the Royal Canadian Geographical Society as Canada’s chief explorer is perhaps the greatest honour of all. In my role, I spend a lot of time with the next generation of young explorers. That feels like my most-important mission to date. 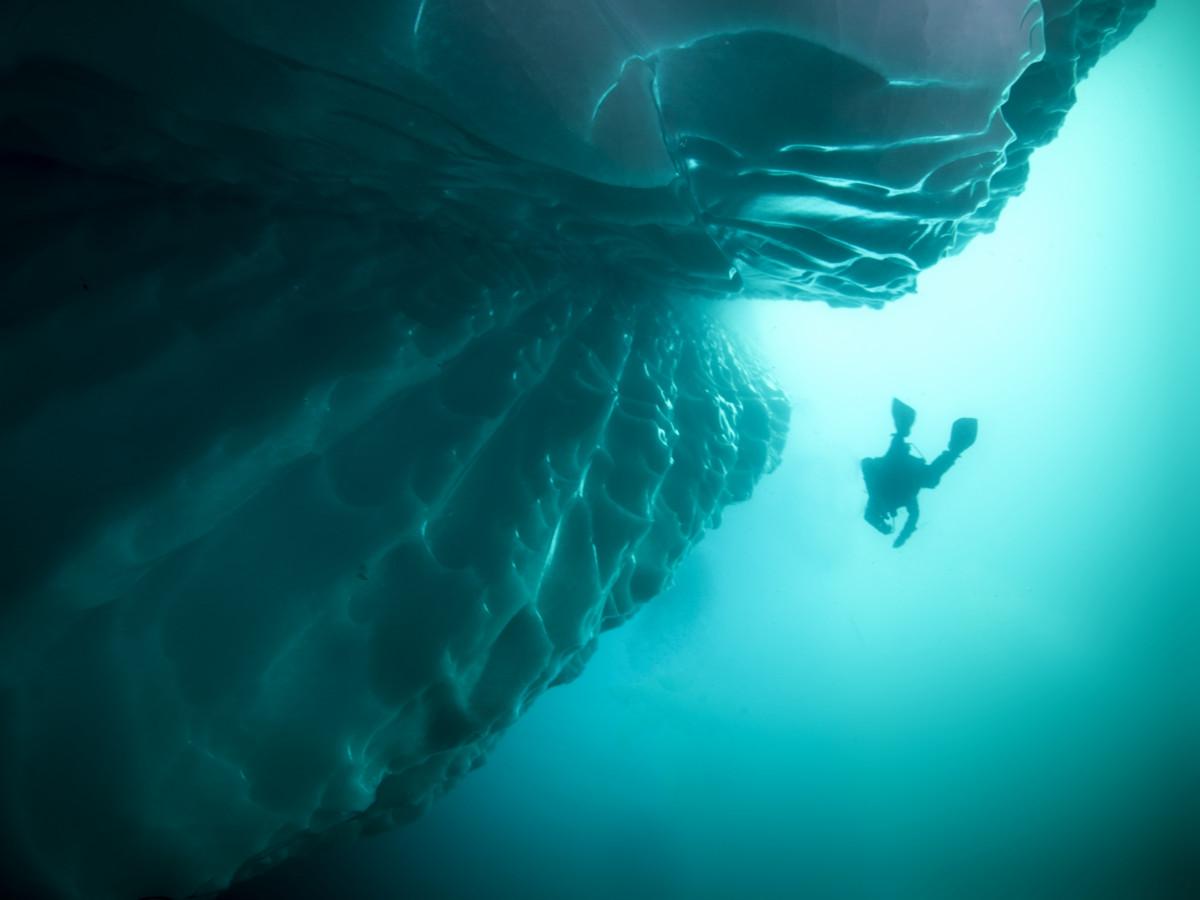 Q: You are well known in the technical diving world for your ground-breaking explorations. Which endeavours mean the most to you, and have left you with the most indelible memories?

A: My work at Wakulla Springs with the US Deep Caving Team feels like a stepping-stone for almost everything else I have done in my career. We began that mission over 20 years ago and yet those dives still stand as some of the most-ambitious dives ever conducted in technical and scientific diving. More importantly, it set the stage for my understanding of our water resources and my efforts as a water advocate. Since that time, I have continued to work with Dr Bill Stone on numerous efforts. The mapper we first deployed at Wakulla is now an artificially intelligent robot that will head to space. 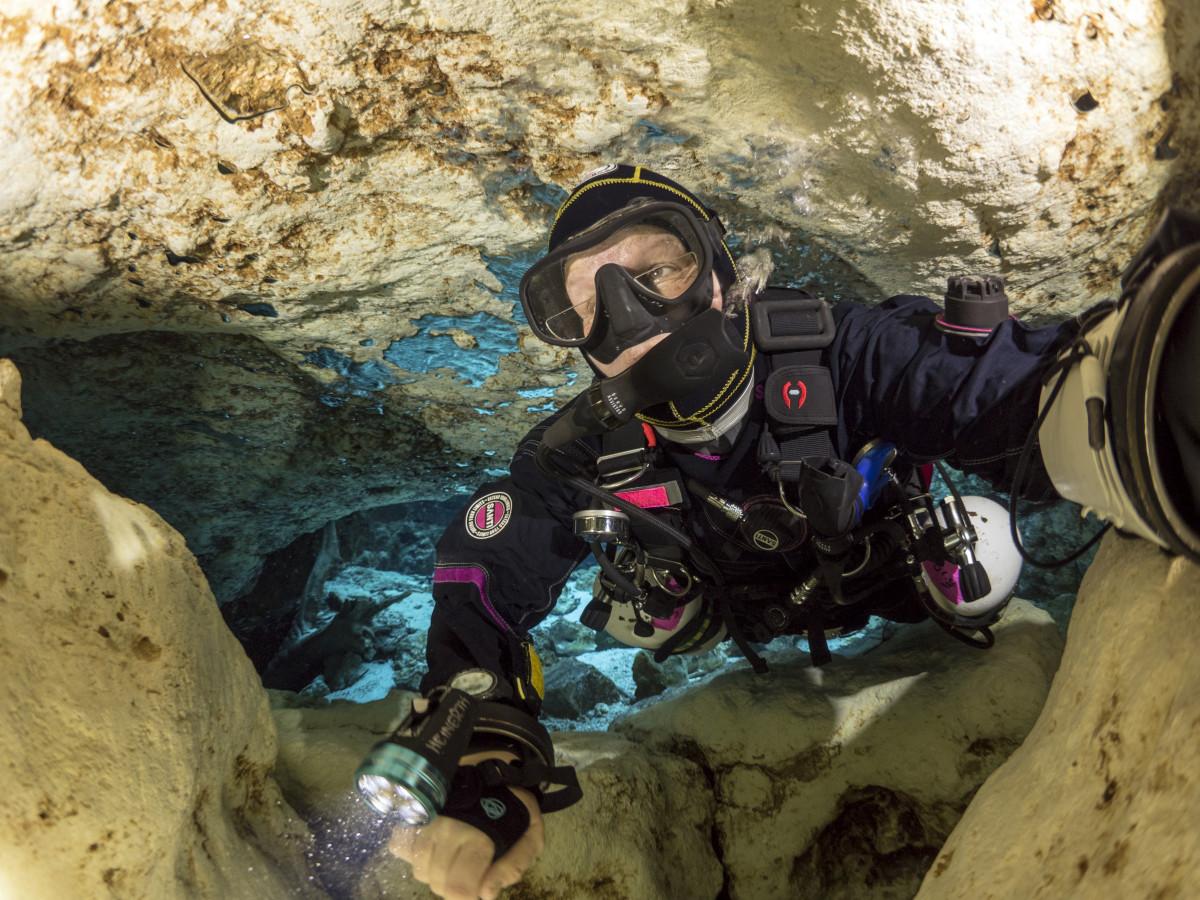 Q: Technical diving is quite a male-dominated discipline. Did you find being female a disadvantage, or were you accepted with open arms because of your impressive diving credentials.

A: It hasn’t always been easy working within male-dominated endeavours like cave diving and even underwater cinematography. There are time when I was flat out turned away as a woman. There are times when I got a job but got paid less than a male colleague. Believe it or not, I still face challenges as a woman in the sport today. We have a long way to go to reach full gender and racial parity in diving.

Not all discriminatory behaviours are intentional. Many are a reflection of long-practiced societal norms. One day I hope that I won’t be celebrated as a pioneering woman in diving. I hope I will just be celebrated as a diver who did some cool work. I hope we won’t need a Women Divers Hall of Fame or scholarships to lift women into career mentoring and scholarships. I hope we will just be diverse figures in diving, working collaboratively to do great work. 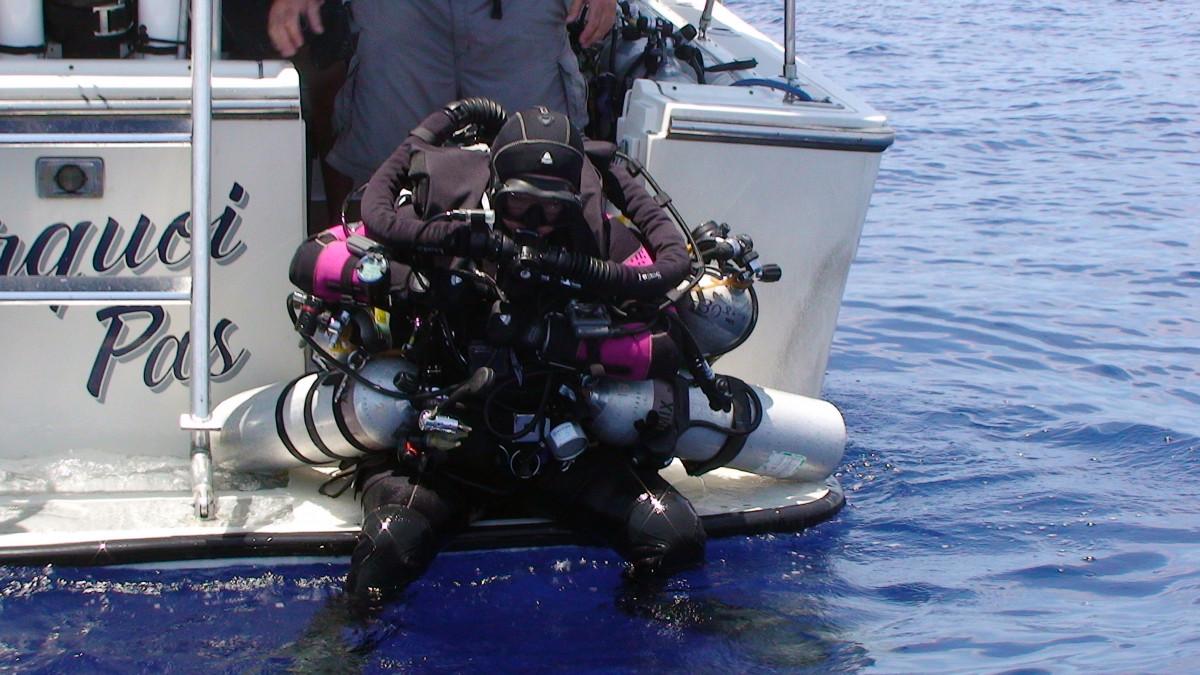 Q: You adopted closed-circuit rebreathers quite early on. What are the advantages of CCRs for the type of diving you are doing?

A: I jumped into rebreathers in the mid-1990s as a tool to increase my range in exploration. Used properly with adequate open circuit bailout and dedication to safety procedures, I believe they can offer increased safety for deep and technical dives. They have offered me a chance to get closer to wildlife, do scientific work that leaves the water column undisturbed and do longer decompressions with a little less bulk. 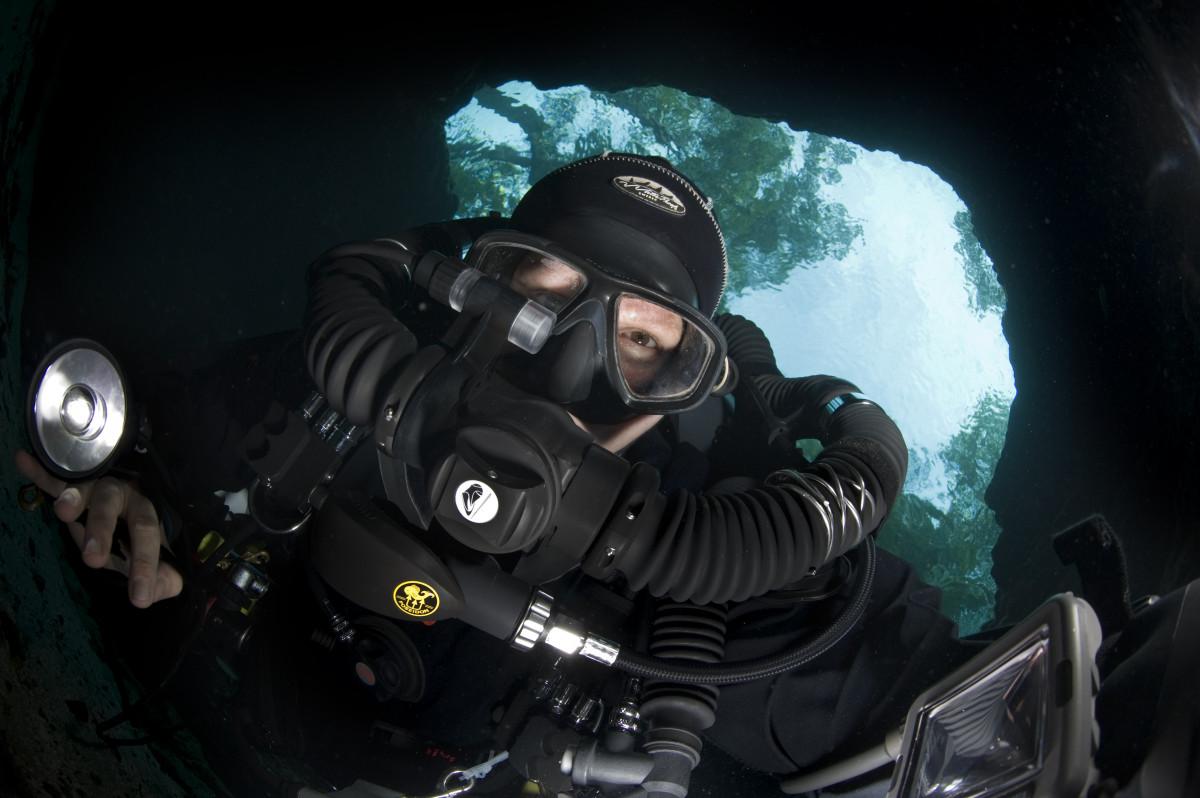 Q: You have worked with James Cameron. What was it like consulting with a massive Hollywood director, albeit one with a love of the underwater world?

A: Numerous people warned me that James Cameron might be tough to work with. I absolutely loved working with him. He is indeed a taskmaster, but is right alongside working the long hours too. He is passionate about underwater exploration and technology and that can be infectious. I recall a moment when we surfaced after several hours of filming in a cave. We were really hungry and rather than getting out of the water, he and I shared a pizza at the surface before heading down again. 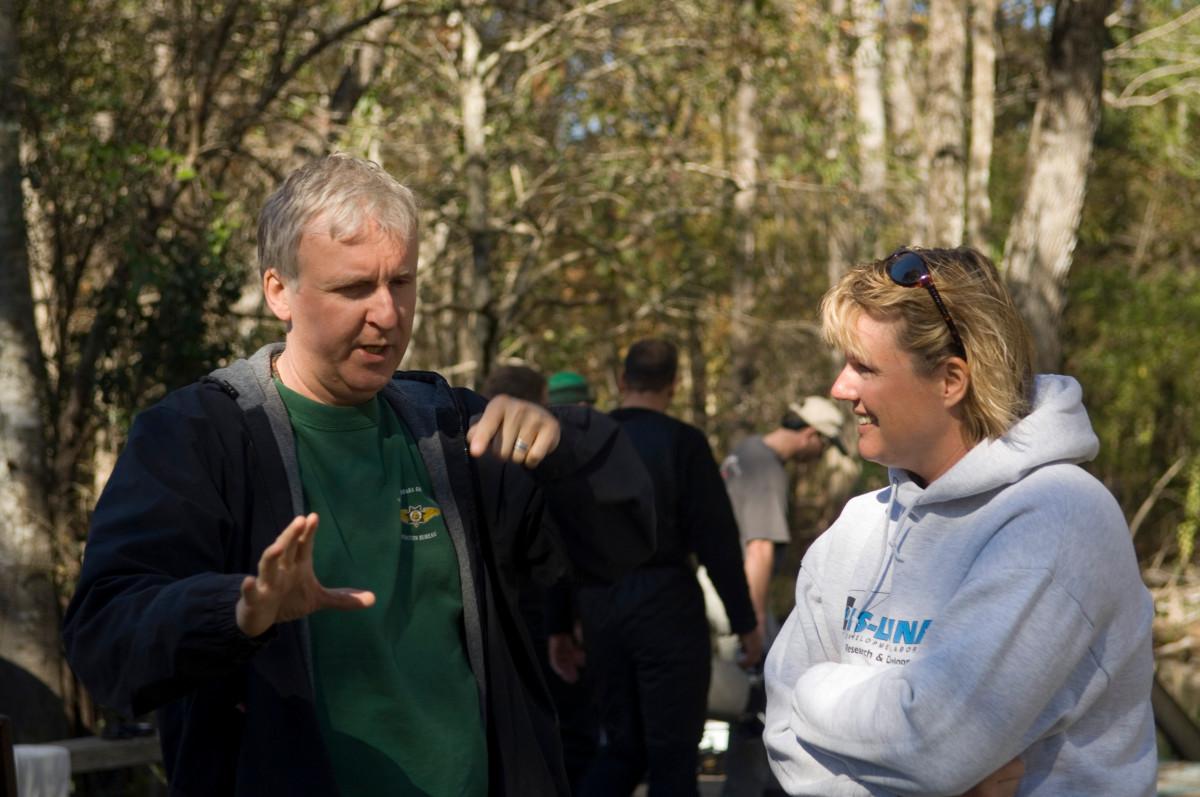 Q: In all the amazing dives you have conducted, what is your most-memorable experience?

A: That is actually a really tough question. I am so fortunate to have had many incredible and diverse experiences. A pod of a hundred humpbacks off Newfoundland, getting pulled to the surface by a stellar sea lion tugging on my drysuit hood, leaving an iceberg cave after being trapped for almost two hours, entering an unexplored room of the most-delicate crystalline speleothems in Mexico, returning to The Pit to shoot a photo that stuck in my head for 20 years, or diving into the Monte Corona volcano… how can I choose? Most days I simply pinch myself and plan for the next! 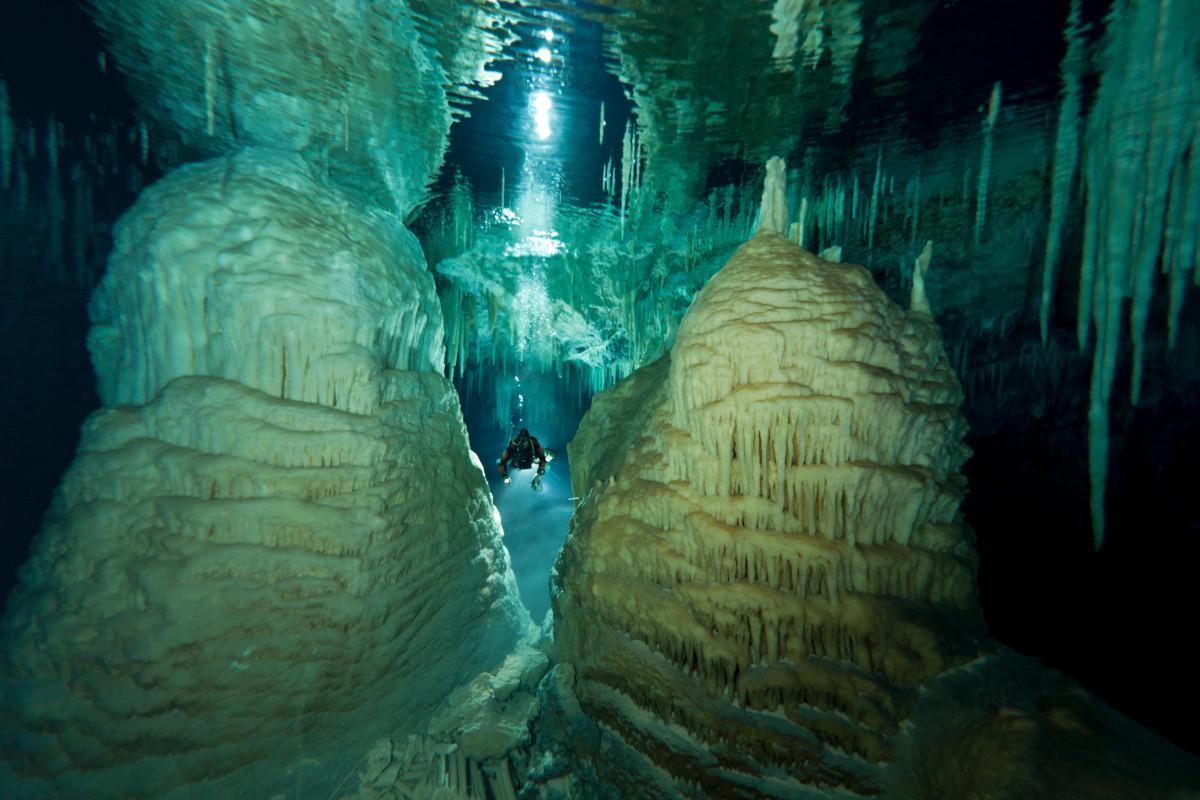 Q: On the flipside, what is the worst experience you have had while diving?

A: Well, I would say the ‘most-memorable’ and ‘the worst’ are often intertwined. I have come home from some scary moments in diving. I have been trapped inside an iceberg cave from current that pinned me down. I have been stuck behind a scientist who got stuck in a tiny cave not much taller than my helmet.

I have been bitten by a water moccasin, a fresh water eel and gotten bent deep in the jungle a long way from help. I have also had to write my fair share of eulogies for friends who died in caves. Those were horrible experiences but they all built the diver I am today. At times I was lucky, at other times smart. But today I carry all those experiences and friends with me as lessons on how to do things better and safer 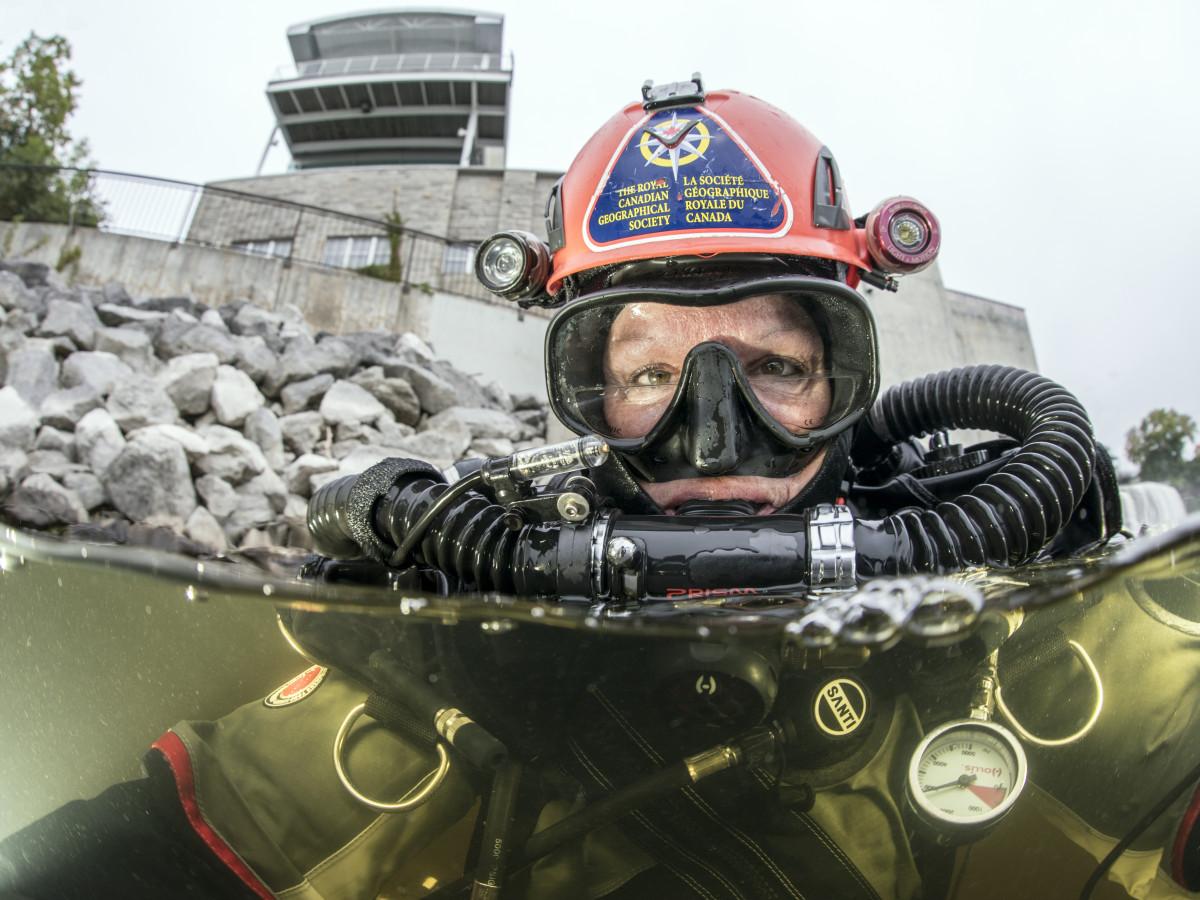 Q: So, what does the future hold in store for you, and what projects have you got coming up?

A: This week I head to the Arctic. In a few days, I will be camping 800km north of the Arctic Circle and beginning a summer of filming a documentary on climate change. I feel like this is urgent work. The north is changing so rapidly and I feel a great need to communicate that to the world. I’ll be filming narwhal, bowhead, walrus, and skinny polar bears while documenting how the changes in sea ice are changing their territory and further affecting the people of the north. 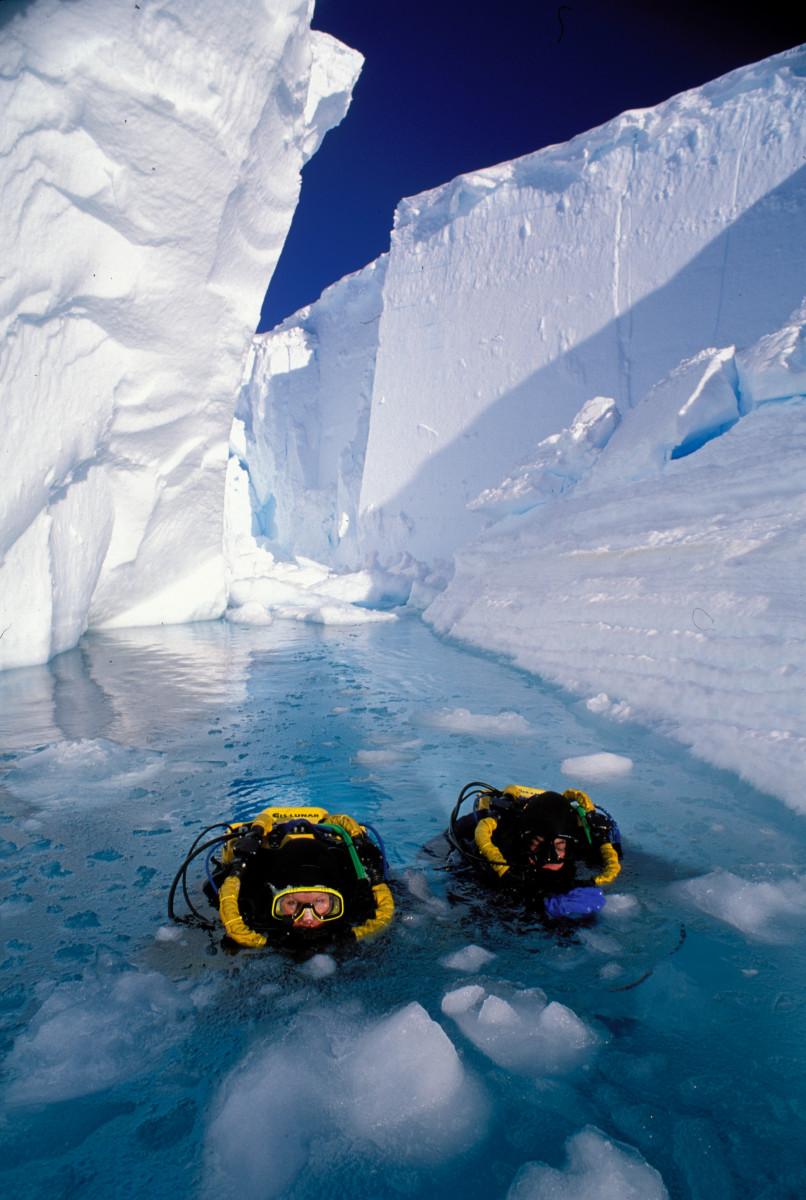