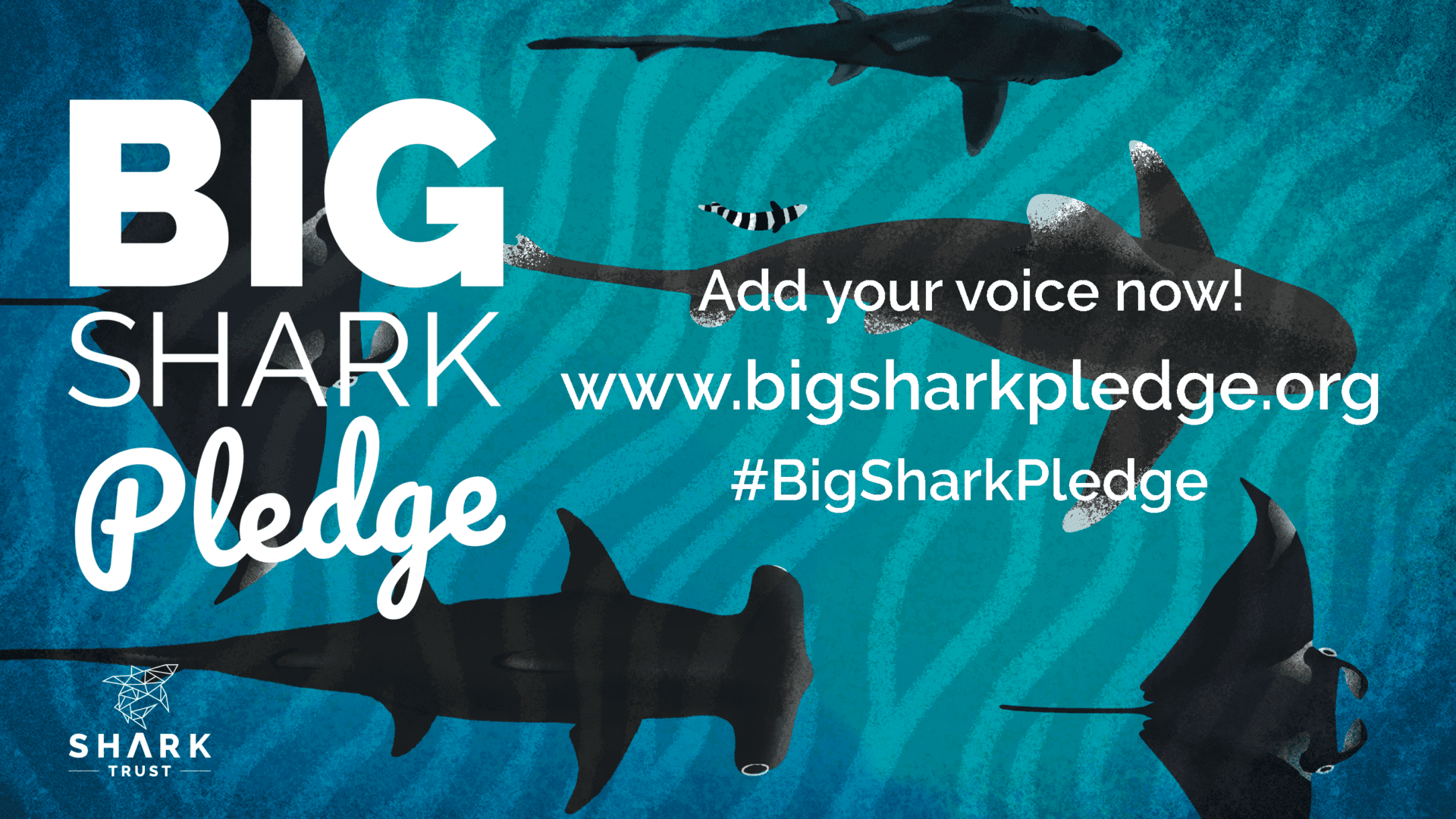 With the ink still drying on last week’s landmark listing of nearly 100 species of sharks on Appendix II of CITES, the Shark Trust insists that this is not the time for shark conservation to take a break, and has launched The Big Shark Pledge.

The Big Shark Pledge is the UK-based NGO's biggest-ever concerted campaign to tackle the overfishing of oceanic sharks, and it is calling on people across the world to join the call for stricter controls on high seas fisheries.

The Big Shark Pledge is at the heart of an ambitious set of campaign actions. Working to secure science-based catch limits on all sharks and rays affected by the international high seas fishing fleet, the pledge will build the largest campaigning community in shark and ray conservation history to support a raft of policy actions over the vital years ahead.

Many of our best known and much-loved sharks make their home on the high seas. In our shared ocean, these oceanic sharks and rays face a very real threat from a huge international fleet of industrial-scale fishing vessels. Research published in early 2021 confirmed that over three-quarters of oceanic sharks and rays are now at risk of extinction due to the destructive impact of overfishing. They have declined by 71% over the last 50 years.

The Shark Trust is celebrating its 25th Anniversary this year and has a long history of securing positive changes for sharks, skates and rays. The Big Shark Pledge will build on the success of their NoLimits? campaign, which underpinned landmark catch limits on blue sharks and short-fin mako in the North Atlantic.

“While the listing of so many species on the CITES trade agreement is certainly a positive step, there remains a huge challenge in ensuring that sustainable practices are embedded in international fisheries.” says Shark Trust Director of Conservation, Ali Hood. “Sharks on the high seas face extraordinary pressure from excessive fishing practices. This has to be addressed through international agreements such as those secured for Blues and makos.”

There is hope and a feeling of momentum in the shark conservation community. Just last week, in addition to the new CITES listings, the Shark Trust, working with partners in the Shark League, secured the first-ever international quota for South Atlantic mako at ICCAT meeting in Portugal. The new campaign from the Shark Trust aims to push forwards from here, engaging a wave of support through the Big Shark Pledge to bolster policy action.

This will be a long-term international and collaborative effort, forging a pathway to rebuild populations of high-seas sharks and rays by putting science at the heart of shark conservation and fisheries management – and making the vital changes needed to set populations on the road to recovery.

Shark Trust CEO Paul Cox commented on the new campaign, saying: “The Big Shark Pledge is designed to give everyone who cares about the future of sharks the chance to add their voice to effective and proven conservation action. By adding their name to the Pledge, supporters will be given opportunities to apply pressure at key moments to influence change.”