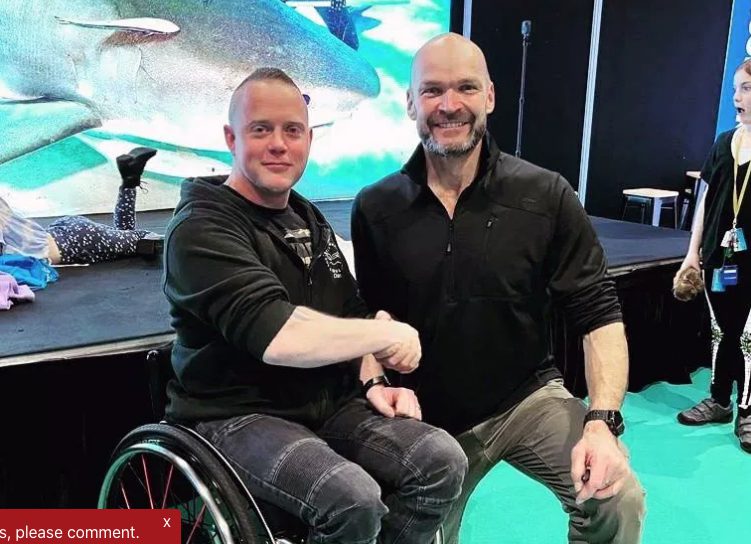 Paraplegic scuba diver Dan Metcalfe-Hall, known as ‘Wheelsdan‘, is aiming to set three Guinness world records on 28 September and raise funds for worthy causes – but he needs YOUR help to reach his target.

Dan, a gym instructor from Grantham in Lincolnshire, sustained severe injuries in two accidents just four years apart. He was told that he would never walk again in the summer of 2014, after a crash while riding his motorcycle had left him paralysed from the waist down, and then he was hit by a car in 2018 while handcycling – ironically, a sport that was playing a major role in his rehabilitation from his first accident.

This second accident left him with a serious neck-compression injury for which he still requires treatment, also causing reduced muscle strength in one shoulder. Around the same time he was diagnosed with PTSD and depression.

Dan, who had already tried scuba diving, found that it helped with his rehabilitation after the second accident, providing a ‘big release from being in a wheelchair', and he is now qualified as an Assistant Instructor.

Wheelsdan will be spending some six hours at a depth of 6-8m during the challenge to set three world records, and will raise money for The Scuba Trust, which has supported Wheelsdan as it does many scuba divers with a range of disabilities, and MAGPAS Air Ambulance, which responded to his life-changing motorcycle accident back in 2014 and without which he doesn't think he would have survived. Remaining funds will go towards providing changing facilities for disabled divers at Stoney Cove.

He is currently a little over halfway towards his ambitious target of £5,000. You can make donations to this epic challenge here.