We all need a little octopus love 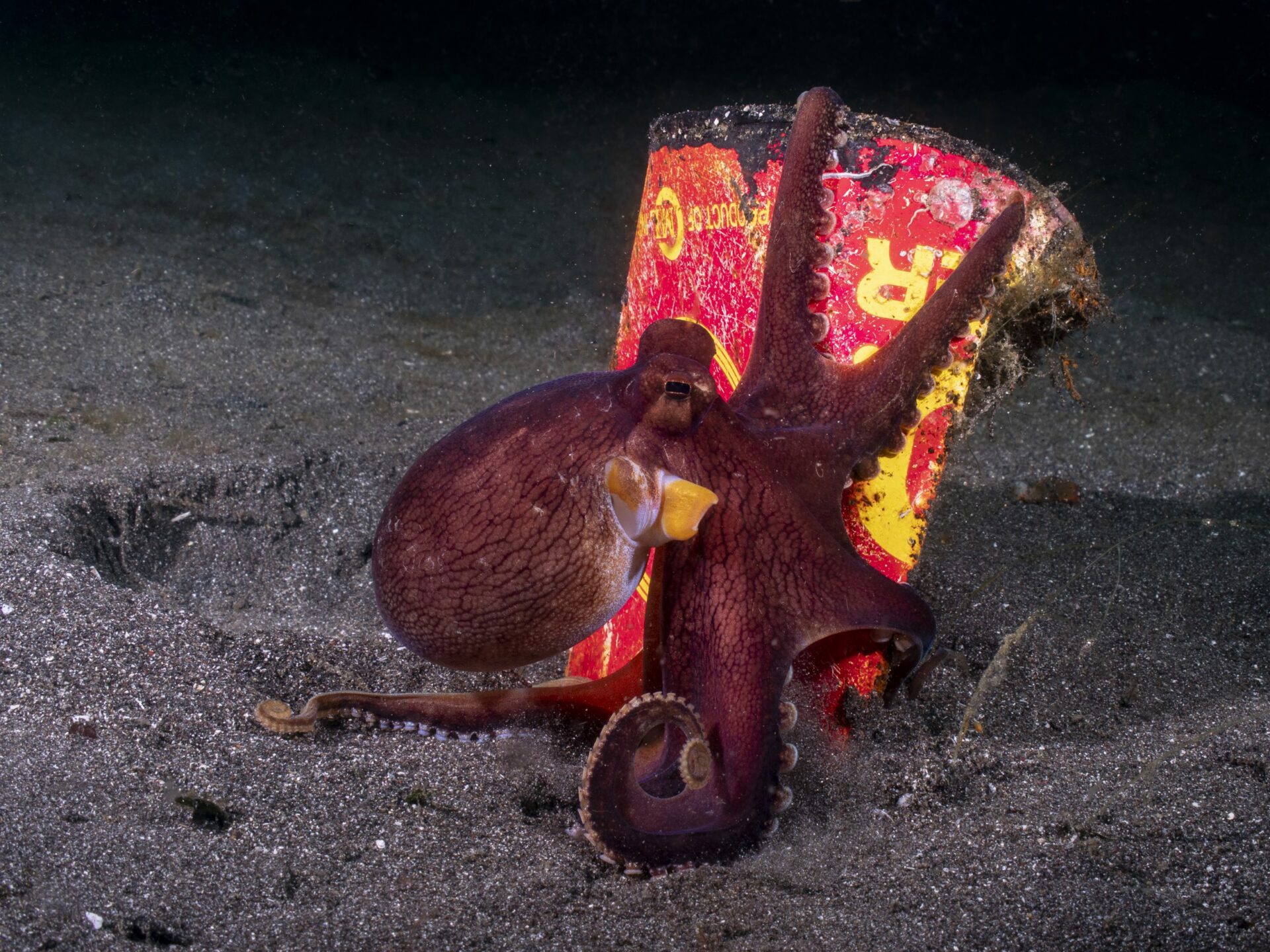 The Right Stuff Anne Medcalf looks at what to consider...
Contents hide
1 Mario Vitalini describes his love affair with the octopus, cuttlefish and squid
1.1 The reef octopus
1.2 Octopus on the seabed

Mario Vitalini describes his love affair with the octopus, cuttlefish and squid

The cephalopod family, which includes octopus, cuttlefish and squids, are a charismatic group, beloved by many a diver. Incredibly intelligent, these beasties are superb subjects and have an incredible ability to convey personality through an image. And their diversity is just part of the attraction to us photographers.

The most-common member of the family and probably the one with the most character is the octopus. There are around 300 different species, from the huge giant Pacific octopus to the small blue ring. This article focuses on how to approach these fascinating animals, and how to capture these big personalities.

The reef octopus is one of the most-common species and probably the one most divers first encounter. It lives on most tropical shallow reefs. Even if it is widely distributed, its mastery in camouflage makes it relatively difficult to spot. They often change their colour and the texture of their skin to match the surrounding area. Bewitching to watch. Tricky to find.

In a photo it can be difficult to distinguish them from the reef itself. You need to be able to clearly see the subject in the shot. Position yourself so the octopus is between you and the open sea, composing your picture against a blue background. This can really help draw the subject out, especially against busy reef scenes.

Occasionally you can find reef octopus sticking their head out of their hiding holes on the reef, showing only their eyes. If you approach them slowly, and with a bit of luck, the octopus will accept you and come out. They can be very curious in nature, and will often investigate unusual activity nearby. Hovering next to an octopus lair may pique its interest, and with some patience they may interact with you and your camera. Or even with another octopus if there is one nearby. Males have been known to fight. Spend time with your octo subject.

These situations can make for a fantastic photo opportunity, but always make sure you do not disturb the animal. Let it come to you, and remember that no photo is worth aggravating or disrupting marine life. Octopus are very good at letting you know when they are upset or feel threatened by rapidly changing colour and flashing bright red. If you see these displays, simply back away and give it some space.

Octopus on the seabed

There are destinations such as Indonesia or the Philippines where you can find several different species of octopus on one dive site. From the ever-changing mimic to the cute coconut, there are many great ‘tentacly’ beasties to keep you entertained for hours.

These tend to be muck-diving destinations and this means octopuses live on the sand. They almost never leave the bottom. Stop to think about the composition. I've seen many octopus shots from above, but I personally do not think they look great. Instead try to get as low as possible to the seabed and compose the shot focusing on the head against the water column with a hint of tentacles at the base, or go close into the eyes. Just be careful not to disturb the bottom or lay on any corals or the sand.

If the octopus is in its burrow and not out in the open against a clear background, I prefer to use a snoot so I can focus the light of my strobe on a specific point of the animal, such as the eye.

Inward lighting is another technique incredibly useful to separate the subject from the background. By angling your flashguns towards yourself, you will only use the edge of the cone of light on the subject, avoiding lighting anything behind it. This technique requires you to get very close to the subject.

As always, getting good eye contact is essential. Octopus eyes are very interesting and make an attractive focal point. But do not forget the tentacles too, the suckers can add some context. Octopus skin can be incredibly interesting, they can change the texture and colour offering some great opportunities to use your lighting to great effect.

Controlling backscatter is something else you should think about. These dive sites tend to be a bit murky and it is very easy to disturb the sand in the area. Concentrate on your buoyancy. Try to get as close as possible to the octopus in order to minimise the amount of water between the lens and the subject, and pay special attention to the position and power of your strobes. A snoot can also concentrate the light on your subject, avoiding lighting the particles in the water.

Remember, blue ring octopus are one of the most-poisonous marine creatures and you should never try to handle them (this should be a constant rule as a diver, but is worth a mention). When you approach them, they usually flash the blue rings on their body to warn potential predators, making for very vivid pictures. Be aware of your surroundings.

Coconut octopus are clever little critters. They are the only cephalopods known to use tools. It is not unusual to find them using shells, coconuts or any other object as a shelter. Never move ‘rubbish’ around on muck sites as you don’t know what may be living there.

Octopuses are not the biggest or rarest subjects out there, but are by a long way some of the most-charismatic and interesting, so next time you are swimming along the reef pay attention to the bottom and if you see one of these guys, spend some time with it.

Octopus as subjects vary hugely in size. The common reef and coconut octopus are large enough to allow you to use a wide-angle lens. You can even try a fisheye if you go for a close-focus wide-angle shot.

When using a wide-angle lens, make sure you approach the subject from a very low angle so you can compose your shot, including the water column as background and, if possible, the surface. If you are using a compact or a mirrorless camera with a kit lens, you can take a good portrait.

Smaller species such as the wonderpus or blue ring are better suited for a macro lens. A wide angle will allow you to show your subject and the habitat, while with a macro you can concentrate on the small details.

Octopus are some of the most-versatile subjects, and their range in size and habitats gives you the ability to come back with a great photo regardless of the set up you use. With a wide-angle lens remember to look for good separation from the reef, and shoot upwards against the water column. When using a macro lens, the attention to lighting is very important, use your strobes to isolate the subject. Think carefully about the habit and the backgrounds. The star of the show is the octopus, allow its personality to shine through.

Quick grammatical note to finish and fuel a constant argument, the plural of octopus has caused a lot of debates, and not only in my home, and it seems to depend on which Latin noun declension group you believe the word octopus belongs to. Octopi, octopuses, octopus – I love them all.