Walrus spotted off the Irish coast 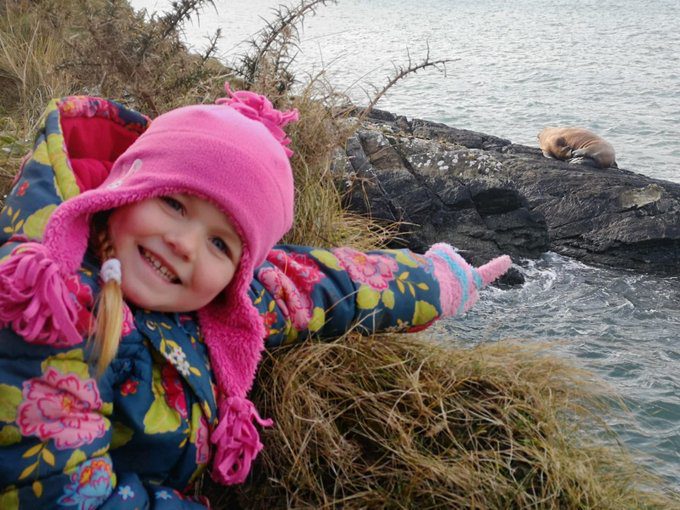 A gigantic walrus is the last thing you'd expect to see lounging on a rock on the coast of Ireland, but that is exactly what a man and his young daughter happened upon during a walk.

Alan Houlihan and his five-year-old daughter Muireann couldn't believe their eyes when they saw the huge mammal resting on a rock off Valentia Island off County Kerry.

He said: “I thought it was a seal at first and then we saw the tusks. He was about the size of a bull or a cow, pretty similar in size. He was massive.”

Local marine biologist Kevin Flannery reckons the walrus is from the Arctic and most likely fell asleep on an iceberg and drifted south.