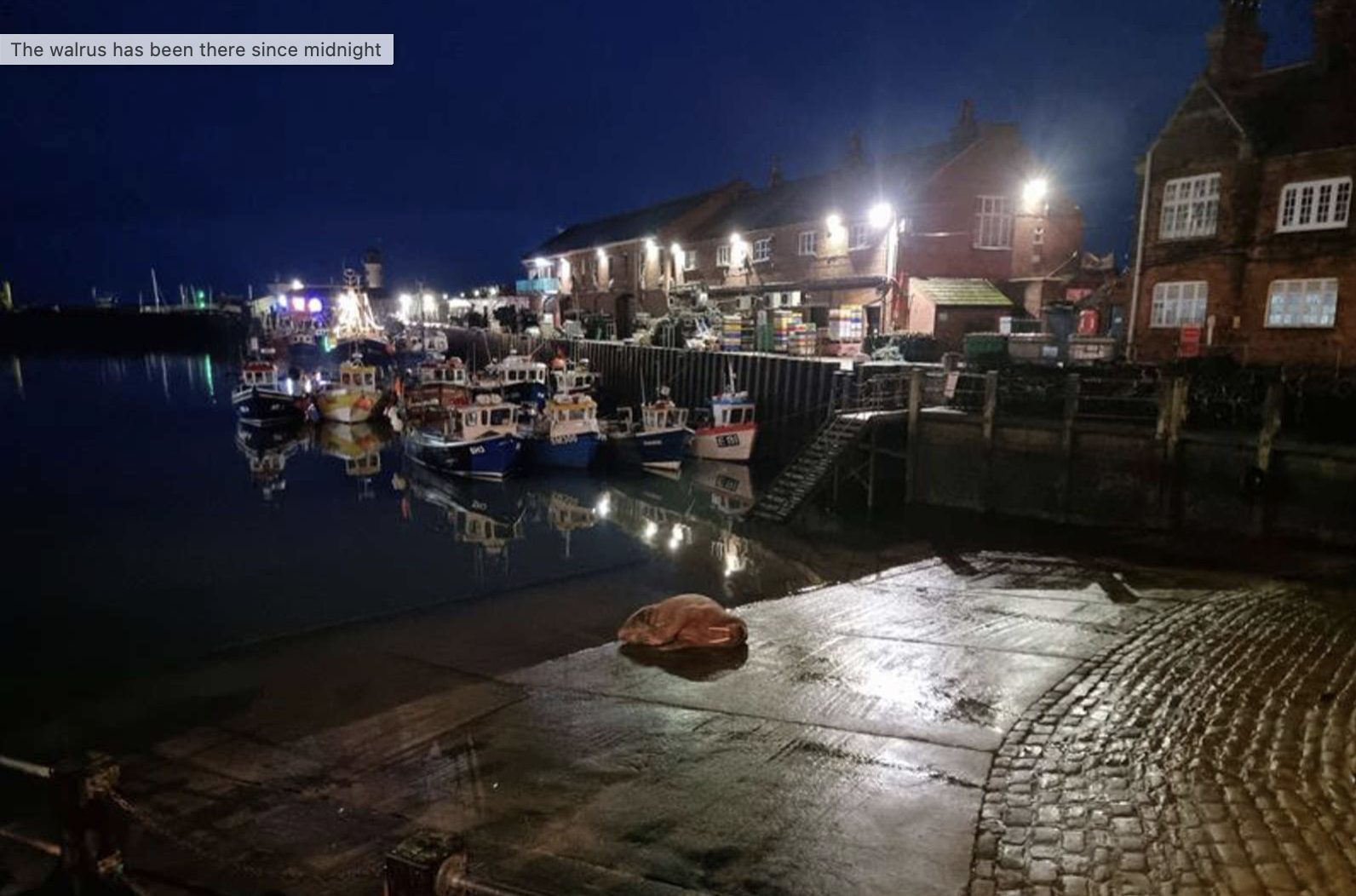 A walrus nicknamed Thor, who was last seen off the coast of Hampshire, has now rocked up on the shoreline of Scarborough in North Yorkshire.

Members of British Divers Marine Life Rescue (BDMLR) and the North Yorkshire Police were quickly on scene to keep the crowds of onlookers away from the animal, which it is thought is resting in the harbour as it makes its way back home to its normal Arctic waters.

The annual fireworks for New Years Eve in Scarborough have been cancelled so as not to disturb the walrus.

Prior to showing up in Hampshire, it was seen in the Netherlands, Dieppe and Brittany in recent weeks.

“We're not really sure why he's there to be honest, we can confirm it was the same walrus that was in Southampton about a month ago. Hopefully he's making the journey back up north.

“We think he's visiting due to climate change – walruses live in the Arctic and we think because the ice caps are melting, that's why he's travelled so far south.”