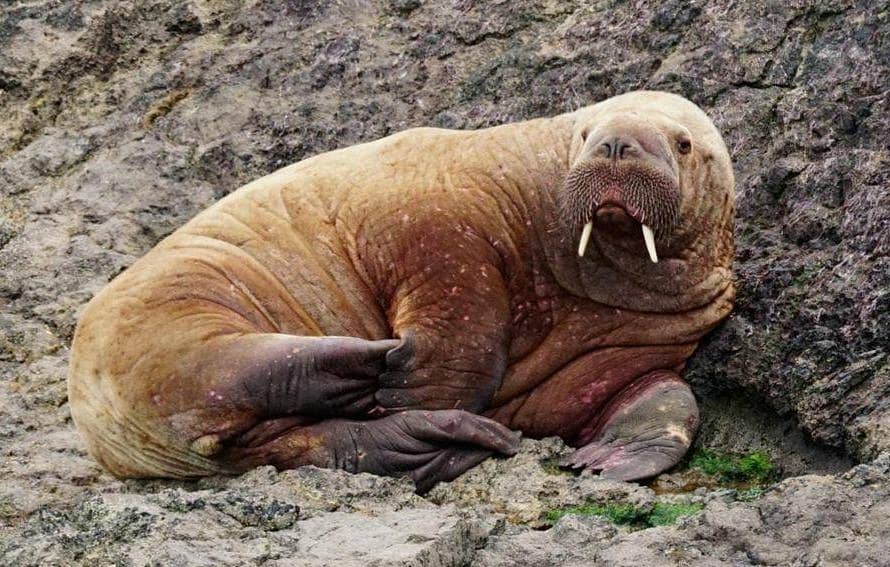 The walrus seen off the Irish coast several days ago has now made his way to Pembrokeshire in Wales.

As report in Scuba Diver, the walrus was first seen by Alan Houlihan and his five-year-old daughter Muireann off Valentia Island, County Kerry, a few days ago.

Now, it appears the mammal has swum over to Wales, after he was sighted lounging on rocks off South Pembrokeshire.

Welsh Marine Life Rescue, along with members of the RSPCA and CIP, monitored the walrus, which appeared a little underweight but otherwise uninjured. He was seen re-entering the water and swimming off after chilling for a few hours.

Walrus did live off our coastlines until they were hunted to extinction. Let's hope this majestic chap finds enough to eat, and then is able to make his way back home to the Arctic.