Veterans memorial created from statues sunk in Gulf of Mexico 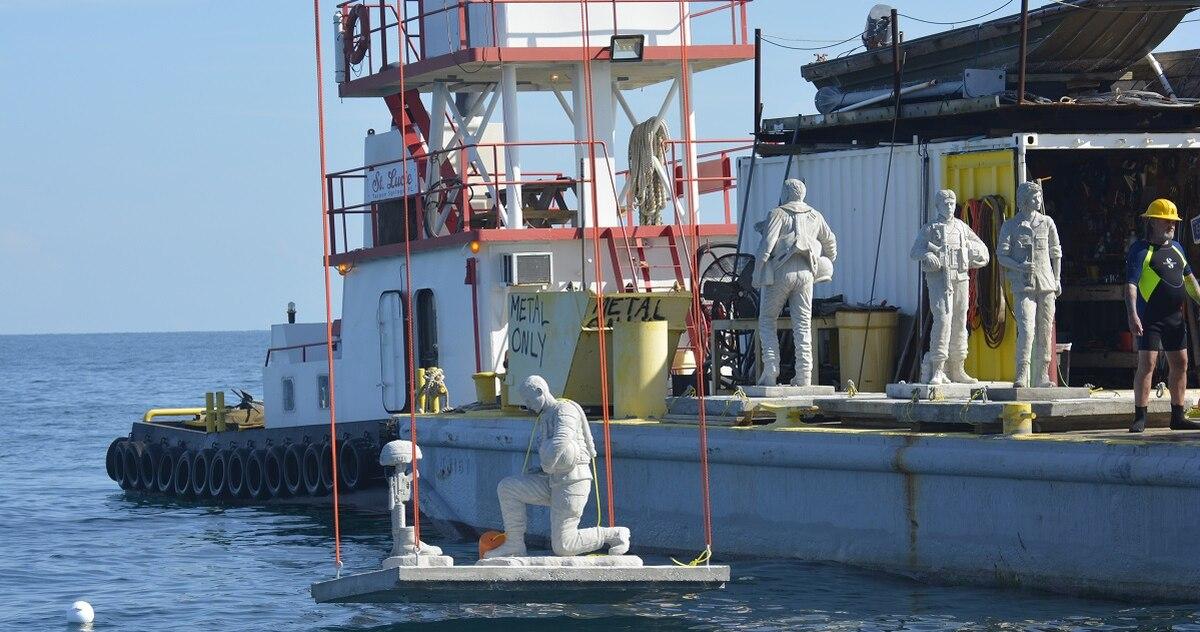 An underwater memorial dedicated to US veterans, known as the ‘Circle of Heroes’, is being created by sinking life-size statues in the Gulf of Mexico.

When it is completed, there will be 24 concrete statues in total, representing the Air Force, the Army, the Navy, the Marines, and the Coast Guard.

To keep them secure, the statues are attached to 900kg bases some 12m deep about ten miles off the coast of Dunedin Beach in Florida. They are an integral part of a 30-metre circle facing a pentagon-shaped monument honouring the services, with bronze emblems on its five sides.

Efforts to raise funds for the project were led by former Congressman David Jolly, via his non-profit organisation Brighter Future Florida, after being inspired by a grand vision from his uncle, scuba diving instructor and oceanographer Heyward Mathews. Mathews said: “I just wanted something that was going to be permanent, and also wanted something that was going to honour our veterans in a unique and different way.”

The memorial is also intended to help veterans struggling with PTSD, depression and trauma, and John David White, director of Brighter Future Florida, said a veteran-focused non-profit is expected to lead a group of amputees to view the memorial. He said: “It’s a dive destination, yes, but it’s also going to give back to the veterans that may be able to benefit from it.”

Those who visit the monument can either scuba dive below the water, or can snorkel to view the monument from above.