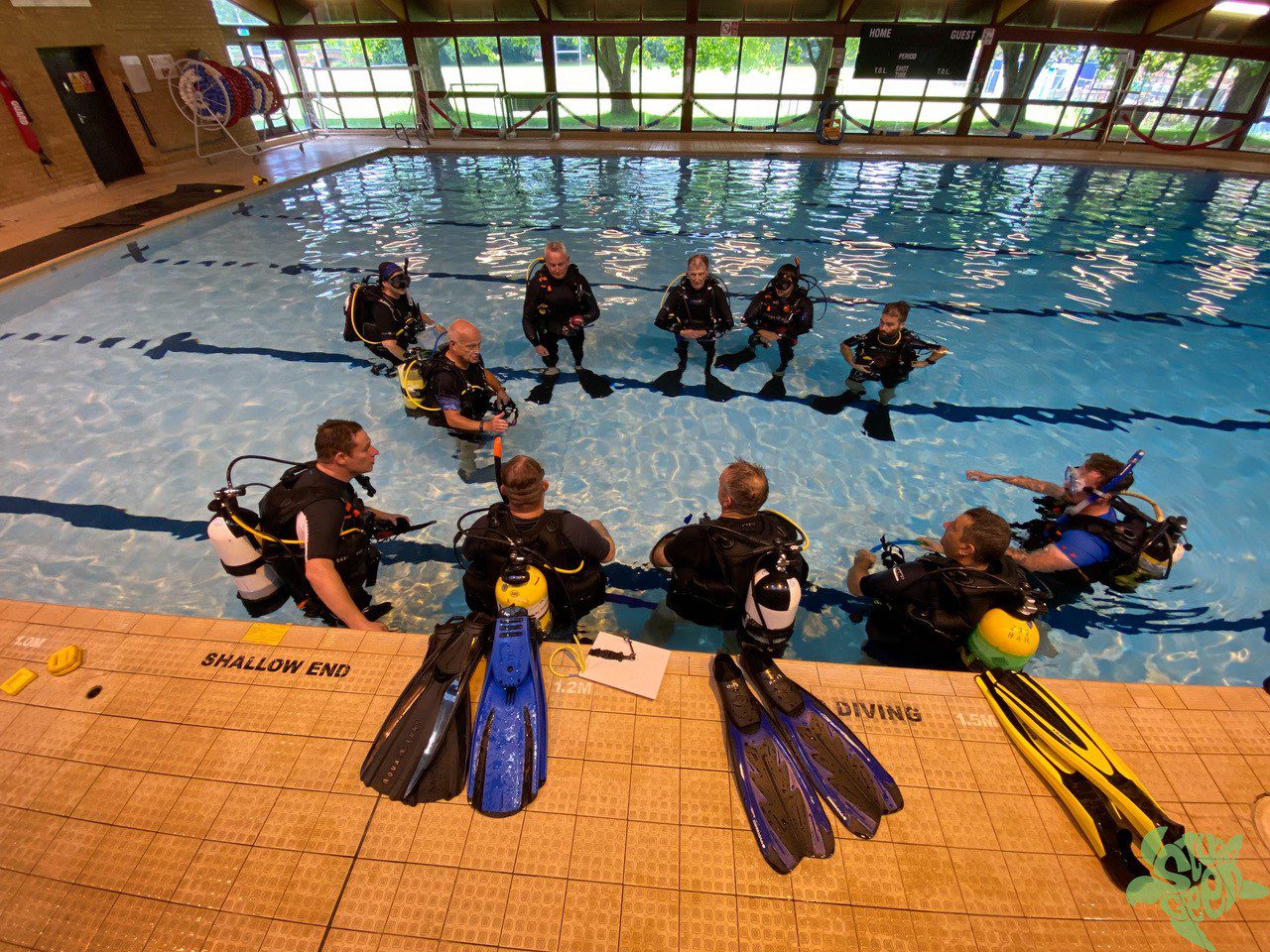 Scuba diving rehabilitation charity Deptherapy has announced a substantial grant from military charity the Veterans’ Foundation. The grant of £25,000 will allow Deptherapy to return to Roots Red Sea, its base in Egypt, funding RAID Open Water 20 courses and continuing education courses for scuba divers in 2022.

The grant is a significant boost to the funding of Deptherapy’s work – rehabilitating UK Armed Forces’ Veterans who have suffered life-changing mental and/or physical challenges through adaptive scuba diving programmes and 24/7 support.

“Sometimes at night he comes into my bedroom, sits at the end of my bed and we talk. He was my best friend. It seems so real; he is alive. Sometimes we are back on patrol and he steps on the IED and all there is, is pink mist. He died that day, but he is always in my heart.” – Deptherapy beneficiary.

The Veterans’ Foundation has supported Deptherapy since 2017. During COVID restrictions, when travel to Egypt was not possible, the Foundation funded an Open Water course that was run at Eton College Pool and Wraysbury Dive Centre. The course was the first of its kind for the charity in the UK.

Deptherapy beneficiary Grant, who has MS and is a wheelchair user, said: “I was part of the group that undertook their open water course in the UK. Unfortunately, I could not finish it as I was unable to complete the 200-metre non-stop swim. I have put in a lot of work in my local pool and can do the 200 metres easily now. The Veterans’ Foundation grant means I can travel to Egypt on this year’s expedition and complete the course in warm water. I know I can achieve something that many would say is impossible.”

Deptherapy’s announcement of the Veterans’ Foundation grant comes in a week where ‘mental health’ concerns dominate the headlines with so-called ‘Blue Monday’, as well as a compelling article that appeared in The Times on 15 January.

The Times article, written by war correspondent Anthony Loyd, reports on the terrible impact on the mental health of UK Armed Forces’ Veterans who served in Afghanistan. In particular, the article focuses on soldiers from the Rifles Regiment and the concerning number of suicides amongst the troops post-conflict.

Deptherapy Ambassador and author of Bombs for Breakfast, Gary Green, is a former Rifleman, who lost his sight in one eye and has Chronic PTSD as the result of an IED blast while on patrol in Afghanistan.

Gary said: “I would imagine many members of the public will have struggled to read or were moved to tears reading the reality of life on the battlefields of Afghanistan. The mental health toll is immeasurable. Deptherapy has had a major impact on helping Veterans like myself return to a healthy lifestyle.

“Among those we work with, suicide ideation is high. The Veterans’ Foundation grant coming, as it does, hard on the heels of lockdown means we can once again deliver our core programmes and developmental programmes at Roots. Deptherapy works because we understand what Veterans have been through. We are a family.”

Deptherapy, as part of its ongoing research programme, is commissioning a medical study to look at the apparent unique benefits that Roots Red Sea offers in terms of mental health. Previous research suggested that the experiences of beneficiaries at Roots, and in particular in what became known as the ‘Reflection Room’, contributed significantly to an environment where beneficiaries could speak openly about their mental health problems. Researchers will travel on expedition this year alongside beneficiaries and will be able to experience the Roots environment first-hand.

Deptherapy Ambassador and Mental Health Champion Tom Oates said: “PTSD destroyed my life as it has many of those our charity works with. I was detained in a secure ward after I tried to take my own life. I know what Deptherapy delivers.

“We deal with more than PTSD – there are the major physical injuries too – but many have depression or anxiety, adjustment disorder, severe learning difficulties and survivor guilt. Many of these are at the top end of the scale.

“When the phone rings or you get a message from a partner, a parent or a friend saying ‘X’ needs help now, the charity swings into action and we are there to support. Deptherapy saved my life and it has saved the lives of many others. The Veterans’ Foundation grant will save lives, it will change lives.”

Deptherapy has a stand at the Go Diving Show on 4-6 March and the team will be speaking on the Main Stage on both days about their work. The charity will also be using the show to kickstart a campaign to recruit new beneficiaries, which it has been unable to do during COVID.

Medical and academic research shows clearly that the Deptherapy programme works. Without ongoing support from the Veterans’ Foundation and other fundraisers, it would not be possible to continue the charity’s life changing work. Deptherapy hopes to attract new sponsors at the Go Diving Show and will be encouraging visitors to sign up to a new Direct Debit scheme, so that individuals can give easily and regularly to the charity to help their crucial work continue.