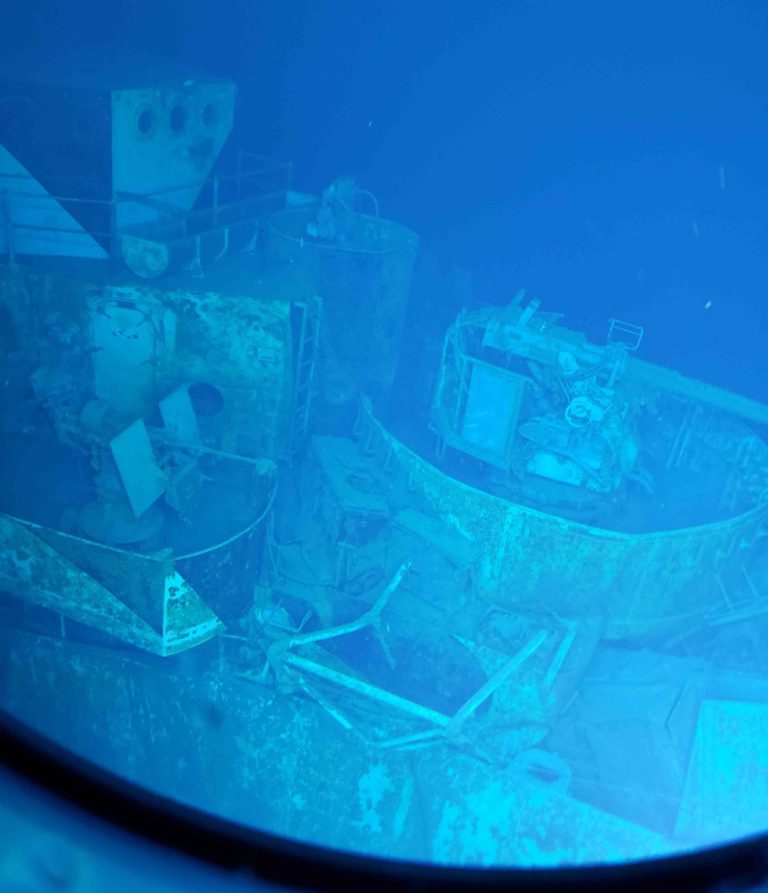 Deep-diving adventurer Victor Vescovo has discovered the world's deepest shipwreck – the USS Samuel B Roberts – a destroyer escort that was sunk during the fierce Battle Off Samar in the Philippine Sea back in October 1944.

The Texan financier, who owns deep submersible Limiting Factor, found the ‘Sammy B' lying in 6,895m, with puncture holes from Japanese shells and damage to the bow from where it impacted the seabed, but otherwise reasonably intact.

Vescovo, who was a navy reservist, said that it was ‘an extraordinary honour to locate the lost ship and retell its amazing story'.

He commented: “The Sammy B engaged the Japanese heavy cruisers at point-blank range and fired so rapidly it exhausted its ammunition – it was down to shooting smoke shells and illumination rounds just to try and set fires on the enemy vessels. It was just an extraordinary act of heroism.”

Last year, Vescovo found the destroyer USS Johnston at a depth of 6,460m. He was also the first person to visit the deepest points in the planet's five oceans, and recently went into space on New Shepard, the rocket developed by Jeff Bezos.