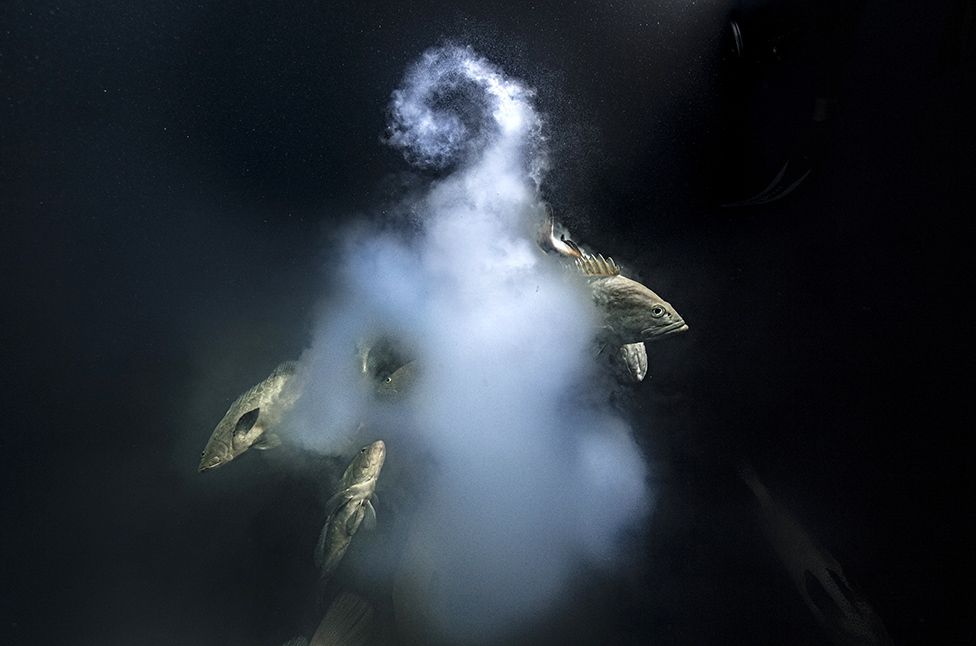 Laurent Ballesta has won the prestigious title of Wildlife Photographer of the Year with his shot of camouflage grouper taken at Fakarava Atoll in the Pacific Ocean.

Jury chair Roz Kidman Cox said the image was ‘a technical tour de force', and captures the moment when several grouper rush to release their sperm as a female fish deposits a cluster of eggs. She added: “It is surprising, energetic, and intriguing and has an otherworldly beauty. It also captures a magical moment – a truly explosive creation of life – leaving the tail-end of the exodus of eggs hanging for a moment like a symbolic question mark.”

French underwater photographer and biologist Ballesta and his team have spent five years at Fakarava in July, which is when the annual spawning event takes place, and he estimates it has taken some 3,000 hours of diving to get this award-winning image, which was chosen from over 50,000 entries.

The Wildlife Photographer of the Year annual exhibition at the Natural History Museum opens on Friday (15 October) before touring across the UK and internationally to venues in Australia, Belgium, Canada, Denmark, Germany, the US and more.