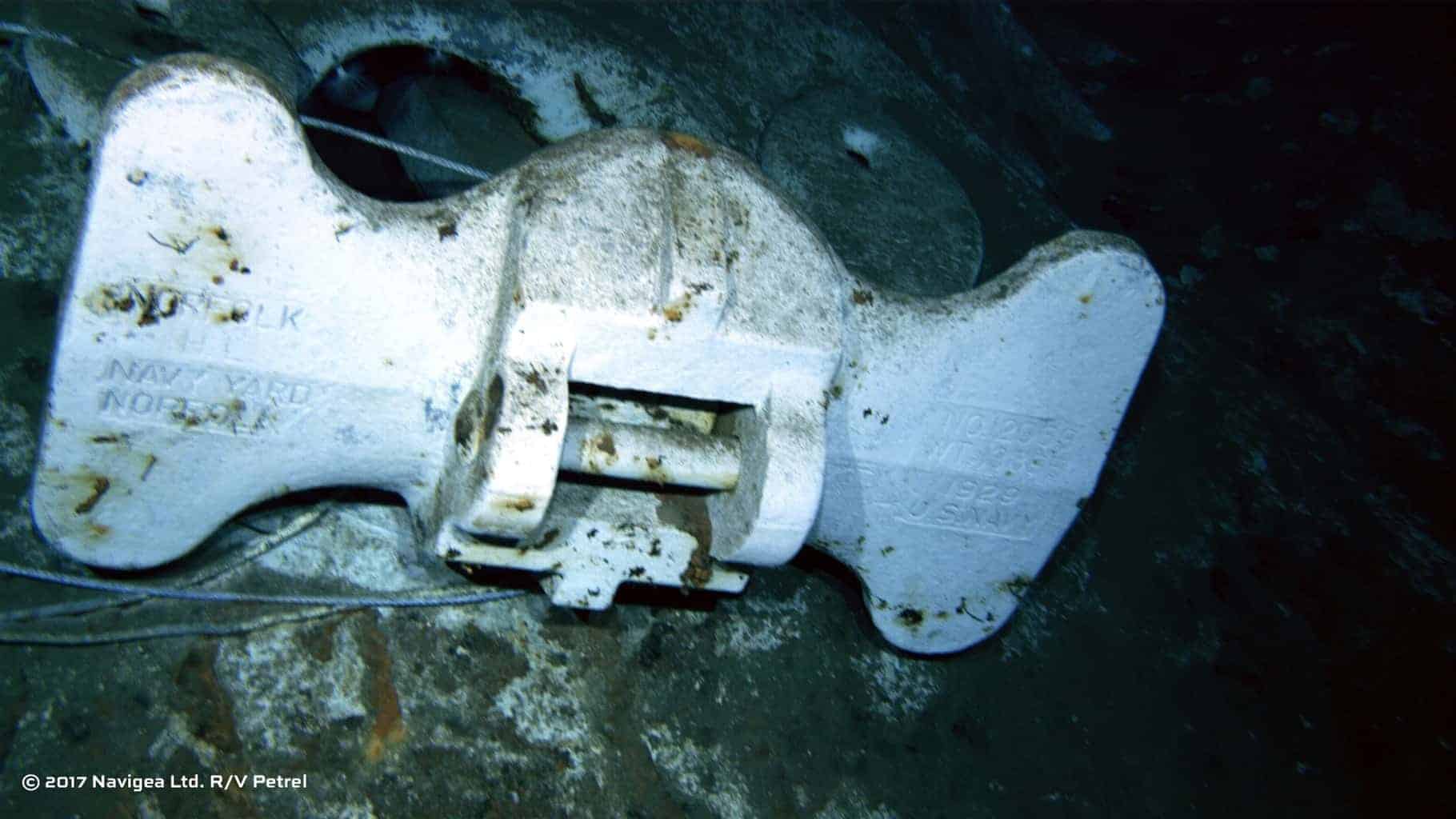 Wreckage from the long-lost USS Indianapolis was discovered on 18 August by the expedition crew of Paul G Allen’s Research Vessel (R/V) Petrel, resting some 5,500m below the surface of the North Pacific Ocean.

“To be able to honour the brave men of the USS Indianapolis and their families through the discovery of a ship that played such a significant role during World War Two is truly humbling,” Mr. Allen said. “As Americans, we all owe a debt of gratitude to the crew for their courage, persistence and sacrifice in the face of horrendous circumstances.  While our search for the rest of the wreckage will continue, I hope everyone connected to this historic ship will feel some measure of closure at this discovery so long in coming.”

The Indianapolis was tragically lost in the final days of World War Two when it was torpedoed by a Japanese submarine in the early morning hours of 30 July 1945. The Indianapolis sank in 12 minutes, making it impossible to deploy much of its life-saving equipment. Prior to the attack, the Indianapolis had just completed its secret mission of delivering components of one of the two nuclear weapons that were dropped on Japan. Of the 1,196 sailors and marines onboard, only 316 survived. 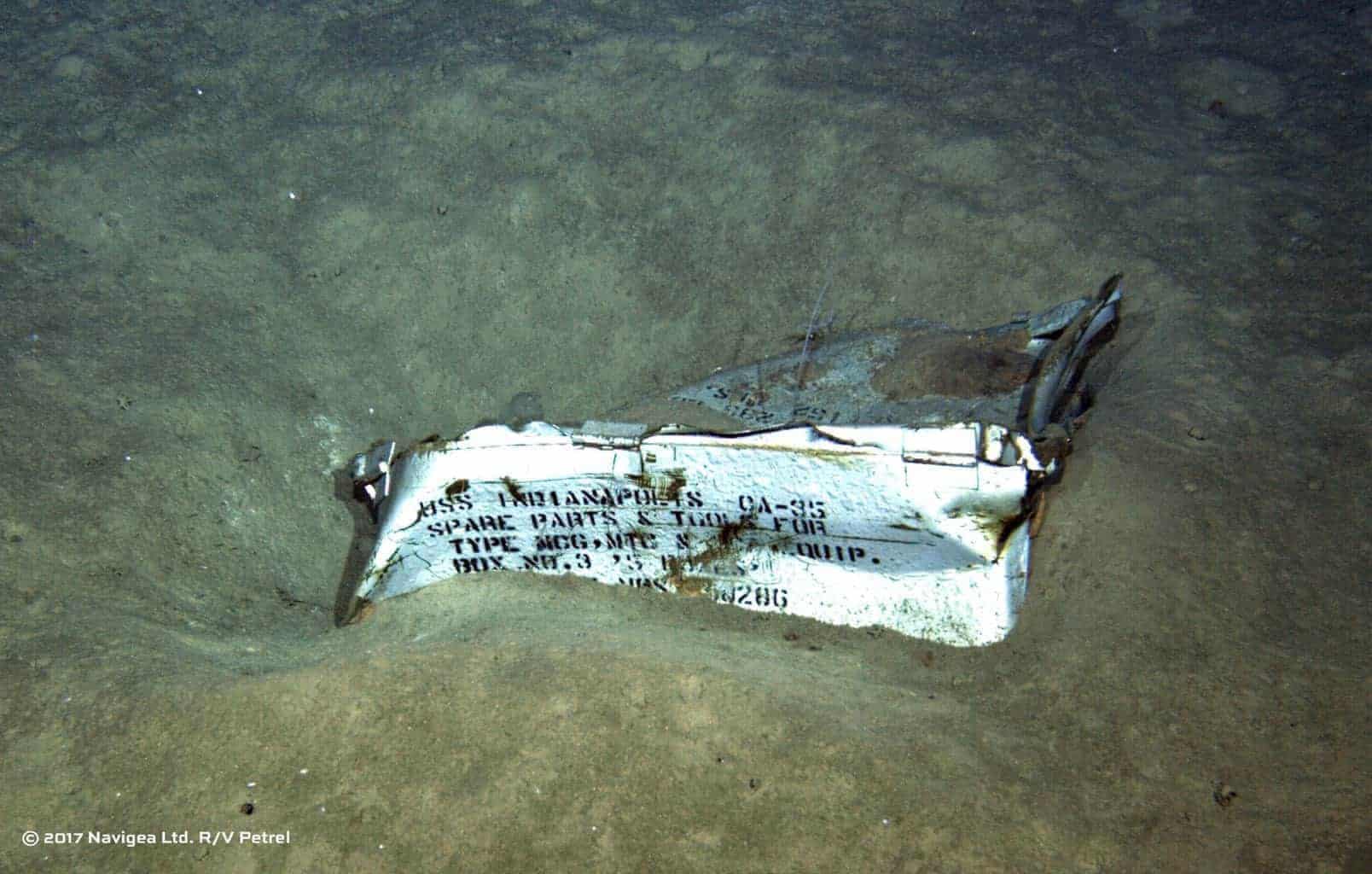 “Even in the worst defeats and disasters, there is valour and sacrifice that deserve to never be forgotten,” said Sam Cox, Director of the Naval History and Heritage Command. “They can serve as inspiration to current and future sailors enduring situations of mortal peril. There are also lessons learned, and in the case of the Indianapolis, lessons re-learned, that need to be preserved and passed on, so the same mistakes can be prevented, and lives saved.”

“For more than two decades I’ve been working with the survivors. To a man, they have longed for the day when their ship would be found, solving their final mystery,” said Capt. William Toti (Ret), spokesperson for the survivors of the USS Indianapolis. “They all know this is now a war memorial, and are grateful for the respect and dignity that Paul Allen and his team have paid to one of the most tangible manifestations of the pain and sacrifice of our World War Two veterans.”

As the naval flagship of the Fifth Fleet, the sunken Indianapolis was the object of many previous search efforts. Allen had recently acquired and retrofitted the 76-metre R/V Petrel with state-of-the-art subsea equipment capable of diving to 6,000m.

“The Petrel and its capabilities, the technology it has and the research we’ve done, are the culmination of years of dedication and hard work,” said Robert Kraft, director of subsea operations for Allen. “We’ve assembled and integrated this technology, assets and unique capability into an operating platform which is now one among very few on the planet.” 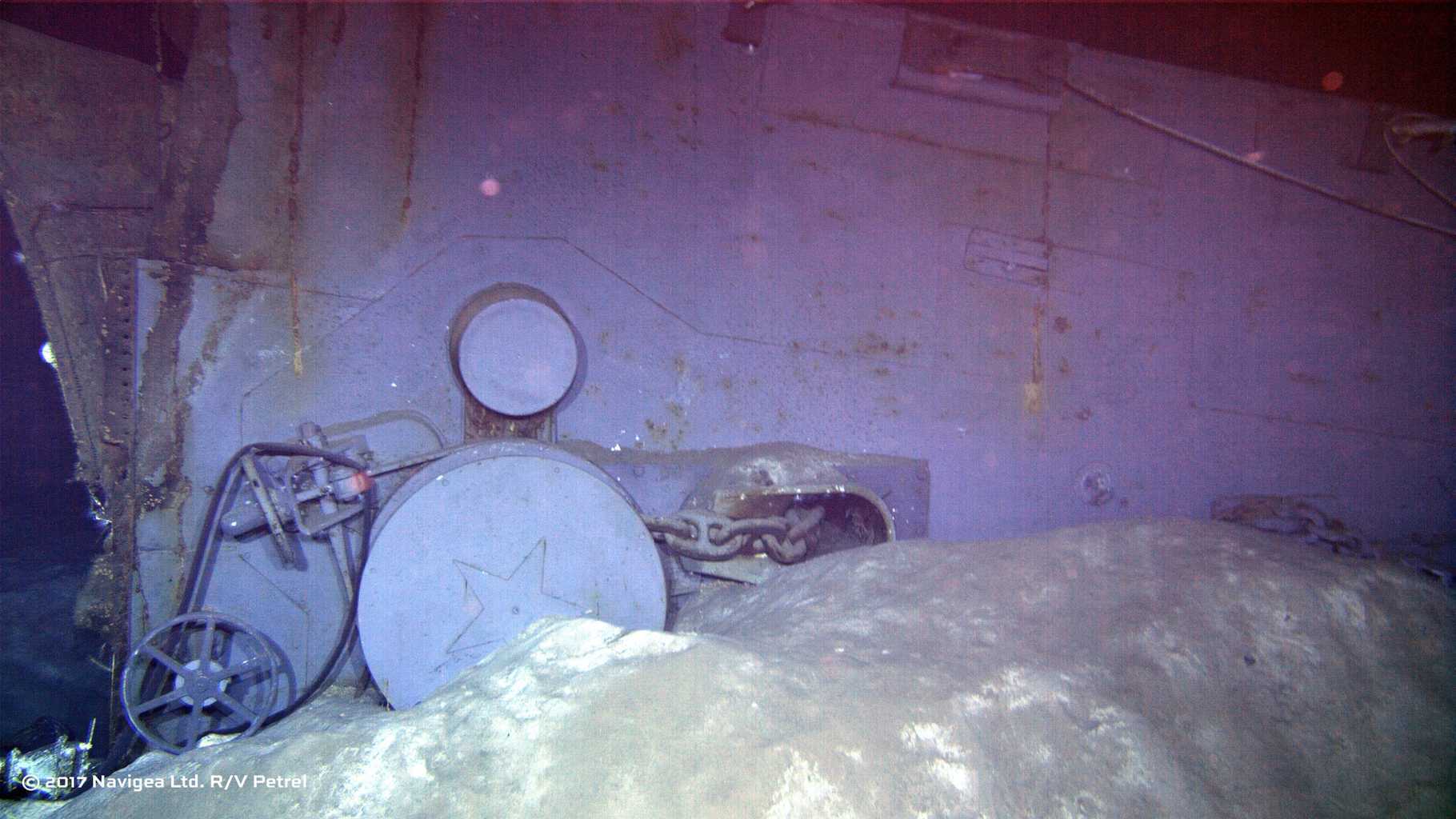 The other key factor in the discovery was information that surfaced in 2016 by Dr Richard Hulver, historian with the Naval History and Heritage Command, which led to a new search area to the west of the original presumed position.

By finally identifying a naval landing craft that had recorded a sighting of the USS Indianapolis the night that it was torpedoed, the research team developed a new position and estimated search, which was still a daunting 600 square miles of open ocean.

Allen-led expeditions have also resulted in the discovery of the Japanese battleship Musashi (March 2015) and the Italian World War Two destroyer Artigliere (March 2017). His team was also responsible for retrieving and restoring the ship’s bell from the HMS Hood for presentation to the British Navy in honour of its heroic service.

The 16-person expedition team on the R/V Petrel will continue the process of surveying the full site as weather permits and will be conducting a live tour of the wreckage in the next few weeks. The USS Indianapolis remains the property of the US Navy and its location will remain confidential and restricted by the Navy. The crew of the R/V Petrel has been collaborating with Navy authorities throughout its search operations and will continue to work on plans to honour the 22 crew members still alive today, as well as the families of all those who served on the highly decorated cruiser.

History of the USS Indianapolis 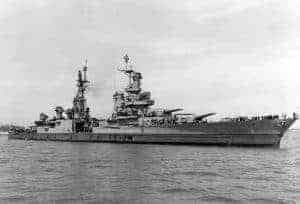 Commissioned in November 1932, the USS Indianapolis (CA-35) was a 9,800-ton Portland Class heavy cruiser that operated in the Atlantic and Pacific during the peacetime years. During World War Two, the Indianapolis served with honour from Pearl Harbour earning ten battle stars and frequently operated as the flagship of the Fifth Fleet.

The loss of USS Indianapolis (CA-35) was a tragic moment following the completion of a secret mission, which contributed to the end of World War Two. After a successful high-speed run delivering crucial components of the first operational atomic bomb, Little Boy, from California to a naval base on the Pacific island of Tinian, the cruiser was enroute from Guam to Leyte when she was torpedoed by Japanese submarine I-58 in the early hours of 30 July 30 1945.

The US Navy cruiser tragically sank within an hour. Due to communications and other errors, her loss went unnoticed until a passing aircraft spotted survivors several days later. Approximately 800 of the ship’s 1,196 sailors and marines survived the initial strikes and sinking, but after four to five harrowing days and nights drifting at sea, only 316 men survived. The Indianapolis remains to be the most-tragic maritime disasters in US naval history.