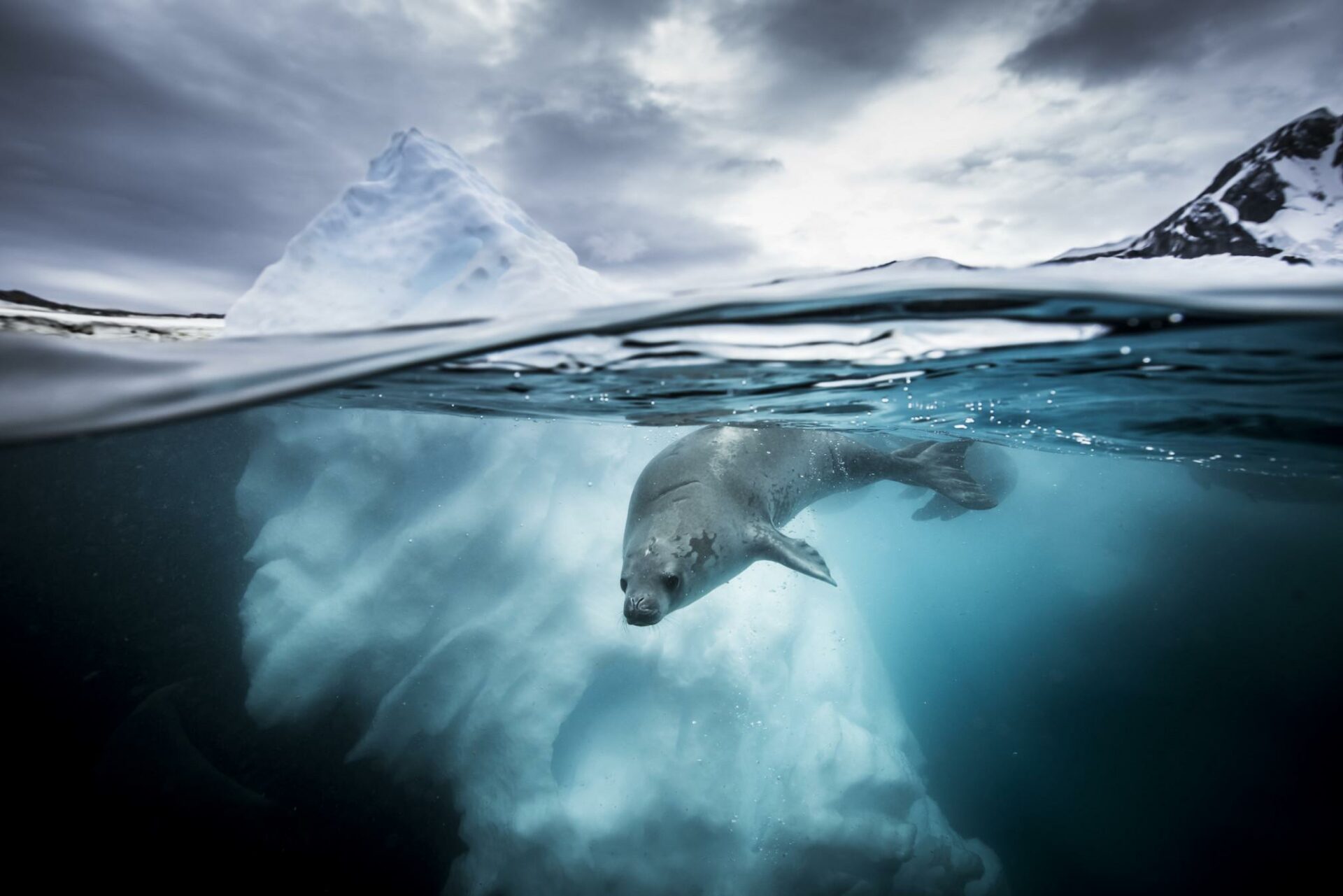 The Right Stuff Anne Medcalf looks at what to consider...

Jessica said: “As a biologist I have been working with seals for many years and traveling to the Antarctic since 2009. This is a photo from one of my favourite encounters. It was captured on a snowy dramatic day, the sky could not have been more perfect. We were in a spot known as the Iceberg Graveyard on the Antarctic Peninsula, where massive ice giants come to rest on a rocky bottom. There was a group of eight crab-eater seals cavorting around the bergs and they spent the better part of an hour spy hopping, splashing and circling around us. It was one of the most memorable experiences I have had with this species. Out of all the shots this was my favourite. This curious Antarctic seal in his incredible polar home.”

This shot puts you right in the picture and records a special encounter in a very special place. Every element contributes and the lucky or intended curve of the split creates great spatial depth.
Peter Rowlands