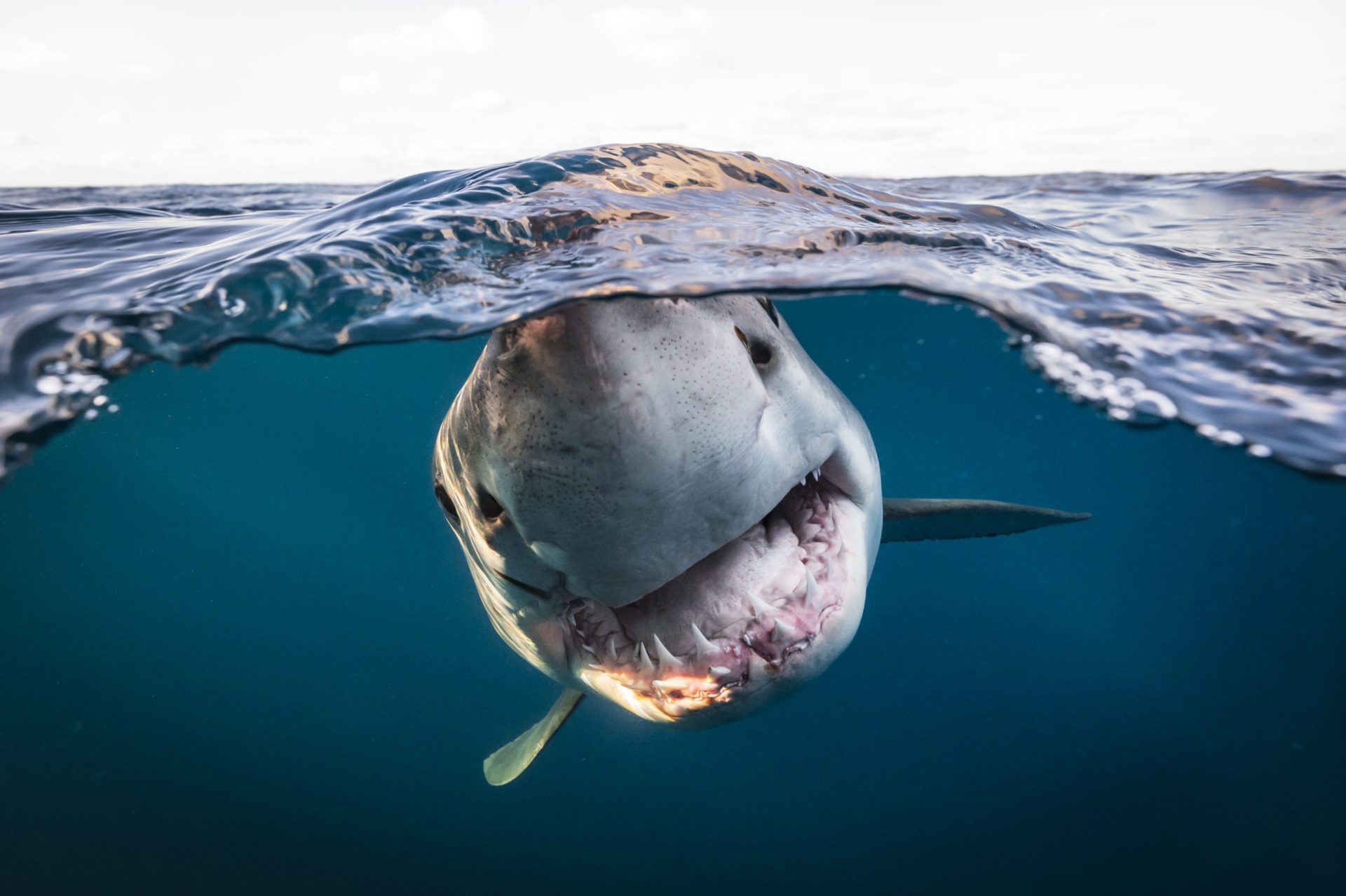 An astounding photo of five whalesharks feeding together at night in the waters of the Maldives sees Rafael Fernandez Caballero from Spain named Underwater Photographer of the Year 2022 (UPY 2022).

‘Giants Of The Night' features five whalesharks, the biggest fish in the world, feeding together on nocturnal plankton that have been concentrated in the lights of a boat. “It was already incredible when one whaleshark came to our boat,” explains Fernandez. “But more and more kept arriving. I was diving with Gador Muntaner, a shark researcher, who couldn’t believe it as their numbers grew. He counted 11 sharks that night – a once-in-a-lifetime encounter that nobody thought was possible.”

Competition judge Peter Rowlands commented: “This image took my breath away from the first viewing and I never tired coming back to it. Scale, light and the sheer numbers of big subjects, this was, by some distance, our winning image.”

Judge Alex Mustard added: “Photography needs light and simply recording these giants in a dark ocean is a massive achievement. To do this with such beautiful light and careful composition of the five sharks is outstanding.”

“Restriction on travel over the last year may have stopped many photographers visiting their favourite waters, but it hasn’t stifled their creativity,” commented judge Mustard. “The Underwater Photographer of the Year contest aims to celebrate underwater photography in all its forms and we are delighted that many of this year’s awarded images come from home countries and some are even taken in swimming pools.”

To produce ‘Great White Split', Smith built a special supersize dome port for his camera, as well as a carbon pole and remote trigger to allow him to get this revealing perspective. “I had wanted to shoot a charismatic over/under portrait for years,” explained Smith. “Some techniques I had previously tried failed terribly, so this time I designed and constructed my own equipment to get the camera exactly where I wanted. Surprisingly, the sharks were instantly attracted to the camera, in fact it was a battle to stop them biting it!”

UPY 2022 competition judge Tobias Friedrich commented: “This split shot of the most famous fish in the sea truly captures its character. An excellent reward for the perseverance of the photographer, experimenting with different techniques until he got the result he wanted.”

In the same contest, Thien Nguyen Ngoc from the Vietnam was named ‘The Save Our Seas Foundation' Marine Conservation Photographer of the Year 2022 for his aerial photo ‘Big Appetite'. The photo shows boats straining the waters for anchovies in the Phu Yen province of Vietnam.

“Salted anchovy is the most-important raw material in traditional Vietnamese fish sauce,” said Nguyen Ngoc, “but these little fish are a keystone of the ecosystem. The reserves and catches of anchovies have decreased by 20-30% in the past ten years. When they are overfished, the whales, tunas, sea birds and other marine predators face starvation and critical population declines.”

Competition judge Rowlands commented: “A stark visual reminder of man’s reach and control over the surrounding habitat and its devastating effect on the natural balance.” Mustard added: “The mouths of these nets dwarf the people casting them, and the tight composition speaks about our squeeze on nature.”

Adabal’s photo was taken at sunset off Sairee Beach, Koh Tao, Thailand and is purposely shown upside down. “This photo features Jeniya, who moves so poetically in the water,” explained Abadal. “What I like about this photograph is the imperfection of backscatter in the dark water, creating the feeling of outer space and making it perfect to me.”

Judge Mustard explains the reasons for the photo’s success: “In this category we are always looking for exciting new talent bringing fresh visions to underwater photography. This image is a fabulous example. Simple subject matter, elevated into an artistic image by the imagination, ideas and talent of the photographer and model.”

You can see all of the UPY 2022 winners on the Underwater Photographer of the Year website.

Underwater Photographer of the Year is an annual competition, based in the UK, that celebrates photography beneath the surface of the ocean, lakes, rivers and even swimming pools. British photographer Phil Smith was the first underwater Photographer of the Year, named in 1965. Today’s competition attracts entries from all around the world, has 13 categories, testing photographers with themes such as Macro, Wide Angle, Behaviour and Wreck photography, as well as four categories for photos taken specifically in British waters. This year’s UPY 2022 judges were experienced underwater photographers Peter Rowlands, Tobias Friedrich and Dr Alexander Mustard MBE.