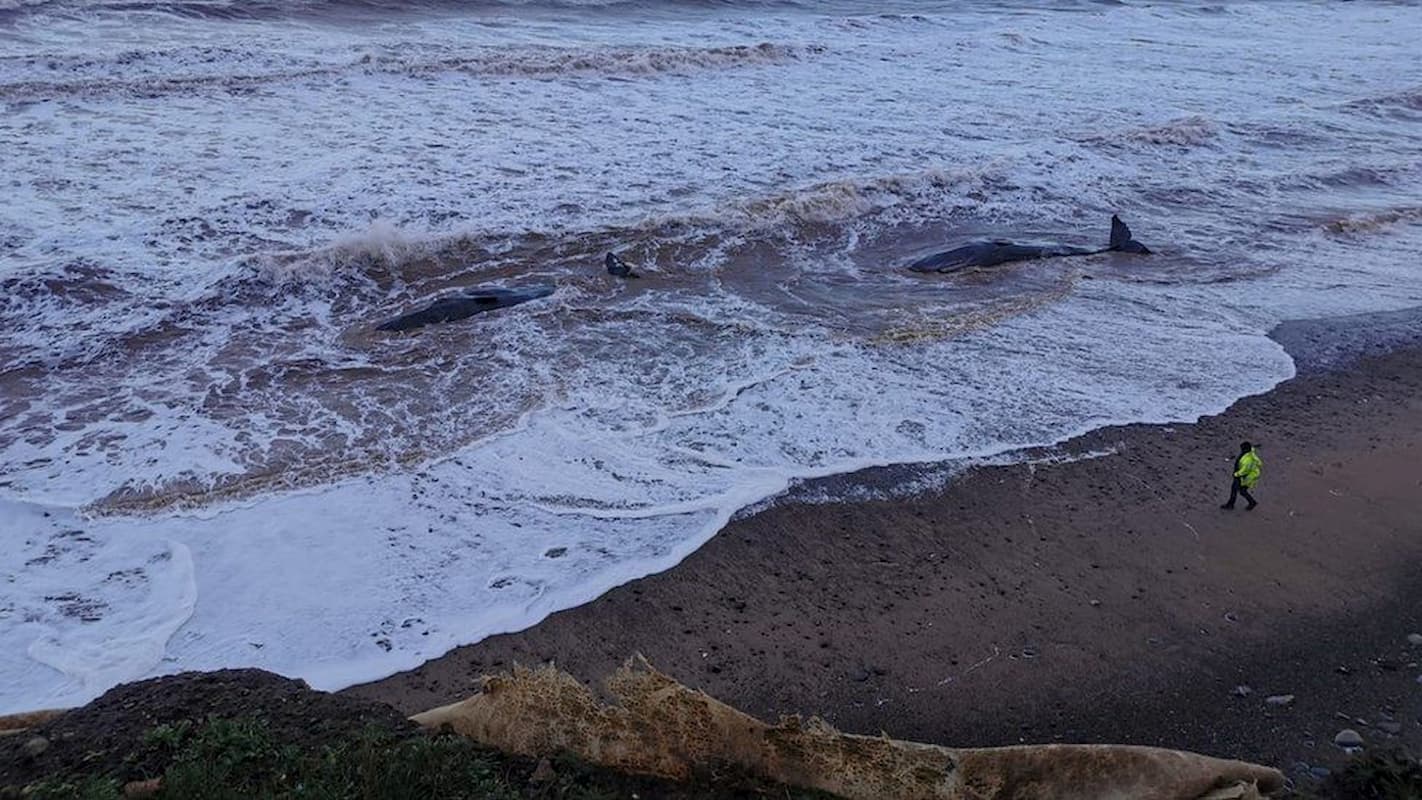 Christmas Eve ended in tragedy as ten sperm whales which had become stranded between Withernsea and Tunstall near Hull in East Yorkshire died.

HM Coastguard and British Divers Marine Life Rescue (BDMLR) marine mammal medics arrived on site shortly after the whales were first seen at around 8.30am. The whales, which were said to be in poor nutritional condition – the shallow North Sea is far away from their normal habitat in waters over 2,000m deep, and thus would not provide necessary sustenance – were still far too big and heavy for the attending BDMLR medics to even attempt a rescue, especially given the stormy conditions.

Sadly, with animals this size – sperm whales can grow to more than 20 metres in length and weigh over 80 tons – there is no safe and effective method available to put them to sleep, so those on scene were forced to stand by and watch things play out.

Sea Watch Foundation ambassador and marine expert Robin Petch said that sperm whales are a deep-water animal and that younger males can end up confused in the shallower water off the east coast, adding that the loss of a large group such as this was catastrophic.