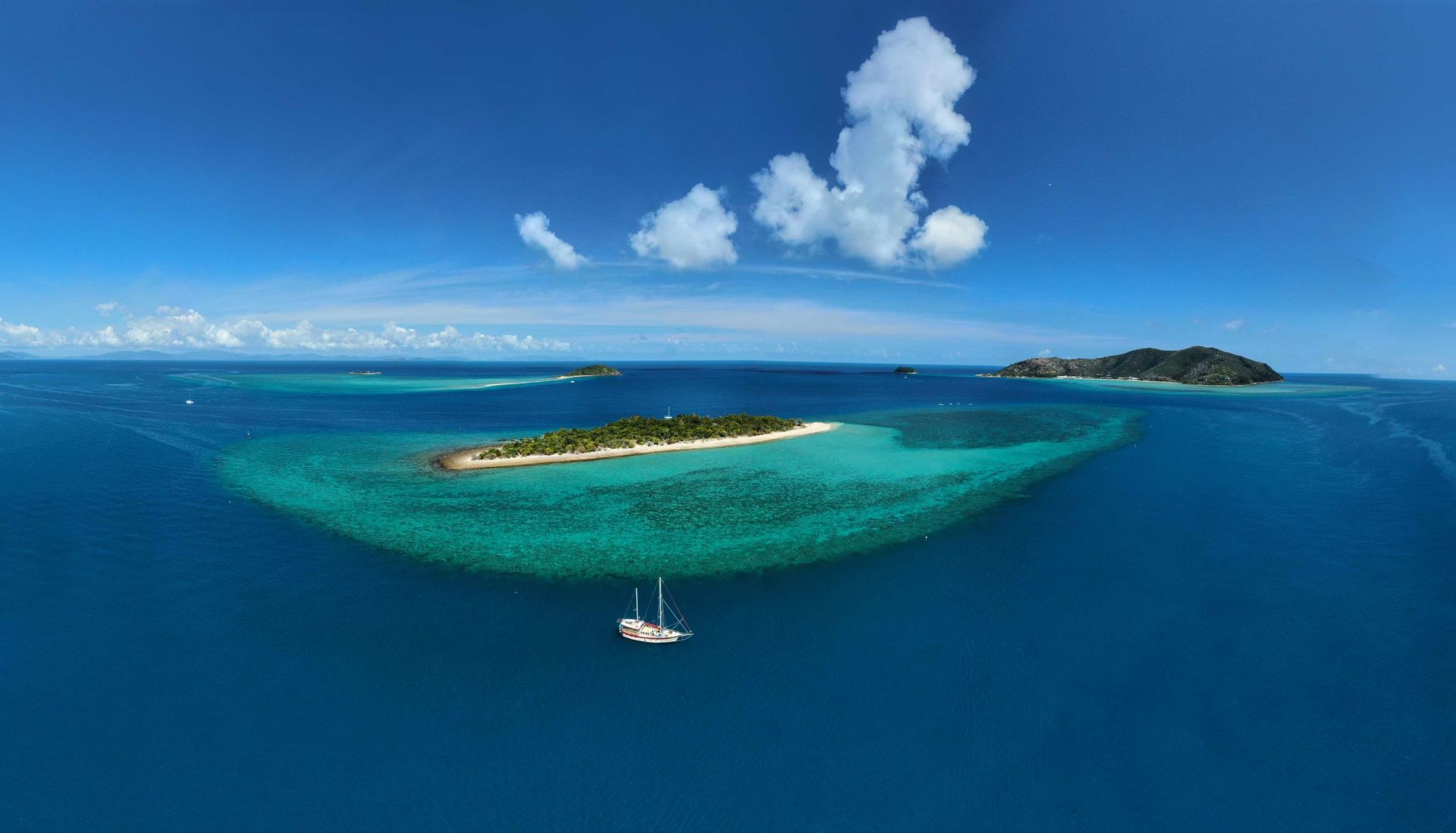 Large areas of damaged coral reefs across the length of the Great Barrier Reef could soon be restored thanks to a unique partnership between scientists and tourism operators in the Whitsundays.

Coral restoration efforts have so far only been conducted on a small scale, but a new project has expanded the program to partner with tourism operators to deploy an innovative technique to grow baby corals and settle them onto damaged reefs.

The technique, successfully pioneered on the Reef by Distinguished Professor Peter Harrison working with the Great Barrier Reef Foundation, is known as Coral IVF. Hundreds of tourism operators and citizen scientists could soon learn how to use it to help restore large areas of damaged coral reefs.

This month, four Whitsunday tourism operators joined researchers on the Reef for the annual coral spawning event, when corals release trillions of eggs and sperm into the water in a mass breeding phenomenon. They learned how to collect the spawn and grow baby corals in special floating nurseries.

“This is a critical next step in reaching kilometre-scale coral restoration by working with the hundreds of tourism operators and citizen scientists who are passionate about helping save our Reef,” Ms Marsden said.

“Innovations like Coral IVF bring us hope for the future of the Reef, but we were previously only able to do it on a small scale.

“Through our Reef Islands Initiative, researchers have been upskilling local tourism operators to ignite a local reef restoration movement that is grounded in science and is scalable.”

“By collecting small amounts of the spawn slicks from the sea surface we can maximise the rates of cross-fertilization and genetic diversity among the breeding corals, and rear many millions of coral larvae in larval nursery pools directly on the Reef. Once the larvae are ready to settle we than deploy large numbers of larvae onto degraded reef sites, and then monitor their survival and growth until they grow large enough to start breeding” said Prof. Harrison.

Australian Institute of Marine Science Principal Systems Engineer Dr Mark Gibbs said “we are harnessing the power of the local community, their boats and expertise, to overcome one of the greatest challenges in reef restoration, which is to help reefs at a larger scale.

“The floating nurseries we are moving are large, and carry precious coral cargo, so it’s important we develop a routine approach that is as safe and as effective as possible.”

Whitsunday Reef Islands Initiative Coordinator Johnny Gaskell, of Reef Catchments, said “limited coral recovery at some tourism sites has highlighted the need to pilot new approaches to reef restoration. The key to a sustainable approach is the development of programs that are driven and led by local tourism, community and Traditional Owner partners.

“To guide site selection, baseline maps that integrated current and historical distribution of reef habitats, their environmental regime and exposure to stress, as well as local coral connectivity patterns were created by University of Queensland as part of the Whitsunday Reef Island Initiative” Mr Gaskell said.

Whitsunday Charter Boat Industry Association (WCBIA) Secretary, Adrian Bram said “Marine Tourism operators in the Whitsundays generally view themselves as guardians of the Reef and for many years have committed time and resources to Reef Preservation.

“Participating in this Reef regeneration program is something done willingly and with enthusiasm by the participating Operators and their Crews. We applaud and support the contribution of WCBIA Operators – Ocean Rafting, Red Cat Adventures, SV Whitehaven, Southern Cross Sailing, as well as Daydream Island and the scientists leading this important trial,” Mr Bram said.

This trial is part of the Great Barrier Reef Foundation’s Reef Islands Initiative, the largest reef island habitat rehabilitation project of its kind in the Southern Hemisphere. The Initiative is supported by funding from Lendlease, the Australian Government’s Reef Trust, the Queensland Government and the Fitzgerald Family Foundation.

What is coral IVF?

Coral IVF aims to re-establish coral breeding populations on damaged reefs. Researchers are giving nature a helping hand by collecting millions of coral eggs and sperm during the spawning season, growing them into baby corals in specially designed larval pools and then deploying them onto degraded areas of the Reef.

What is coral spawning?

Coral spawning is when new life begins on the reef. It occurs on a few nights each year after the full moon in late spring and early summer, in a mesmerising natural phenomenon that has been described as an underwater snowstorm.

Right now (late spring), corals on the Great Barrier Reef are releasing eggs and sperm in tiny bundles that float slowly to the ocean surface. These tiny bundles contain multiple eggs and high concentrations of sperm, and the bundles break apart and enable fertilisation to occur. After about a week of larval development the larvae settle onto areas of the reef and become baby coral polyps that grow into young corals, providing hope for the future of our Great Barrier Reef.