Sponsored Post - With scuba diving and global travel becoming ever more popular, the search for new dive destinations is underway; from the tropics to the poles.

Divers are seeking new adventures away from the tourist hotspots, in remote and sometimes previously unknown areas.

Here are our top seven alternative dive destinations, just waiting to be explored:

Antarctica is one of the world’s most remote and least visited areas; owned by nobody and visited mainly by researchers. Despite its remote location, divers can enjoy a surprising diversity of dive types from Antarctica liveaboards. Diving is possible from zodiac boats, off beaches, and through ice holes.

Divers can expect to see large underwater ice formations and enjoy bright blue waters. Wildlife seen during dives includes various species of fish, jellyfish, starfish and krill. Divers are also likely to see whales, penguins and seals; be that from a cosy liveaboard boat or, if lucky, during a dive. The Ortelius cruise ship offers Antarctica liveaboard diving with penguins, sea lions and leopard seals.

Peak season is November to March, with December and January being popular months because of warmer temperatures and sunlight. Those visiting in December and January can enjoy watching young penguins and seals being raised, whereas whale fans should visit during February or March.

The water temperature is typically 32 °F (0°C) and water visibility is at its best at the end of the diving season. The diving is suitable for experienced cold-water divers only, with a minimum of 30 dives.

Diving the Arctic is very different from diving Antarctica and is possible within various countries; including Norway, Iceland and Greenland. There is an abundance of different dive sites, spectacular polar scenery, and wildlife to be enjoyed from Arctic liveaboards.

Itineraries in Greenland offer the chance to dive in Scoresby Sund; the largest and deepest fjord system in the world. This is a great destination to see large icebergs and different species of whale. Diving off Spitsbergen with the Plancius Arctic liveaboard includes diving under and next to ice floes and offers the chance to dive with sea lions, plus see the huge Monaco glacier. Polar bears and walruses can also be spotted during Arctic dive trips, though cannot be dived with.

The best time to experience Arctic liveaboard diving is from April to September, with peak tourism season occurring in June to August. April is a great month to enjoy fresh snowfall and the chance to see humpback whales.

Narwhals, seabirds and caribou are more commonly seen in later months when the icebergs begin to melt. Polar bear sightings are more common close to shore in July.

The water temperature is typically between 41 °F (5°C) and 32 °F (0°C). Cold water diving experience and a minimum of 30 dives are required.

Whilst diving the Red Sea in Egypt is well-known and popular, the incredible diversity of life and dive sites of Djibouti are still relatively unknown. Djibouti is bordered by both the Red Sea and the Indian Ocean and is well worth exploring before it becomes a mainstream destination.

The dive sites of Djibouti are quiet, allowing divers to experience all that Djibouti scuba diving has to offer without crowds of divers. A main highlight of diving the area is swimming with large numbers of juvenile whale sharks at Goubet Al Kharab with the Elegante liveaboard, a traditional sailing schooner.

It is also possible to dive between two tectonic plates at the Gulf of Tadjourah and explore plenty of other dive sites. The marine life is diverse in Djibouti and includes dolphins, nurse sharks, manta rays and pilot whales.

The water temperature ranges from 86 °F (30°C) to 79 °F (26°C) and scuba diving is possible all year. Mantas and whale sharks can be seen throughout the year, though peak whale shark season is September to October and during February. There are dive sites suitable for all experience levels.

Oman only opened to tourists relatively recently and Oman liveaboard diving is still off the beaten track, with the Oman Aggressor offering dive safaris there. The best diving in Oman is at the Daymaniyat Islands, Musandam Peninsula and Hallaniyat Islands. The Daymaniyat Islands are a marine reserve and, famed for their coral reefs, they are closed for part of every year by the Omani government.

There are dive suits suitable for all experience levels in Oman and diving is available all year. The water temperature ranges from 86 °F (30°C) to 75 °F (24°C). Winter is whale shark season, whereas May and June are the months to visit to see Hawksbill and Green turtles nesting on island beaches. Divers should note the Daymaniyat Islands are closed May to October each year.

Myanmar was closed to tourists until recent years and dive sites in this country are untouched and, in many cases, still being discovered. With over 50 dive sites to choose from, Myanmar scuba diving has plenty to offer and is best experienced by liveaboard diving the Mergui Archipelago.

This archipelago of hundreds of islands is uncrowded, remote and unexplored, with white-sand beaches in abundance. The dive sites include wall diving, drop-offs and caverns in abundance. Burma Banks is a series of flat top underwater sea mounts with large corals and an environment unique to that area.

Myanmar diving is best for experienced divers, as the currents can be strong and the sea rough. The liveaboard diving season is October to May, with the best conditions in the Mergui Archipelago during December to April. The greatest number of whale sharks and mantas are seen during February to May. Water temperature typically ranges from 86 °F (30°C) to 79 °F (26°C).

Polynesian liveaboard diving is an experience for any adventurous diver looking for tropical paradise. French Polynesia was one of the last places on Earth known to humans and only half of its 118 islands are inhabited. This volcanic archipelago remains untamed and rich with unique underwater landscapes. Divers can expect to see abundant shark life, including huge schools of grey reef sharks, blacktips and silkies, plus manta rays and dolphins. Marbled groupers also congregate annually to spawn. Rangiroa is a dive highlight, being one of the largest atolls in the world at 170 square kilometres, and numerous manta cleaning stations can be found at Fakarava. The French Polynesia Master offers liveaboard safaris to both Rangiroa and Fakarava and visits the reefs, wrecks and channels of the area.

Scuba diving is possible year-round, with water temperatures of 82 °F (28°C) January to March, through to 75 °F (24°C) during July to November. Humpback whales can be seen during the cooler months, as well as spawning groupers in June and July.

Papua New Guinea, or PNG, is the home of muck diving and is made up of more than 600 jungle-covered islands and atolls within the Coral Triangle. The area is home to six of the world’s seven species of sea turtle species, over 2000 species of fish, and abundant corals. Fans of muck diving are in their element with black volcanic sand dive sites and can explore with almost no other divers around. There are a variety of World War II wrecks to enjoy, seamounts surrounded by silvertip and grey reef sharks, and the possibility of seeing the dugong. The combination of black sands and astounding invertebrate life make Papua New Guinea diving ideal for underwater photographers.

Diving is possible at PNG with the Solomons PNG Master, which offers 7 night and longer safaris for divers wanting to immerse themselves in this divers paradise.

This article first appeared in Scubadiving.com 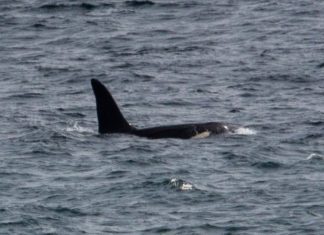 7th May 2021
Two killer whales have been sighted off the coast of Cornwall, the first time members of the UK's only resident pod have been seen...