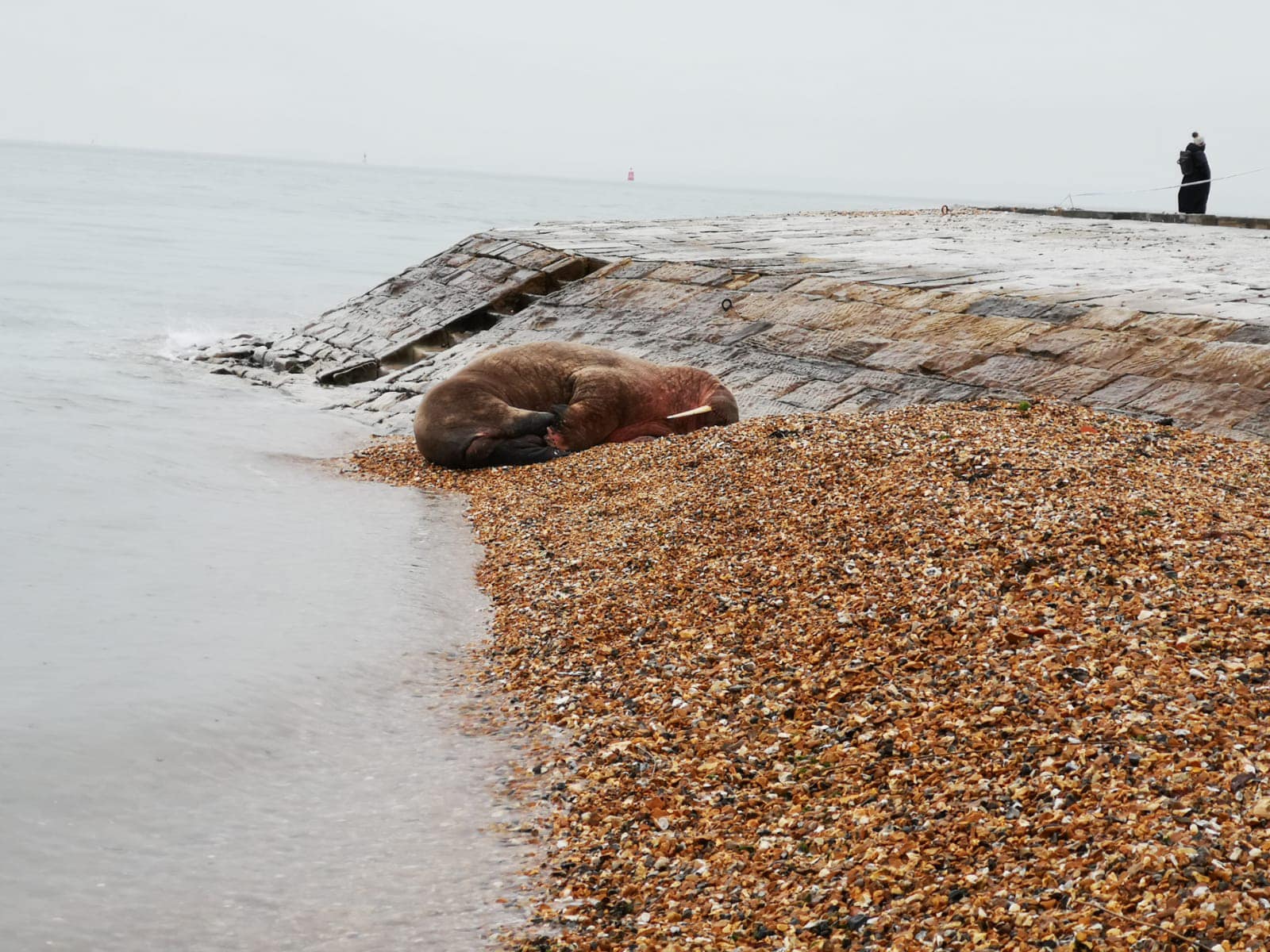 A walrus that has been nicknamed Thor was sighted chilling on a pebbly beach at Calshot in Hampshire on Sunday morning, after previously visiting the Netherlands, Dieppe and Brittany in recent weeks.

Members of the British Divers Marine Life Rescue (BDMLR) and the Coastguard were quickly on scene to monitor the animal, which swam off during the early afternoon.

It is not known how long Thor will be around the UK coastline, or where he will decide to relax next, but BDMLR asks everyone to behave sensibly and responsibly for their safety as well as that of the walrus.

BDMLR director of welfare and conservation Dan Jarvis said: “Key advice is being issued to everyone to give the walrus a very wide berth to avoid disturbing it. They travel long distances and have rest stops to recover and regain energy before moving on again. Every time it is disturbed by people being too close or noisy will impact its chances of survival.”

They commented: “Walruses are protected from disturbance under UK law.”

Thor is the latest in a series of walruses to make an appearance in UK waters, following on from Wally and Freya. Sadly, the outcomes for both these animals was vastly different.

Wally, who was seen in Ireland in March, then Tenby in Wales, before taking in a tour that included Cornwall, France, Spain and the Isles of Scilly, eventually made his way back to his native Arctic waters and was seen off Iceland in late-September.

Freya, on the other hand, who had been sighted in Shetland, was killed by Norwegian authorities in August after she set up home in the Oslo fjord as she was deemed a danger to the public, after crowds of people repeatedly got close to her despite warnings to give her space.