The SS Thistlegorm as you have never seen her before 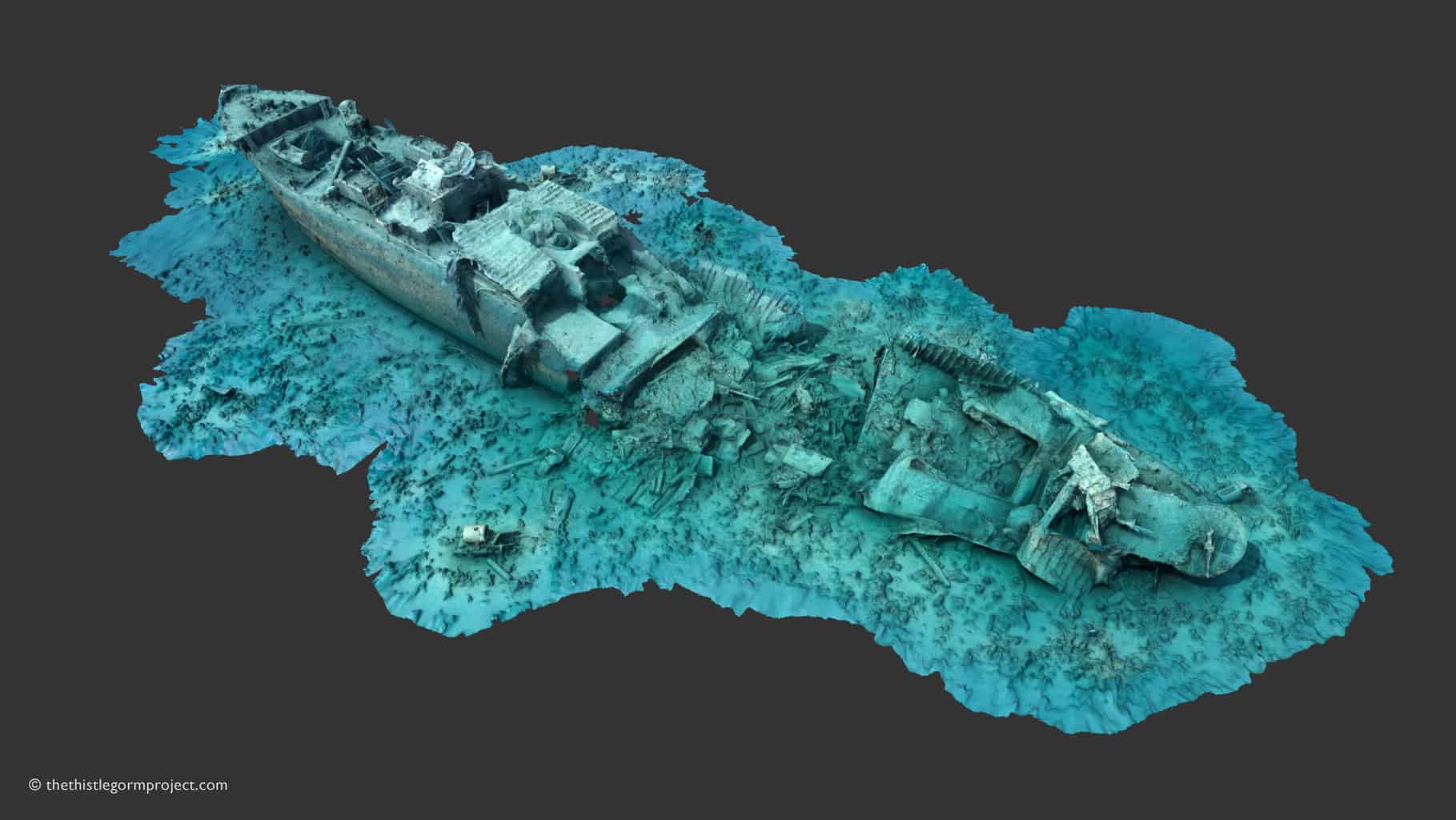 Seventy-six years to the day since the iconic SS Thistlegorm was sent to the seabed by German bombers in the Egyptian Red Sea, a ground-breaking 3D virtual-reality project presents images of the shipwreck as you have never seen her before.

The website – thethistlegormproject.com – went live this morning, and is part of a wider maritime archaeology study called Presence in the Past, which is a Newton Fund project directed by Dr Jon Henderson, from the School of Archaeology at the University of Nottingham, in partnership with Al Shams (Cairo) and Alexandria Universities in Egypt.

Visitors to the site will be able to explore the wreckage of the SS Thistlegorm through stunning 3D photogrammetry images and amazing 360 video. 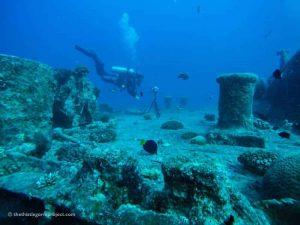 The Thistlegorm, a British merchant steam ship carrying military supplies for the Allies that was sunk in 1941 during World War Two in the Gulf of Suez, needs no introduction to divers – it is one of the most-visited shipwrecks in the world – but this new project will bring it to the attention of the general public, who are able to explore the wreck through stunning 3D photogrammetry images and amazing 360 video.

The photogrammetric survey was one of the largest-ever carried out on a shipwreck and records over seven acres of wreck through a staggering 24,307 high-resolution photos taken on 12 dives on the site (representing just 13 hours and 43 minutes in the water). As well as the outer shell of the site, its internal decks and cabins were also recorded, including its rich cargo of trucks, motorcycles, ammunition, rifles, rubber boots and more.

“The thing about underwater sites and the importance of underwater cultural heritage is that the only people who’ve ever seen it are divers,” says Dr Henderson. “However, we are now at a point where we have the technology to reconstruct these sites. We can survey them in photo realistic detail and we can create models that people can explore and interact with form the comfort of their own homes.”

The underwater archaeological project was also one of the first to utilise 360 video. “This was one of the most-exciting things because with 360 degree video, we can now do guided tours around the wreck, so you can actually experience what it’s like to dive it. For me, 360 video is a big step forward as it recreates the diving experience. You can get the impression of swimming over it and through the internal parts of the wreck.”

Dr Henderson continued: “The Thistlegorm is an amazing resource, it’s a remarkable snapshot in history, it’s got all this material from World War Two sitting on it and so there is a lot to learn from the wreck. 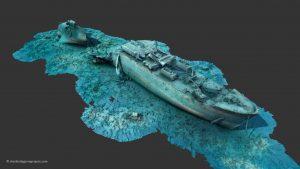 “As it’s a really popular dive site, there is a problem with the amount of divers on the site at the moment, because it’s not policed or managed. Aside from looting, the main issue we have is a lot of the dive boats that go out there are actually mooring on to the wreck itself because there is nowhere else to go. Dive boats weighing 50 and 60 tonnes are tying ropes directly onto the vessel. This isn’t such a problem for the parts of the vessel which are quite strong, but equally we have seen some boats tying on to more fragile areas, including the guns, the bridge and the railings, which can cause damage. So we need to protect these sites.

“Under the UNESCO convention (which Egypt has just signed), there’s protection for wrecks that are 100 years or older. At the moment that doesn’t cover World War One and World War Two wrecks, but if we want this resource to survive and to be sustainable as a touristic and a scientific resource to study, then we need to actually protect it.

“Carrying out a baseline survey (such as this) of exactly what’s there is the first step in doing that. We can then chart changes over time and look at what we need to protect. We can look at areas that would be better to moor on and come up with a management for the site.”

“This is an important part of Britain’s and Egypt’s shared heritage and a monument to the herculean efforts of the Merchant Navy during the Second World War. Nine men died on the SS Thistlegorm – five Royal Navy gunners and four merchant sailors – just a small part of the 35,000 out of 135,000 Merchant Navy sailors that gave their lives during the war. In the Merchant Navy, one in four men did not come back – that’s the highest proportion of all the fighting forces. We owe to the memory of these brave men to record and preserve their legacy.”

To take an underwater tour of the SS Thistlegorm, visit: www.thethistlegormproject.com