The resurrection of Divernet 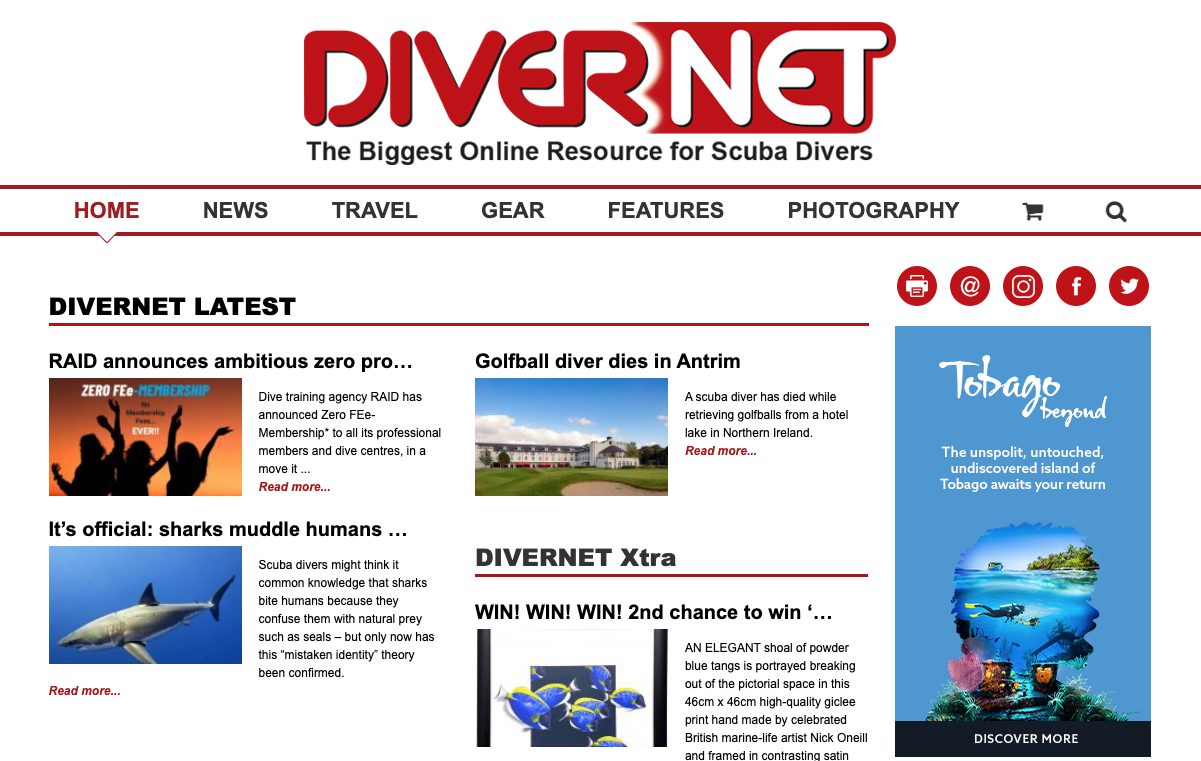 Divernet is one of the longest-established diving websites out there, first hitting the ’net in 1996, and it was a crying shame to see this valuable resource set to vanish as the Diver Group went into liquidation, one of the latest industry casualties of COVID-19.

So Rork Media, the dynamic team behind the global Scuba Diver brand – which comprises Scuba Diver in the UK, Scuba Diver Australia and New Zealand, and Scuba Diver Destinations in North America – and the GO Diving Show are pleased to announce that they have purchased Divernet and the website is now back up and running.

The team are also excited to reveal that long-standing and well-respected Diver magazine Editor Steve Weinman has agreed to return to the fold and will be taking over adding News and other content to Divernet in the near future.

Scuba Diver Editor-in-Chief Mark Evans said: “When I first entered the diving industry way back in early 1999, at one of the first shows I attended as the newly minted Editor of Sport Diver magazine, I was warmly welcomed into the diving world by Bernard Eaton, the co-founder of what became Diver magazine. He was charming, funny and asked me with a wry smile whether I truly knew what I was letting myself in for. These are words I have often remembered!

“Alas, Bernard passed away many years ago, and it was another sad day when the Diver Group went into liquidation a couple of months ago. COVID-19 has been tough for many companies, and it was the final straw for the business.”

He added: “Myself and the rest of the team at Rork Media are delighted that we have been able to salvage some of this rich heritage with the resurrection of the Divernet website, and that in the near future it will be maintained by Diver magazine’s long-time Editor Steve Weinman.”