The Marine Antiquities Scheme (MAS), the initiative created to improve knowledge of our underwater heritage through the recording of marine finds, is launching in Northern Ireland.

The Marine Antiquities Scheme (MAS), the initiative created to improve knowledge of our underwater heritage through the recording of marine finds, is launching in Northern Ireland.

The scheme, which launched in England and Wales in July 2016, aims to enhance awareness of Northern Ireland’s marine heritage by helping record archaeological finds in the marine environment. Through its website and mobile app, MAS enables users to record archaeological material discovered anywhere from the Mean Low Water Level in England, Wales and now Northern Ireland too.

MAS was created through the partnership of a number of organisations including Wessex Archaeology, The British Museum, The Crown Estate and the British Sub-Aqua Club, and in consultation with the Receiver of Wreck. With the launch of MAS in Northern Ireland, the Historic Environment Division (Department for Communities) has joined the partnership to support the research and documentation of finds in the region’s waters.

In the 18 months since MAS was launched in England and Wales, 352 finds have been recorded by members of the public. Some of the most interesting finds include a collection of Roman pottery, which includes the legible name-stamp of Advocisus in Central Gaul from around AD 200, and a medieval pilgrim’s ampulla used for carrying holy water.

Toby Gane, project manager in charge of implementing MAS at Wessex Archaeology said: “We are delighted to be involved with the Marine Antiquities Scheme and that it is now to be extended to Northern Ireland. A team at Wessex Archaeology is responsible for implementing the Scheme on behalf of the partnership, which means that we manage all finds made under the scheme and ensure that they are recorded on the MAS database. We look forward to working with organisations in Northern Ireland as the scheme is extended”.

Iain Greenway, Director of Historic Environment Division, adds: “I welcome the extension of the Marine Antiquities Scheme to Northern Ireland. The scheme will undoubtedly help to increase public participation with marine archaeology in Northern Ireland waters, whilst also promoting best practice with regard to the treatment and legal reporting of these finds.”

The MAS app allows users to locate, record and submit information about archaeological material discovered anywhere within the waters of England, Wales or Northern Ireland from the Mean Low Water Level. It is also a resource for anyone wanting to know more about marine archaeology and underwater heritage. All finds, once verified by a team of archaeological experts and when the legal requirements relating to wreck have been observed, are published on the MAS database with details of the item’s origins and history.

Since the launch, a Heritage Lottery Funding grant and support from the Fishing Protocol for Archaeological Discoveries has enabled improvement to the app to allow users to input their activity at time of the find. The Crown Estate and Wessex Archaeology are working with industry bodies and partners to secure long-term future funding for MAS.

It is available to download from relevant app stores for iOS and Android phones and tablets. 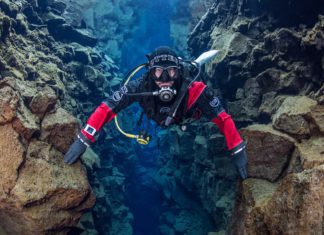 So what dive locations are on the ‘green list’?

7th May 2021
The government has revealed the UK travel 'green list' - for holidays abroad that can be taken without the need for quarantine on return...