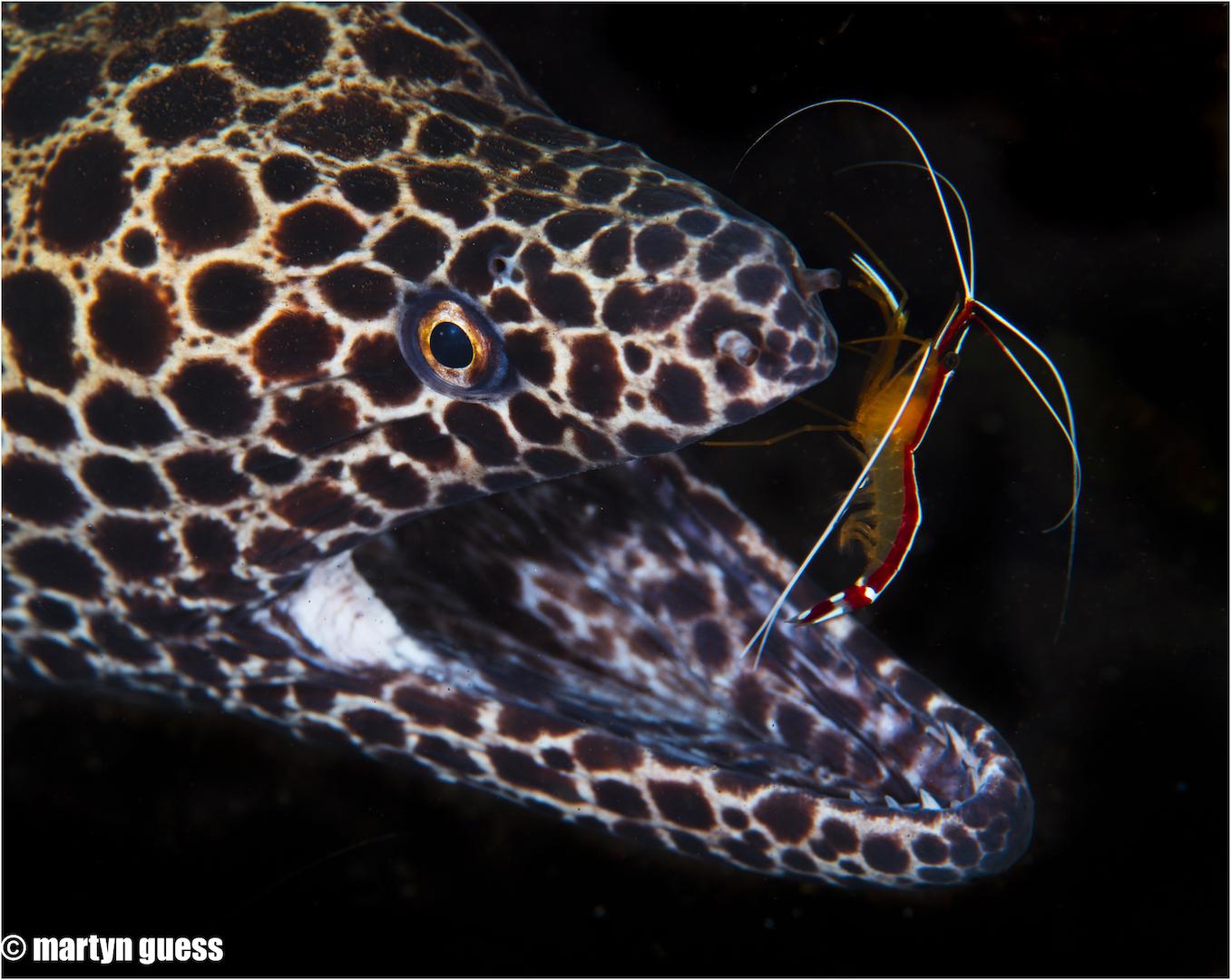 The Khaled bin Sultan Living Oceans Foundation (KSLOF) has published their latest findings from the Global Reef Expedition—the largest coral reef survey and mapping expedition in history. Released today, the Global Reef Expedition: Cook Islands Final Report contains critical information on the health and resiliency of coral reef ecosystems in the Cook Islands. It provides scientists, policymakers, and stakeholders with invaluable information they can use to protect and restore these fragile marine ecosystems. 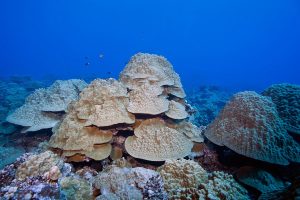 Over the course of five years, the Global Reef Expedition nearly circumnavigated the globe collecting data on the status of coral reefs in the Atlantic, Pacific, and Indian Oceans. In 2013, the expedition arrived in the Cook Islands, where scientists worked closely with local leaders, government officials, and members of the Cook Islands Marine Park Steering Committee to study the reefs. Together, they completed over 400 surveys of the coral and reef fish communities surrounding Rarotonga, Aitutaki, and Palmerston Atoll.

Scientists on the research mission also created over 400 square kilometers of detailed marine habitat and bathymetric maps of these three island areas (which are available to view on the KSLOF website). This information can help managers identify priority sites for conservation action and track changes to the reef over time. The Foundation produced an award-winning film, Mapping the Blue, which shows how these maps were made and illustrates how they can inform marine spatial planning efforts in the Cook Islands. The film stars international rugby star and conservationist Kevin Iro, who helped to establish Cook Islands’ marine park, Marae Moana—the largest marine protected area in the world. 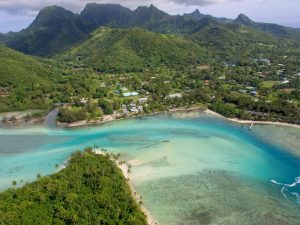 “We are excited to receive the report and are most appreciative of the work done by Living Oceans foundation,” said Marae Moana Ambassador Kevin Iro. “This report will definitely help with our current marine spatial planning of the Marae Moana and it also demonstrates that government and non-government organizations can work cooperatively to better understand our ocean environment.”

The report released today contains a comprehensive summary of the research findings from the expedition along with conservation recommendations that can help preserve Cook Island’s reefs into the future. Scientists on the expedition found that many coral reefs in the Cook Islands were in good shape, with high coral cover and diverse and abundant fish communities. For the most part, reefs in remote areas tended to be healthier than those near population centers. But while the reefs surrounding Palmerston Atoll were healthy, and the reefs in Rarotonga were doing alright, Aitutaki’s corals were being ravaged by an outbreak of crown-of-thorns starfish (COTS). 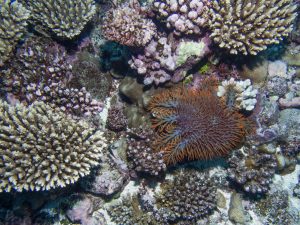 “When we arrived in Aitutaki, it was evident immediately that there was a problem. Reefs that should have been flourishing were being eaten alive before our eyes by thousands of starfish,” said Alexandra Dempsey, the Director of Science Management at the Foundation and one of the report’s authors. The reef was in crisis. In some places in Aitutaki, one of the more popular island destinations in the Cook Islands, crown-of-thorns starfish had damaged 80-99% of coral on the seafloor. “We couldn’t help but intervene.”

Over the course of a few days, scientific divers on the Global Reef Expedition collected 540 COTS from reefs around Aitutaki. The starfish were collected by hand, a daunting task as the starfish are covered in large venomous spines. Scientists returned to the reefs in 2015 to assess the damage and remove any remaining crown-of-thorns starfish. Although the reefs have likely changed since then, reefs in the Cook Islands showed many signs of resilience. When scientists returned to Aitutaki, they noted that healthy fish populations and a diverse coral community allowed new coral to settle and grow on damaged reefs, beginning the process of recovery. Based on their experience, the scientists created a best-practices guide for dealing with future COTS outbreaks and shared their findings with government officials in the Cook Islands. 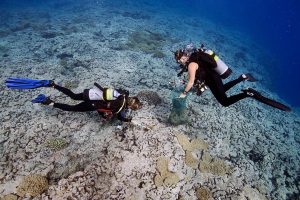 Despite the damage done by COTS in Aitutaki, the report’s authors are optimistic about the future of Cook Islands’ reefs. “With continued efforts to protect and preserve their reefs, coral reefs in the Cook Islands could become some of the best in the South Pacific,” said KSLOF marine ecologist Renée Carlton.

The Cook Islands is regarded as a global leader in marine conservation, most notably for establishing Marae Moana marine park and expanding it to include all of their waters. The development of a zoning plan for the marine protected area is currently underway to determine which activities will be allowed where.

“It was a privilege for the Foundation to work in the Cook Islands which turned out to offer some of the more vibrant reef systems encountered on the Global Reef Expedition,” said Sam Purkis, KSLOF’s Chief Scientist as well as Professor and Chair of the Department of Marine Geosciences at the University of Miami’s Rosenstiel School of Marine and Atmospheric Science. “It was particularly reassuring to see that the conservation initiatives already in place in the country, such as the widespread use of marine protected areas and reserves, are paying dividends. It is our sincere hope that the habitat and benthic maps that we have produced for the Cook Islands from satellite, along with the extensive portfolio of field data, will serve to bolster these ongoing efforts and catalyze even more ambitious conservation actions.” 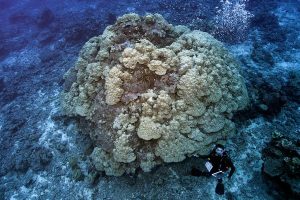 The Khaled bin Sultan Living Oceans Foundation hopes the maps and data from the Global Reef Expedition will inform ongoing marine spatial planning efforts for the marine park and help the Cook Islands refine their nearshore fishing management practices. With continued protection, coral reefs in the Cook Islands can continue to flourish for generations to come.