‘The day I made Rick Stanton dive as a disabled diver…’ 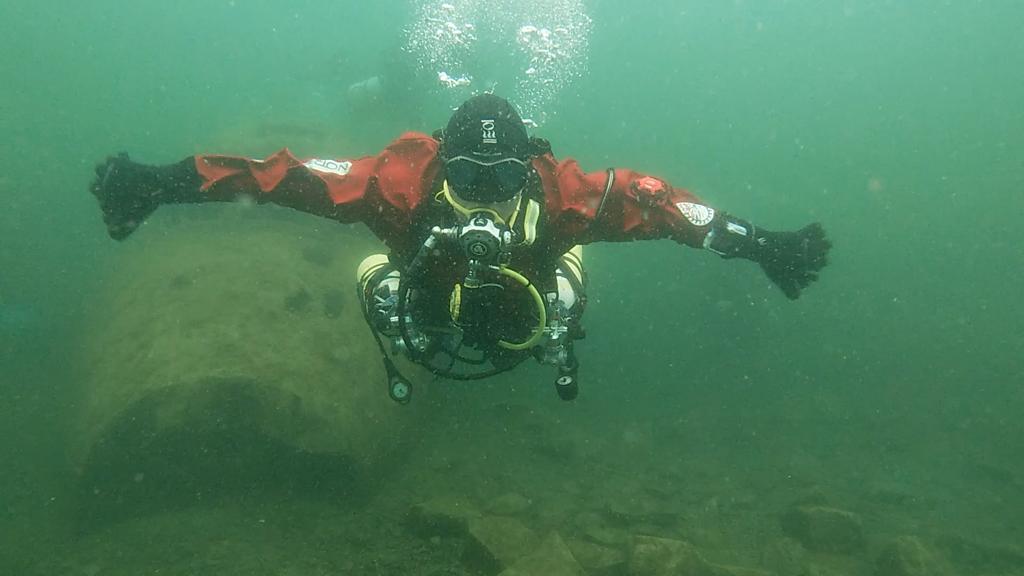 Paraplegic scuba diver Dan Metcalfe-Hall is in the midst of training for a new category of Guinness World Record, and when Rick Stanton stepped in to assist him, the Thai cave rescue hero got more than he bargained for…

‘Wheelsdan', as he is known, explained: “I was planning on doing my world record attempts in my twinset, but Sally Cartwright from the Midlands Diving Chamber said I should be in a sidemount set-up, so she said ill have a word with some people and get you sorted, you just find a sidemount rig.

“After a call to Julian at Nammu-Tech, I had a sidemount system with wing on its way. Sal subsequently introduced me to Robert Thomas and his dad Michael as my sidemount instructors. We made a plan and all met up at Stoney Cove for a day's training. Michael and Rob took no time in setting up the kit and were so easy to talk to, but there was no ‘sugar coating' my situation or disability – they just got on with it as if I was a ‘normal' diver!

“It was at this point I kind of realised these guys weren't ‘just' sidemount instructors, they really knew what they were about!”

He continued: “Then some 40 minutes later, Sal says ‘yep he is late as usual…' and out comes Rick Stanton! An absolute hero and scuba diving royalty! I was obviously quite excited and surprised to see him, then I got told he was there to dive with me. I don't think I can ever put into words what an amazing opportunity this was, or how honoured I felt that in my eyes, some of the top pros in the world were teaching me to dive in sidemount! If I couldn't learn it with these guys, I wouldn't have a hope in hell!”

Dan added: “I had a great idea and told Rick Stanton I had a surprise for him and made him spend the day diving in my second pair of webbs (my own design webbed diving gloves). He did this with no problems, however, there were a few funny moments along the way.

“I had an awesome day with everyone and would just like to say a massive thank you to the sponsors that have helped so far – Northern Diver,  Nammu-Tech,  Kent Tooling,  Midlands Diving Chamber,  Rick Stanton, Monty Halls, BSAC, Bingham SAC, Miflex, Skegness Aquarium,  and of course, Scuba Diver and Divernet. Without this awesome team I have managed to cobble together, this insane challenge wouldn't be possible!”

Wheelsdan is aiming to complete a 5km dive on 28 September in the depths of Stoney Cove, covering the distance at a depth of 6-8m. The challenge will raise money for The Scuba Trust, which has supported Wheelsdan as it does many scuba divers with a range of disabilities, and MAGPAS Air Ambulance, which responded to his life-changing motorcycle accident back in 2014 and without which he doesn't think he would have survived. Remaining funds will go towards providing changing facilities for disabled divers at Stoney Cove.

You can make donations to this epic challenge here.

However, before Wheelsdan can complete his underwater challenge, he needs help in two keys areas.

Dan explained: “I need the help of a surveyor, as I need to have Stoney Cove mapped out for distance, and a one-mile course mapped with a buoy at the start and the finish.

“I also need some way of tracking me to prove that I have done the same course, and to prove how far I have actually gone!”