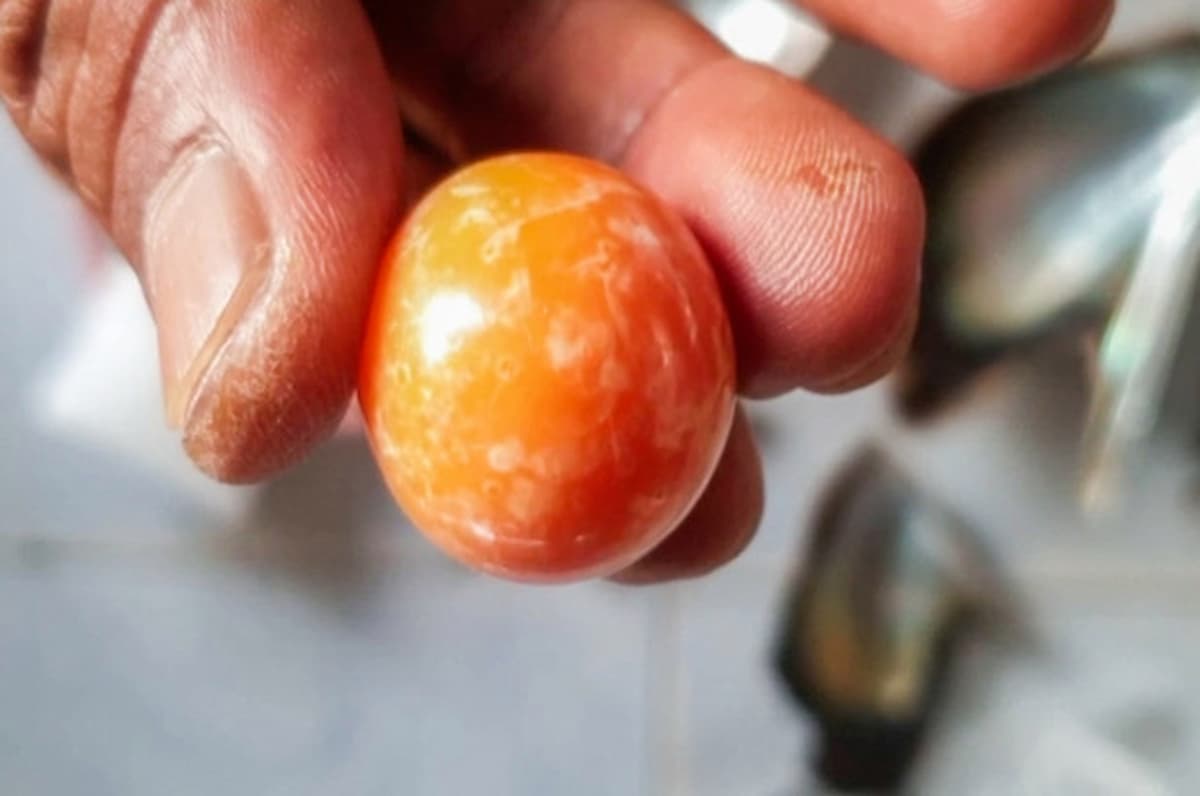 A Thai family are celebrating after finding a rare orange pearl worth a staggering £250,000, with the father stating ‘the money won't just change my life, it will change my destiny'.

Hatchai Niyomdecha and his brother Worachat Niyomdecha were wandering along the beach on Nakhon Si Thammarat in the Gulf of Thailand at the end of January when they saw a marine-encrusted fishing buoy washed up on the shoreline.

They pulled three snails off the buoy for a tasty snack, but when their 60-year-old father Bangmad Niyomdecha was cleaning the haul, he made an astonishing discovery.

Pearls found in the Melo Melo sea snail take many more years to form than those in traditional oysters, and can range in colour from tan or brown to the more-sought-after orange. Mr Niyomdecha found a tangerine-hued pearl that weighed nearly 8g – and it is thought to be worth more than £250,000.

He told ViralPress that he ‘wants to sell the pearl for the highest price – my whole family will have better lives'.

Apparently he is in discussion with a buyer from China who is offering $10 million Baht following a live appraisal.

This valuable discovery comes just weeks after another Thai fisherman found a 15lb lump of ambergris, the waxy, foul-smelling substance found in the stomachs of sperm whales, that was thought to be worth more than £165,000.