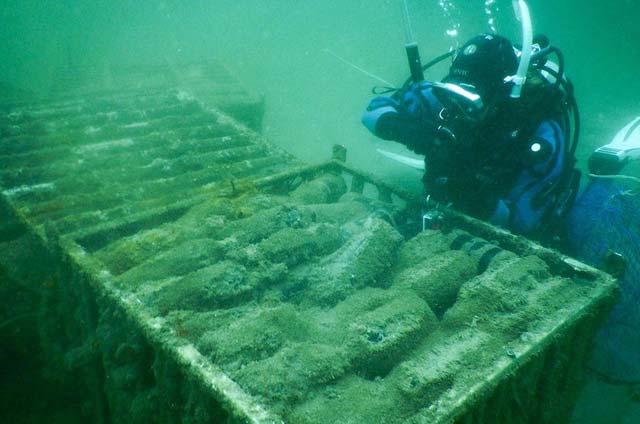 A Patagonian winery has given its latest batch of wine some added flavour – by leaving it submerged in the Atlantic to speed up the ageing process.

Rio Negra-based Wapisa apparently sank 1,500 magnums of their 2017 Malbec-blend – each costing $100 – into varying depths between 6m-15m off the shore of Las Grutas in Argentina in early 2020, claiming that nine months of ageing underwater is the equivalent of one year on dry land.

Wapisa founder Patricia Ortez explained that she was inspired by the recovery of 170-year-old bottles of champagne from a shipwreck in the Baltic Sea, and said: “After blind-tasting our underwater-aged wine and its cellar-aged counterparts, the difference was stunning – the former was rounder, more elegant and with fresher fruit.”

A second batch of bottles was due to be submerged at the end of February in new and improved cages that have been designed to allow sea water to circulate around the bottles.