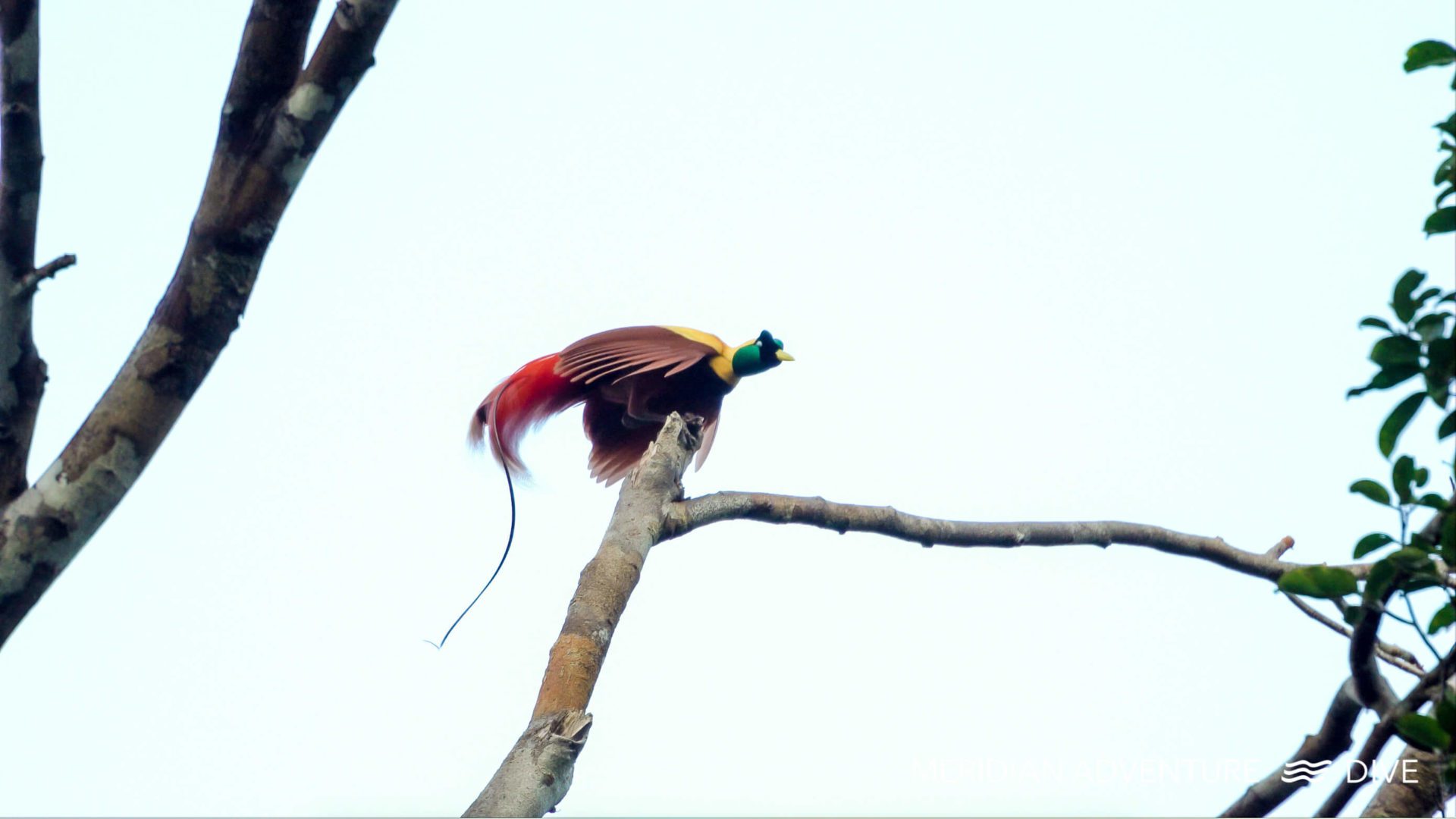 Grenada certainly deserves the title of 'Shipwreck capital of...

What You Can Expect to See When Scuba Diving...

The Birds of Paradise of Raja Ampat

Raja Ampat offers loads more than just the opportunity to scuba dive the world’s most biodiverse waters – it is also home to the Birds of Paradise – locally known as the Cendrawasih.

Raja Ampat has long been famous for its Birds of Paradise, ever since the ancient trade in their feathers in the 18th Century. Over 250 species have been connected to the archipelago including the well-known Greater Bird of Paradise. Some of these species can easily be seen during a short excursion – but others will require an extended jungle trek.

The endemic species, Red Bird of Paradise or Cendrawasih Merah is found on the island of Waigeo and Meridian Adventure Dive just loves taking guests out for a hike to view these majestic animals.

These birds are famous in the area and believed by locals to be the reincarnation of fairies, parading their beautiful colours amongst the canopies of the jungle.

The tour either starts in the early morning or late afternoon – so be sure not to forget to bring mosquito spray, binoculars, hiking shoes and be sure to wear dark clothing.

These birds are quite large and known to have a high sensitivity to smell. They are also sharp-eared and can get flustered quite easily if noise is detected in their surroundings – so you need to not only to be quiet but also think about your perfume choices for the day before going on the hike.

As with other sexually dimorphic birds of paradise, the male Red Bird of Paradise is polygamous. It also has one of the most complex courtship displays of the whole family. On high-intensity display, he performs a butterfly dance, spreading and fluttering his wings like a giant butterfly.

It is also well known that the British did not believe in this beautiful bird’s existence – they are truly rare and majestic to behold.  – Besides the trade of their attractive feathers, they were also used as a gift for the Kings in 1522 after the European acknowledgement of the bird’s existence.

Being this beautiful does not come overnight and it takes time to acquire this kind of beauty by the way – the males;’ glossy red plumes with a black corkscrew-shaped tail wire require at least six years to attain. Bird of Paradise plumes are used as currency by certain New Guinea tribes and humans have used Bird of Paradise plumes as symbols of power, wealth, or sexuality for centuries.

Researchers are only beginning to investigate their calls in detail as well. The sounds they make run the gamut from basic squawks to seemingly mechanical noises, to melodious whistles, to sounds that don’t involve their voices at all.