A two-day-old seal pup which found itself in the water off the Farne Islands in Northumberland has been rescued by the quick-thinking skippers of a tourist vessel.
William McPhee and Andrew Weightman, who work for Billy Shiel’s Farne Islands Boats – well known among British divers – were on a day-trip with tourists when they spotted the seal off South Scarcar Island, motionless in the water.

A spokesperson for Tynemouth Seal Rescue Unit said the youngster would ‘almost certainly have drowned’ if it hadn’t been pulled from the water by the men. McPhee said: “She did look rough when we picked her up, and you could tell her lungs were full, as some milky-looking stuff was coming out. We wrapped her up in a towel and she started breathing a bit better.” 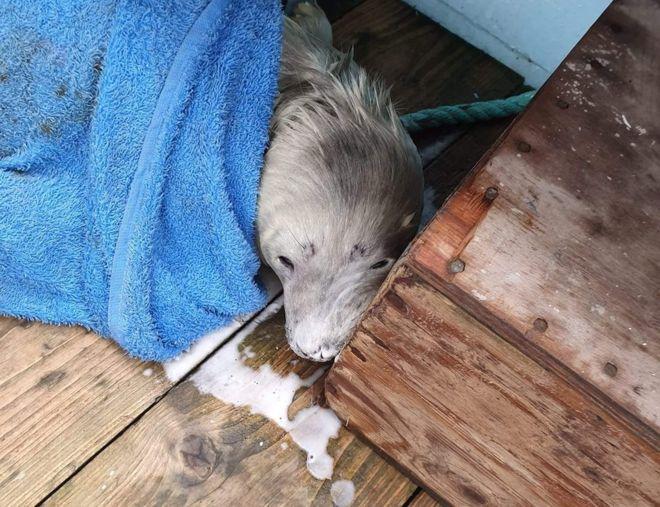 The tiny pup – believed to be the first seal pup born this season at the grey seal hotspot – must have been separated from its mother, on which they are dependent for at least the initial four weeks of their life, so the chances of it surviving alone were nil.
The animal is now in the safe hands of British Divers Marine Life Rescue (BDMLR) volunteers and staff at Blue Reef Aquarium in Tynemouth.