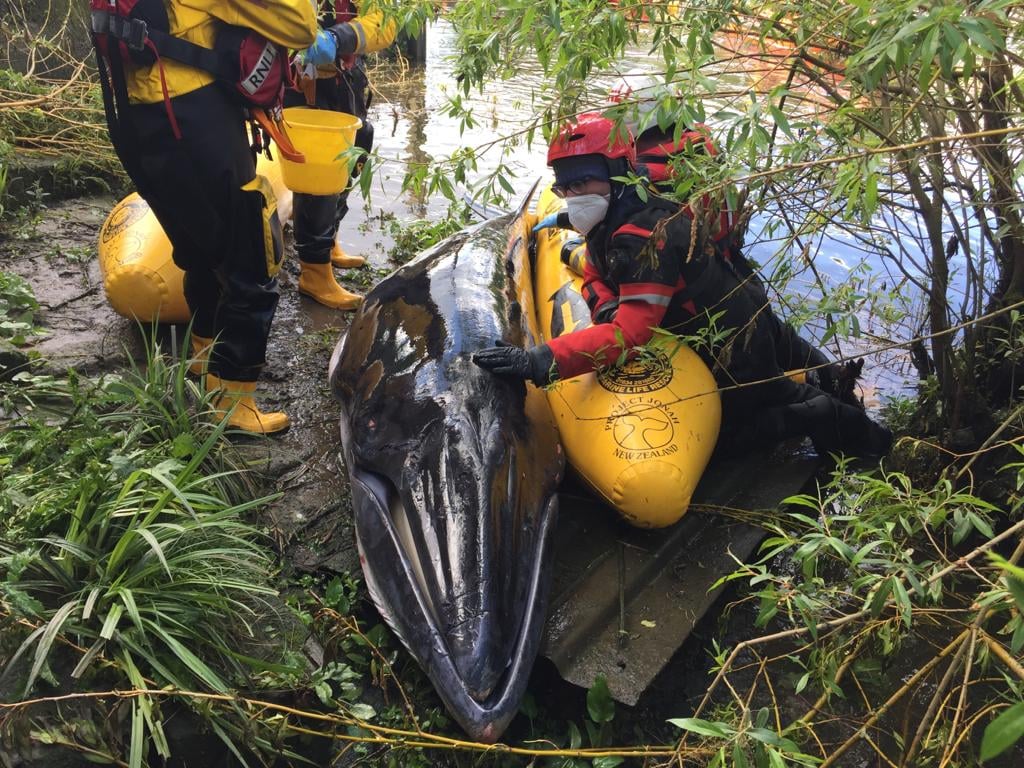 Despite the efforts of a host of organisations and groups, tragically, the juvenile minke whale that had stranded in the River Thames has had to be put down.

As reported earlier today, BDMLR, the RNLI, the fire brigade and Port of London Authority workers were all called into action last night after the minke whale was spotted stuck at Richmond Lock.

It was believed to be the same animal that was seen earlier in the day up river near Barnes Bridge.

It took several hours for the animal, estimated to be around three to four metres long, to be moved from the lock and, while it was the intention to move the minke whale to another location to determine its state of health and whether it was fit enough to be released, the animal had other ideas and slipped off the pontoon, and was last seen swimming off in deeper waters.

Sadly, it was seen swimming between Richmond and Teddington, then turned up again stranded once again.

Rescue teams said that the condition of the animal had deteriorated rapidly, and at 6pm, a vet from the Zoological Society of London administered an injection to put it out of its misery humanely.

Minke whales are the smallest of the great whales, can grow to ten metres in length, and are usually found in the northern Atlantic and Pacific Oceans, so the animal was a long way from its normal hunting grounds. A post mortem examination will now take place to reveal more as to why this young whale came to be in poor condition and lost in the river in the first place.